Accessibility links
Diplomatic Corps In Moscow Shrinks Just When U.S.-Russia Tensions Are At A High : Parallels "Throwing out 60 diplomats is a big blow to the ability of people simply to have discussions on subjects that need to be discussed," said James Collins, a former U.S. ambassador to Moscow. 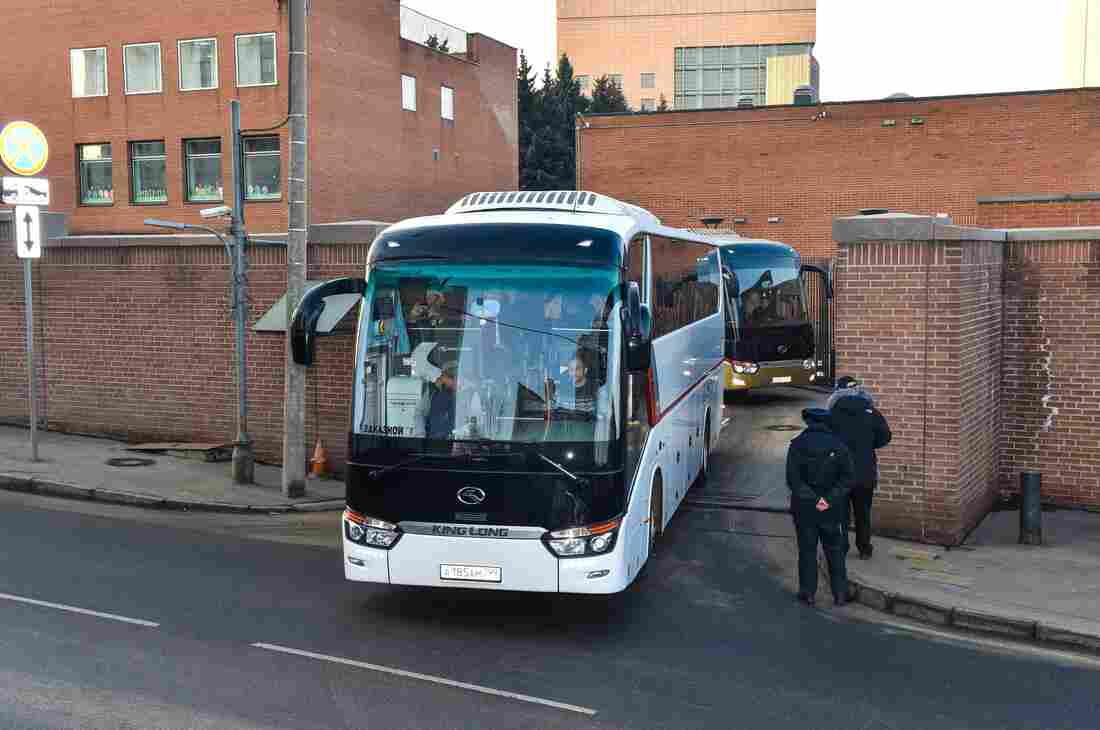 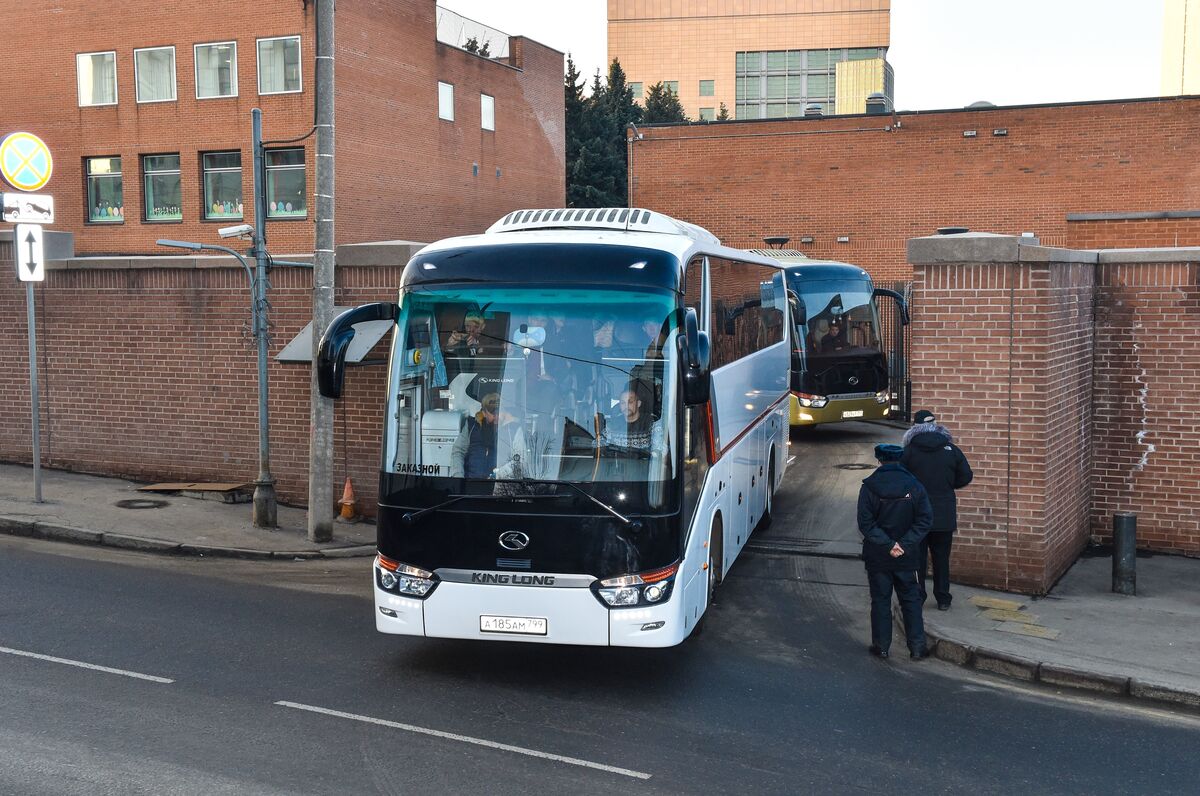 They were the latest casualties of a tit for tat with Russia. In late March, the United States said it was kicking out the same number of Russians to show solidarity with Britain, which blames Russia for the poisoning of a former Russian intelligence officer in England with a rare nerve agent.

Despite President Trump's stated desire to improve relations with the Kremlin, tensions continue to rise over conflicting interests in Syria, accusations of election interference and new U.S. sanctions that have hit the Russian economy hard.

"Throwing out 60 diplomats is a big blow to the ability of people simply to have discussions on subjects that need to be discussed," said James Collins, a former U.S. ambassador to Moscow.

While these diplomats will eventually be replaced, they leave a gaping hole in the U.S. Embassy at a time when relations are at their worst in decades.

"The capacity for misunderstandings across a range of issues is mounting. We are basically addressing that issue by further reducing our ability to talk to one another, and I think this is a big mistake," Collins said.

The latest round of expulsions split up families, sent home Ambassador Jon Huntsman's personal interpreter and wiped out the entire political section. 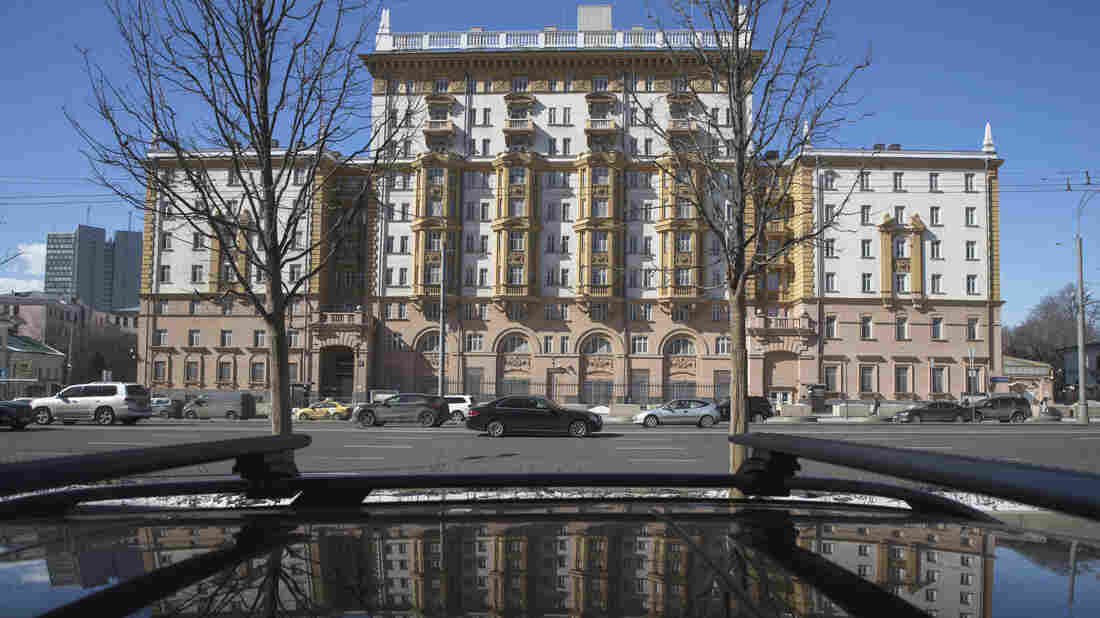 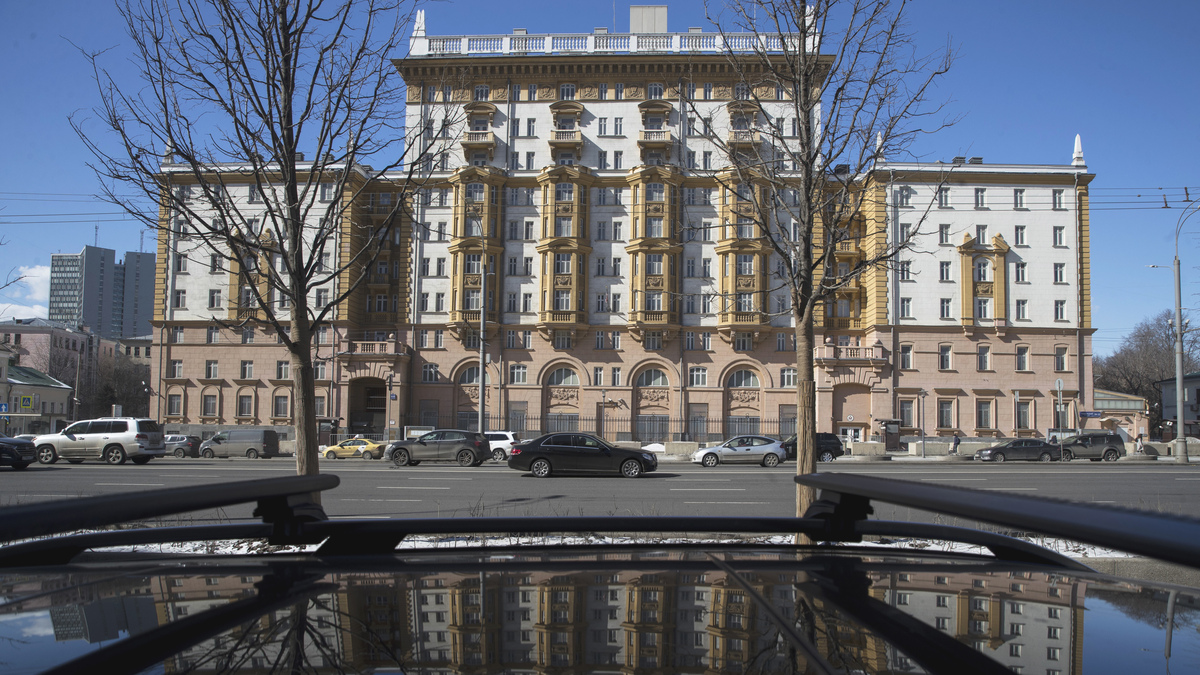 The U.S. Embassy in Moscow.

After they left, half a dozen of the American diplomats posted a video message online in which they bid Russia farewell. In Russian and in English, they told personal stories about their first encounters with Russians or their jobs at the embassy, like working on thorny issues such as Syria or Ukraine.

"I'm departing here very sad at having to leave my friends and my colleagues — including my Russian colleagues, who are very professional and very invested in trying to build better U.S.-Russia relations," Maria Olson, the embassy spokeswoman, said in the video.

The State Department's shrinking presence in Russia is not only affecting the lives of American diplomats — but of ordinary Russians, who have embraced foreign travel as one of the greatest freedoms after the fall of the Iron Curtain.

Over the summer, Russian President Vladimir Putin ordered U.S. diplomatic staff cut by 755 employees after Congress enshrined existing sanctions into law, making it more difficult for Trump to lift them.

The massive reduction in staff and the closure of the U.S. Consulate in St. Petersburg last month have made it almost impossible to get an ordinary visitor's visa to the U.S. in Russia. The official wait time is now more than eight months. 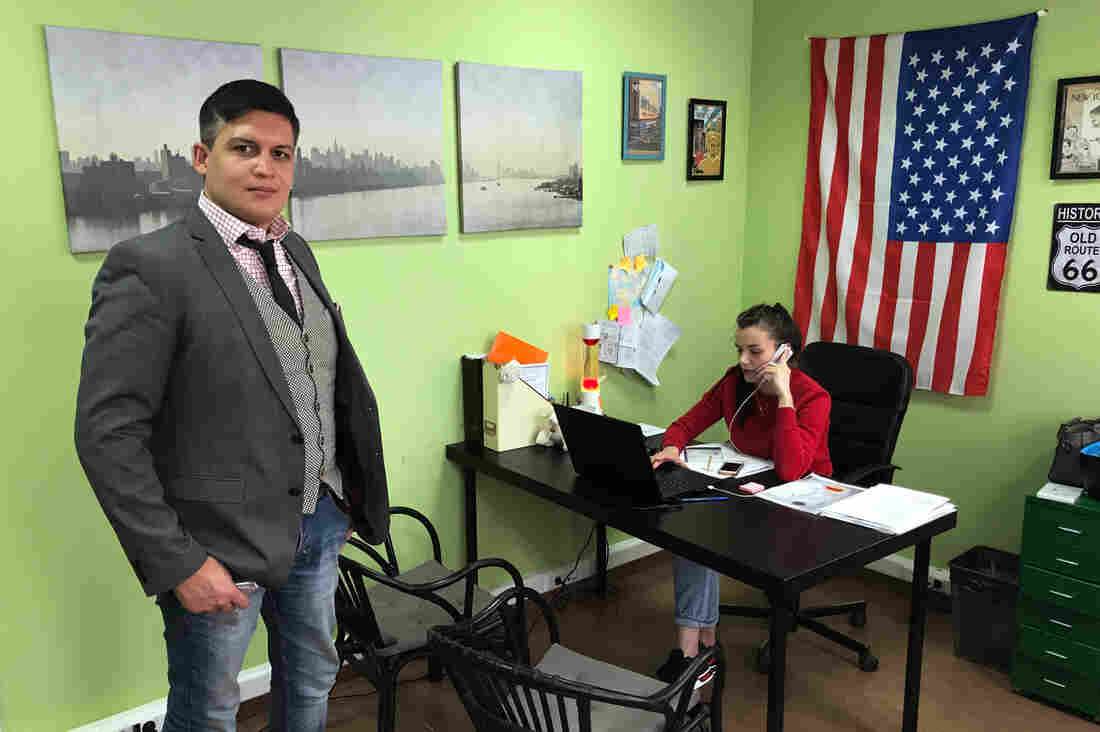 In February, the Moscow embassy issued less than a quarter of the tourist and business visas that it did in March 2017. Over the same 11-month period, the monthly number of U.S. visas issued to Russians in those categories dropped by half, to 9,800.

For Daniil Sergeyev, 32, who runs a Moscow agency specializing in U.S. visas, that situation has created a business opportunity. In his office filled with Americana — a giant U.S. flag, license plates, a cactus — the phones are ringing off the hook as Russians seek information on how they can secure an American visa.

"Our clients aren't concerned about worsening relations. Maybe they first went to America as a student, then with their parents — and now they want to visit Disneyland with their kids," said Sergeyev. "They just want to be tourists."

Sergeyev said he hasn't heard of anybody getting a tourist visa in Moscow since August, and that's why he's helping customers apply at U.S. consulates in Helsinki, Prague or Seoul — depending on what part of Russia they live in.

But if everyone from students to train conductors used to apply for American visas in the past, Sergeyev says, now his typical clients are wealthy Russians. Not everyone can afford an extra trip just to get a visa.

The additional expense is one reason why many young Russians look for a piece of America at the U.S. Embassy on Moscow's busy Garden Ring road. While traffic snarls past outside, the American Center exudes the institutional feel of a high school in Anytown, U.S.A.

On Tuesday evening, there were three events simultaneously: an English class, a lecture on Siberian tigers, and an informal awards ceremony for college students finishing a two-month course on environmental awareness — complete with certificates and a pizza party.

"I think we must not go back to Cold War reality," she said. "Most young people, especially who studied at university, who have a certain level of education — they believe that our countries, Russia and the United States, should not be enemies."

One day in the not-too-distant future, Petrunina hopes to visit the United States, despite all the difficulties.