Accessibility links
'Shoot First, Ask Questions Later': Ronan Farrow On A Diplomacy-Less State Department : Parallels Journalist Ronan Farrow worked for years in the State Department. In his new book, he describes what he sees as a dangerous whittling away of the agency's influence. 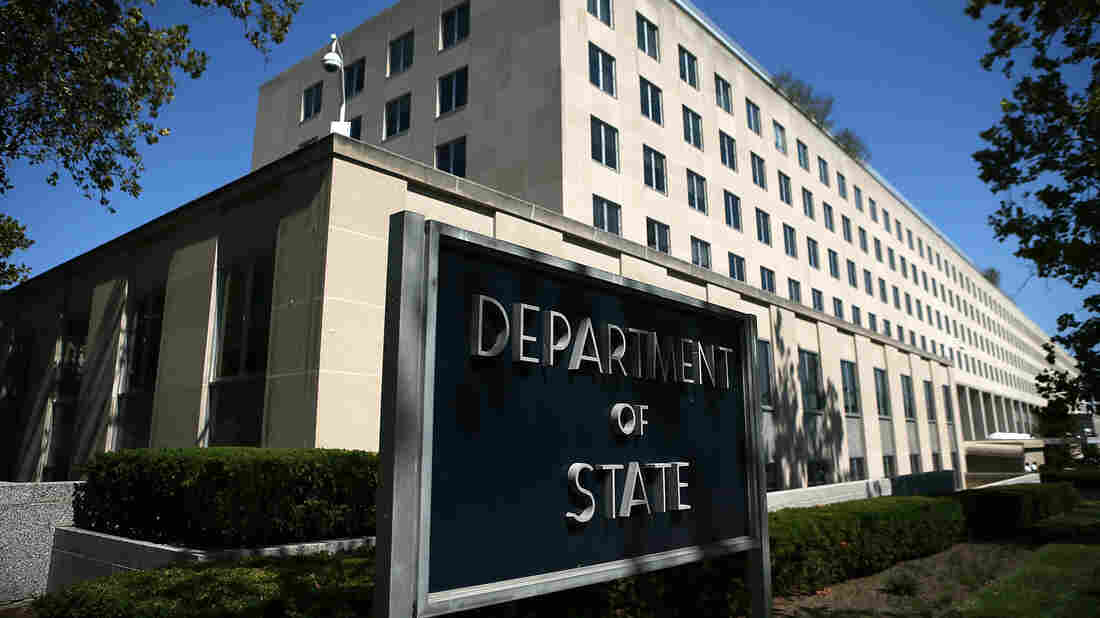 In War on Peace: The End of Diplomacy and the Decline of American Influence, Ronan Farrow writes about his time at the State Department and describes what he sees as a dangerous whittling away of the agency's influence. Alex Wong/Getty Images hide caption 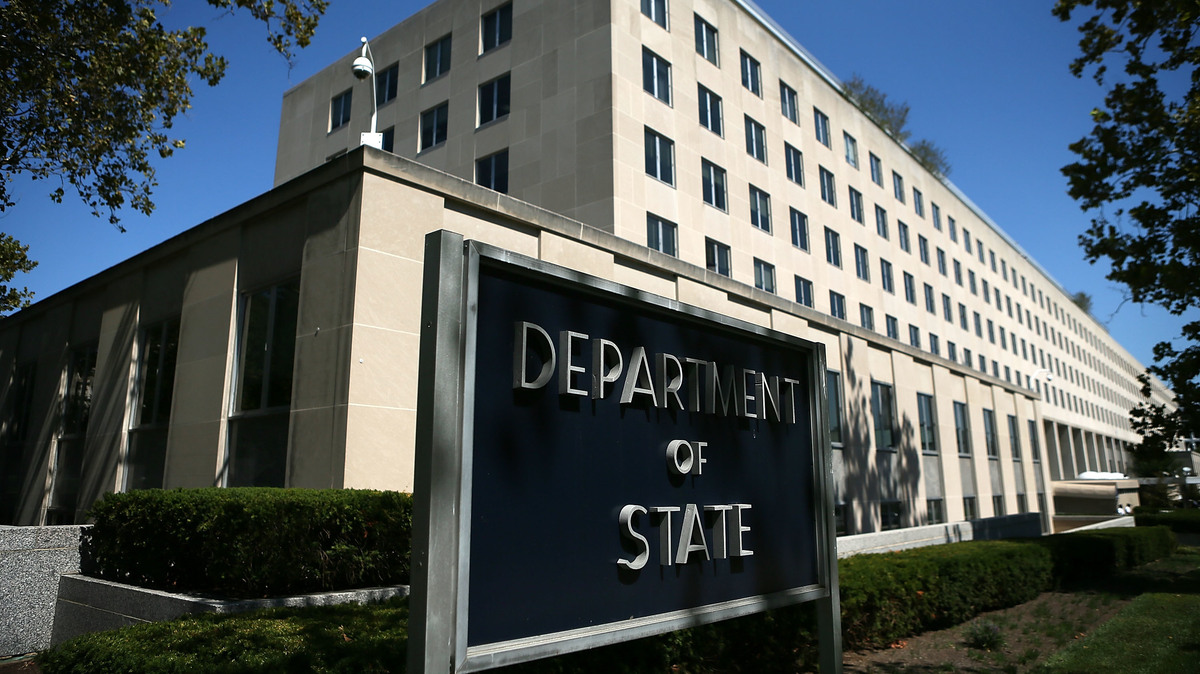 In War on Peace: The End of Diplomacy and the Decline of American Influence, Ronan Farrow writes about his time at the State Department and describes what he sees as a dangerous whittling away of the agency's influence.

Ronan Farrow just won the Pulitzer Prize for stories he wrote for The New Yorker, but before uncovering sexual assault allegations against Harvey Weinstein for the magazine, he worked at the State Department as a special adviser in the Obama administration. 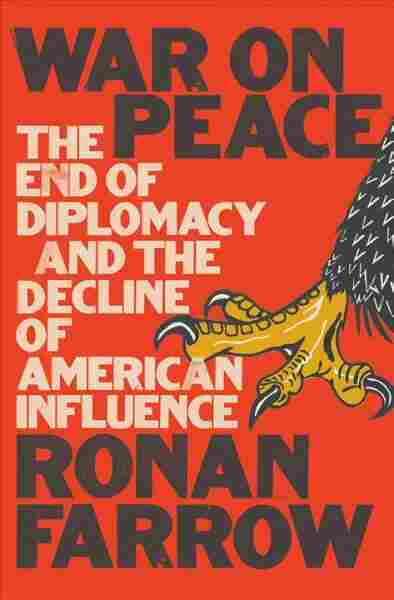 The End of Diplomacy and the Decline of American Influence

Farrow had worked for the United Nations in Sudan and then, as a young lawyer, went on to become a special adviser in the Obama administration for Afghanistan and Pakistan as well as an adviser to then-Secretary of State Hillary Clinton on global youth issues.

In War on Peace: The End of Diplomacy and the Decline of American Influence, Farrow writes about his time at the State Department and what he sees as a dangerous whittling away of the agency's influence through mass firings and efforts to cut its budget.

"There is this transformation in the way America exists in the world, that we are becoming a nation that no longer has negotiators and peacemakers and in which our first response to crises is to shoot first and ask questions later or not at all," he tells NPR.

The chipping away at diplomatic institutions, Farrow argues in the book, did not start with President Trump or former Secretary of State Rex Tillerson.

"It's not unprecedented. This is something that has been a long time coming, and we know that during the Clinton administration, they cut diplomacy and development by 30 percent — and the results were disastrous," he says. "We shuttered embassies around the world. We abdicated a lot of our leadership — and then after 9/11 we did it again."

I open and close the book with stories of some of the diplomats as they react to those cuts and what became colloquially within Foggy Bottom — the State Department headquarters — as the Mahogany Row Massacre began to play out. Mahogany Row is sort of the most elite corridor of power in the State Department. It's where the secretary's office is. And one office after another began getting these calls saying, "We are removing everyone from their posts." They were emptying out the State Department. And I talk about ones who narrowly avoided firing, and I talk about ones who, after decades of serving this country and risking life and limb, lost everything. And I talk about the transformation that's had for the way we do business in all sorts of places around the world. 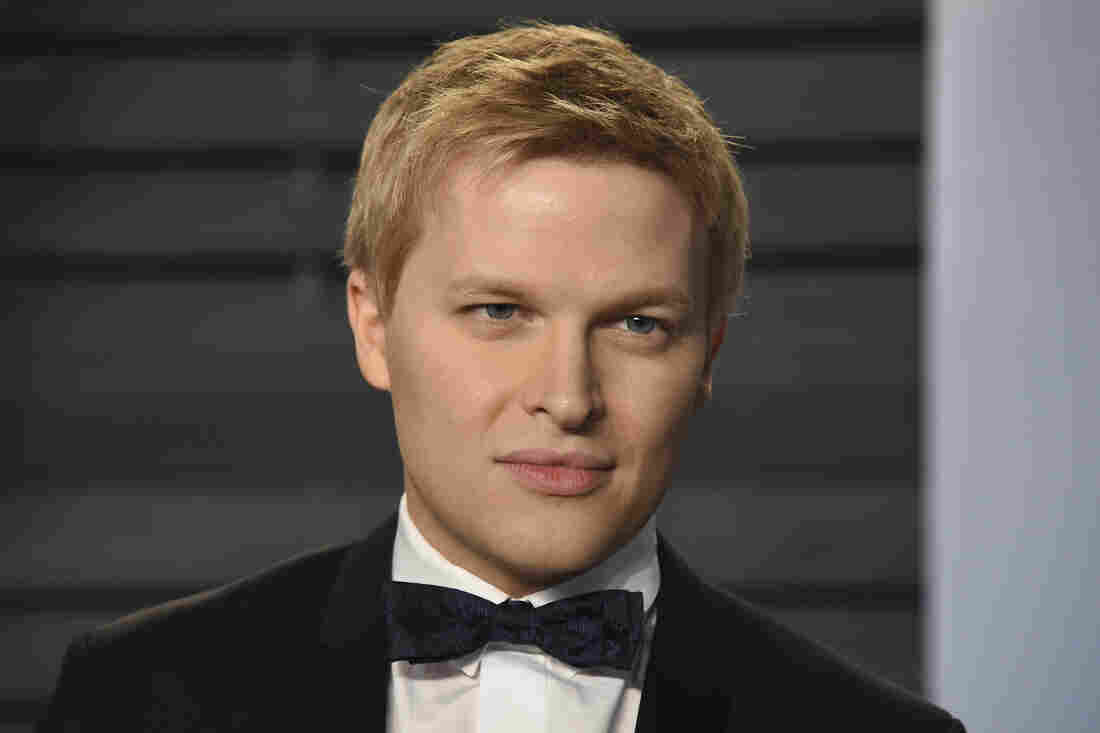 Ronan Farrow arrives at the Vanity Fair 2018 Oscar Party. Farrow was awarded the Pulitzer Prize this month for stories he wrote for The New Yorker. Evan Agostini/Invision/AP hide caption 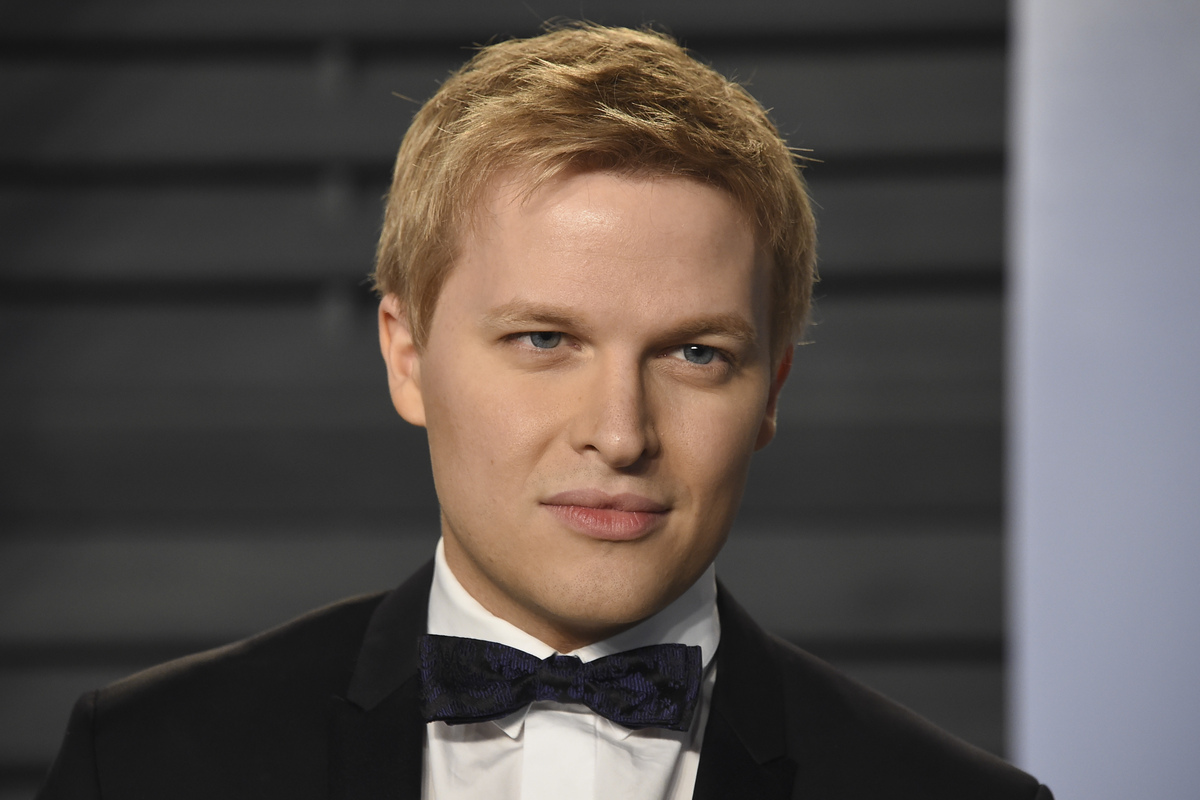 Ronan Farrow arrives at the Vanity Fair 2018 Oscar Party. Farrow was awarded the Pulitzer Prize this month for stories he wrote for The New Yorker.

On how diplomacy has taken a back seat

I don't think anybody is claiming that it is perfect to talk to our enemies. But I do think is what history reveals, and what I found digging into each of these conflicts that I look at in this book, is that it's always better to give peacemaking a shot and to view that as the tool of first resort because it allows us to have a broader range of tools before we go to war.

I really struggled to make sense of Rex Tillerson as a human being — what was in it for him, the extent to which he was chafing against his orders. Clearly that was true to some extent by the time I sat down with him. He was open in this interview, for the first time on the record in this book, about saying that he did defy the extent of the budget cuts, that he pushed back behind closed doors and he was emphatic that he wasn't going to leak any accounts of that and he wasn't going to play ball in this war of the words. But the fact is the underlying realities of his tenure in the job were devastating for the department. And I think he realized too late just how devastating it was becoming. He told me point-blank that his ardent defense of these deep, deep cuts to the department was partly borne of inexperience. The idea of advocating for your institution, he said, he learned too late that it was something he was supposed to be doing. And that really astonished all of these other secretaries of state.

For Rex Tillerson, A Rocky First Year As Trump's Secretary Of State

On his conversations with other former secretaries of state

Many of them said surprising and candid things. A lot of these people have controversial histories but also a lot of insights about how we go wrong as a nation. Colin Powell is someone who, despite a divisive track record in some ways with his involvement in the Iraq effort, was passionate about personnel at the State Department and really got emotional talking about the way in which it is being wiped out right now. He said we are tearing the guts out of our foreign policy; we are mortgaging our future. And that was actually a pretty common sentiment across these conversations with secretaries of state, that something dangerous is happening right now and it's happening quietly and we're not talking about it, but it is absolutely central to America's standing in the world.

Martha Ann Overland and Kevin Leahy edited and produced this story for broadcast. Heidi Glenn adapted it for the Web.