Accessibility links
Free To Speak, Ex-CIA Chief John Brennan Takes On Trump : Parallels Since retiring last year, the former spymaster has been a relentless critic of the president. He says pulling back from existing international agreements is particularly risky. 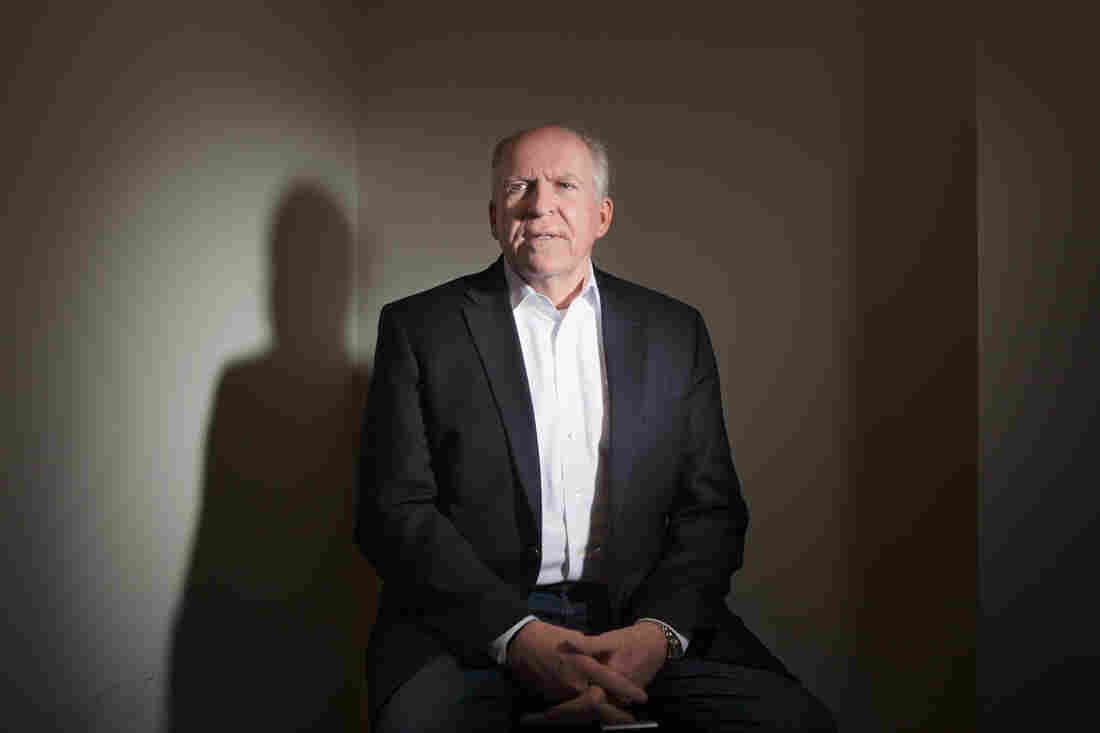 Since stepping down as CIA chief last year, John Brennan has been a harsh critic of President Trump. "I just think he hasn't fulfilled the responsibilities of the president of the United States," Brennan tells NPR. Claire Harbage/NPR hide caption 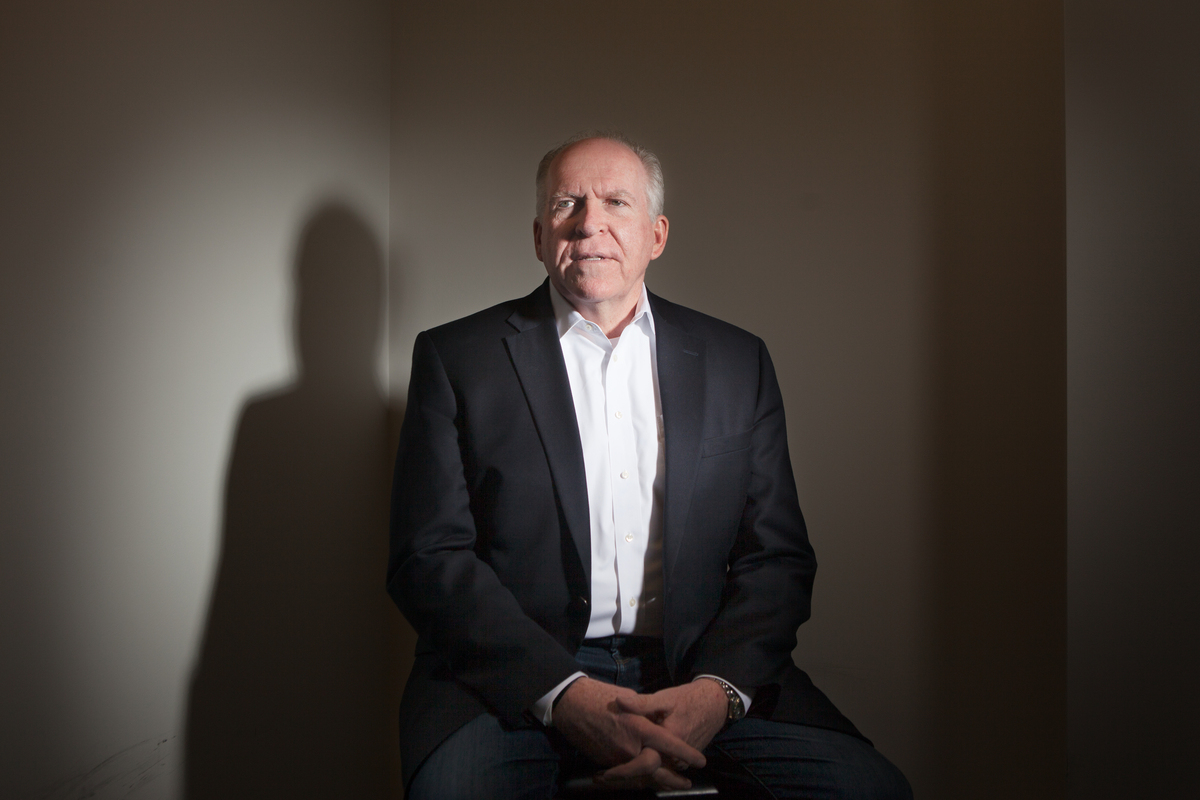 Since stepping down as CIA chief last year, John Brennan has been a harsh critic of President Trump. "I just think he hasn't fulfilled the responsibilities of the president of the United States," Brennan tells NPR.

John Brennan's tenure as CIA director ended the same day that President Trump entered office last year, and since then, the former spy chief has been a relentless critic of the president.

"I think he is dishonest, he lacks integrity, he has very questionable ethics and morality, and he views the world through a prism of 'how it's going to help Donald Trump?,' " Brennan said in a wide-ranging interview with All Things Considered.

"I just think that he has not fulfilled the responsibilities of the president of the United States," Brennan added.

After a lifetime in the intelligence community, where he rarely spoke publicly and was required to maintain a nonpartisan stance, Brennan is cutting loose now that he's a private citizen.

In the interview, he was particularly critical of the president's moves to back away from existing agreements, like the Iran nuclear deal or the Paris climate accord, that were worked out under President Barack Obama.

"He continues to denounce the things that happened before him. Everything seemed to be broken and wrong and misguided before Mr. Trump took the Oval Office," Brennan said. If Trump "wants to go in new policy directions, fine, and he can do that. But he shouldn't be throwing out the baby with the bathwater just because it was something that was formulated under his predecessor."

Last October, Brennan put the chances of armed conflict between the U.S. and North Korea at around 25 percent. Today, he's cautiously optimistic that talks between North Korea, South Korea and the U.S. can reduce tensions — but is deeply skeptical there will be a quick breakthrough on reducing or eliminating the North's nuclear weapons program.

"I think things are in a better track. But I am still rather realistic about what the prospects for denuclearization are," Brennan said. "Maybe over time, there will be a reduction in the nuclear stockpile in Pyongyang, there will be a reduction in ballistic missile capability, and maybe ultimately one day we will see a denuclearized Korean Peninsula."

On Iran, Brennan said he's not opposed to the Trump administration trying to get a supplemental deal that would include additional concessions from Iran — but he also believes the current agreement is worth preserving.

On the current state of diplomacy with North Korea

I'm glad that the rhetorical broadsides that were going back and forth between Pyongyang and Washington have calmed down. I am pleased that there are some direct discussions taking place now between the United States and North Korea — I think that's good. But whether or not Kim Jong Un will agree to dismantle his nuclear weapons capability is a very different question.

Yes, but it was a commitment by a U.S. administration, along with many other signatories to it, and so that — although it's not a signed treaty, you know there are a lot of things that the United States has committed to internationally that don't have a signed treaty that undergird them. So I do think that the U.S. word, it really needs to be maintained. Take politics out of this. And that's what Mr. Trump is doing — he continues to denounce the things that happened before him. Everything seemed to be broken and wrong and misguided before Mr. Trump took the Oval Office. That's absolutely B.S.

I'm not going to get into what I may have known or not known while I was the CIA director. I just am looking at his performance since he has become president of the United States, and the — in some respects — fawning attitude toward Vladimir Putin, while he speaks with such denigration about his fellow Americans. It's hard to understand. And so, is he afraid that Mr. Putin might have something on him? Maybe, I don't know. But only Mr. Trump knows what he might be vulnerable to. I don't know.

On intelligence collection and questions over whether the CIA "steals secrets"

I have been rather frustrated over the years by people claiming that the intelligence community — CIA, NSA and other things — break the law. ... [E]verything that CIA and NSA does is consistent with the law. And so when we go out and collect intelligence overseas, it may be breaking the laws of other countries because we're engaged in espionage, but it's wholly consistent with U.S. law. ... Yes, they do [steal secrets], in other countries. But stealing is not what we do here in the United States.