Accessibility links
Hungary Has A Xenophobia Problem : Parallels Just 10 percent of Hungarians polled say they feel totally comfortable making friends with an immigrant. In a survey, Hungarians even rejected a group that doesn't exist. 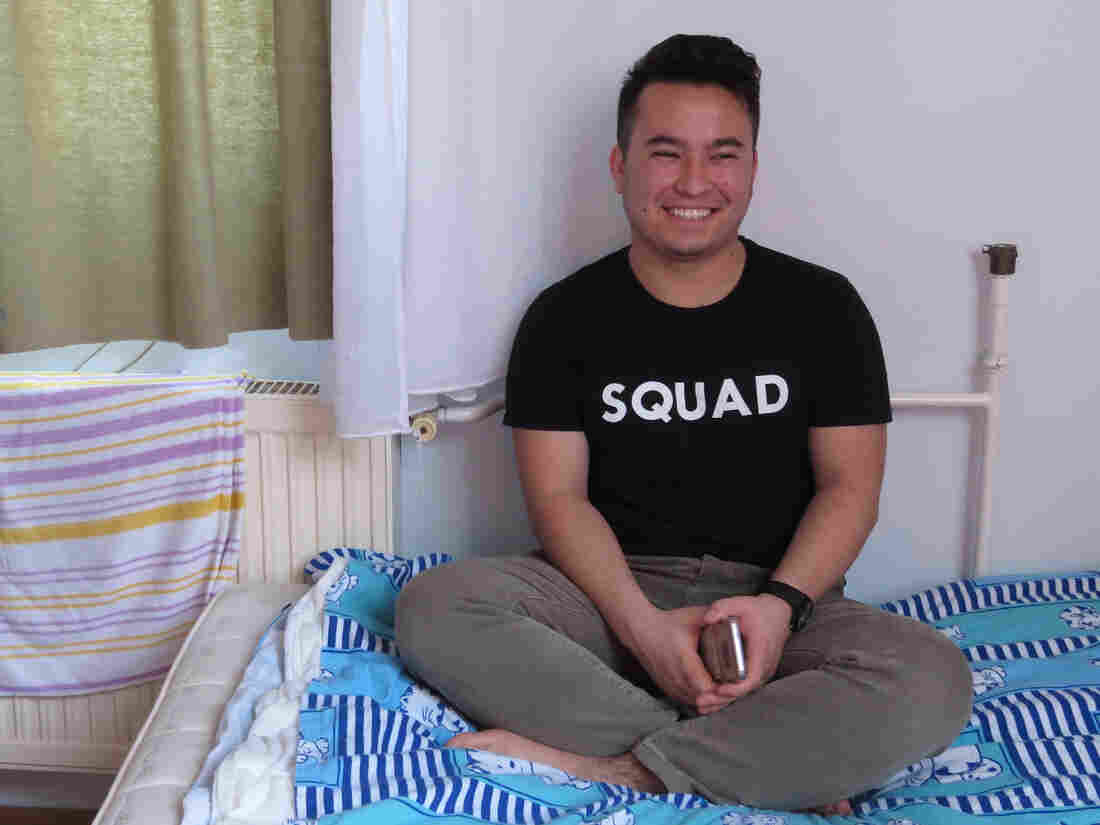 Ibrar Hussein Mirzai, an 18-year-old Afghan, has received asylum in Hungary and hopes to eventually gain Hungarian citizenship. He is aware that Hungarians don't like refugees. "I am a normal person just like them," he says. Joanna Kakissis for NPR hide caption 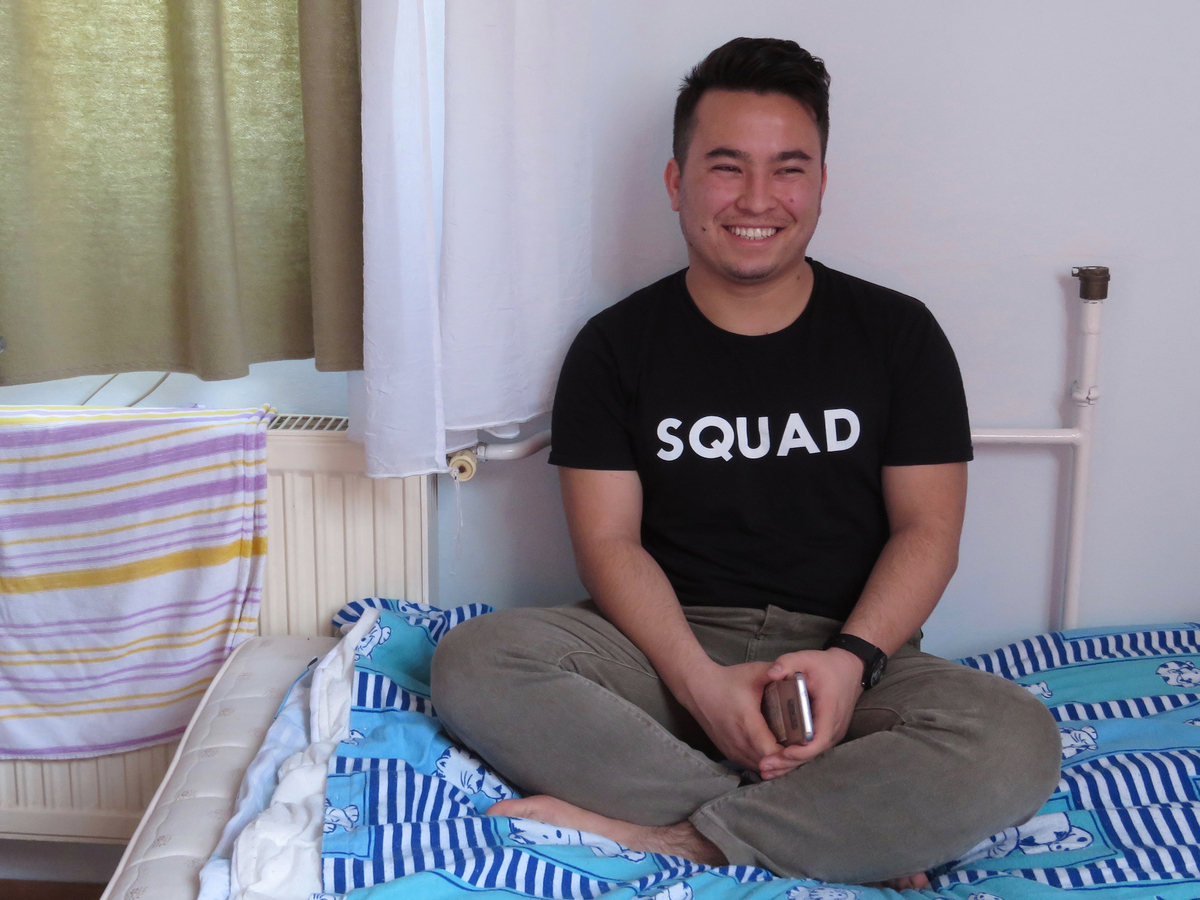 Ibrar Hussein Mirzai, an 18-year-old Afghan, has received asylum in Hungary and hopes to eventually gain Hungarian citizenship. He is aware that Hungarians don't like refugees. "I am a normal person just like them," he says.

Our series "Take A Number" looks at problems around the world — and the people trying to solve them — through the lens of a single number. Today's number: 10 — that's the percentage of Hungarians who feel "totally comfortable" having an immigrant as a friend.

Every day at noon, Ibrar Hussein Mirzai hears the cathedral bells as he leaves his intensive Hungarian-language class in the small, leafy town of Fót, just north of Hungary's capital Budapest.

The 18-year-old Afghan refugee says he finds the sound almost as relaxing as the devotional Sufi qawwali music he grew up listening to in Quetta, Pakistan, where his family settled after fleeing the Taliban in Afghanistan.

"I learn the language to go to university and after that to live a normal life," says Mirzai. "Living in a safe place, having a job, having your family with you. This is what a normal life means to me."

Mirzai, a shy math whiz with a schoolboy grin, escaped Sunni Muslim militants in Quetta who targeted people like him, members of the primarily Shiite Muslim Hazara ethnic minority. He traveled thousands of miles to get to Europe "for a chance to study without fearing for my life."

Now he has asylum — in one of the most anti-refugee countries on the continent.

Mirzai was among 1,216 granted protection in Hungary last year — about a third of total applicants, according to the Hungarian Helsinki Committee, human rights watchdog. His friends who have sought asylum in Germany and Austria told him he was nuts to take refuge in a country they thought had an impenetrable language and hostile people.

"I never thought that I would stay here in Hungary," says Mirzai. "I didn't have any other way to find a peaceful place for me to live my life."

Yet tens of thousands of Hungarians have themselves migrated to Western Europe in the last decade. And 62 years ago, more than 180,000 fled the country after the Soviet military crushed a nationwide anti-communist uprising. Despite its past, Hungary joins other former Eastern bloc countries as the European Union's most strident opponents of accepting refugees from war-torn Syria, Iraq, Afghanistan and beyond.

He is referencing a moment in the late Middle Ages. It's a period coded into the noon ringing of Hungary's church bells — including the one at Fót's Roman Catholic cathedral. 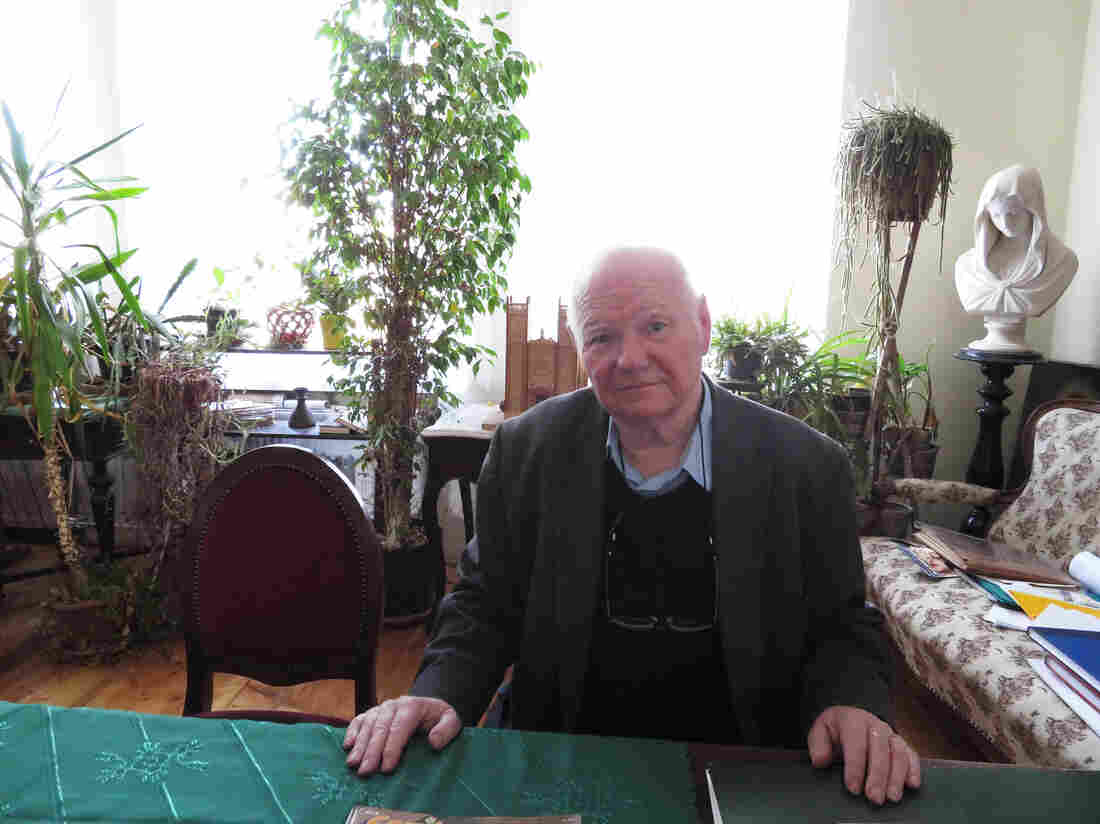 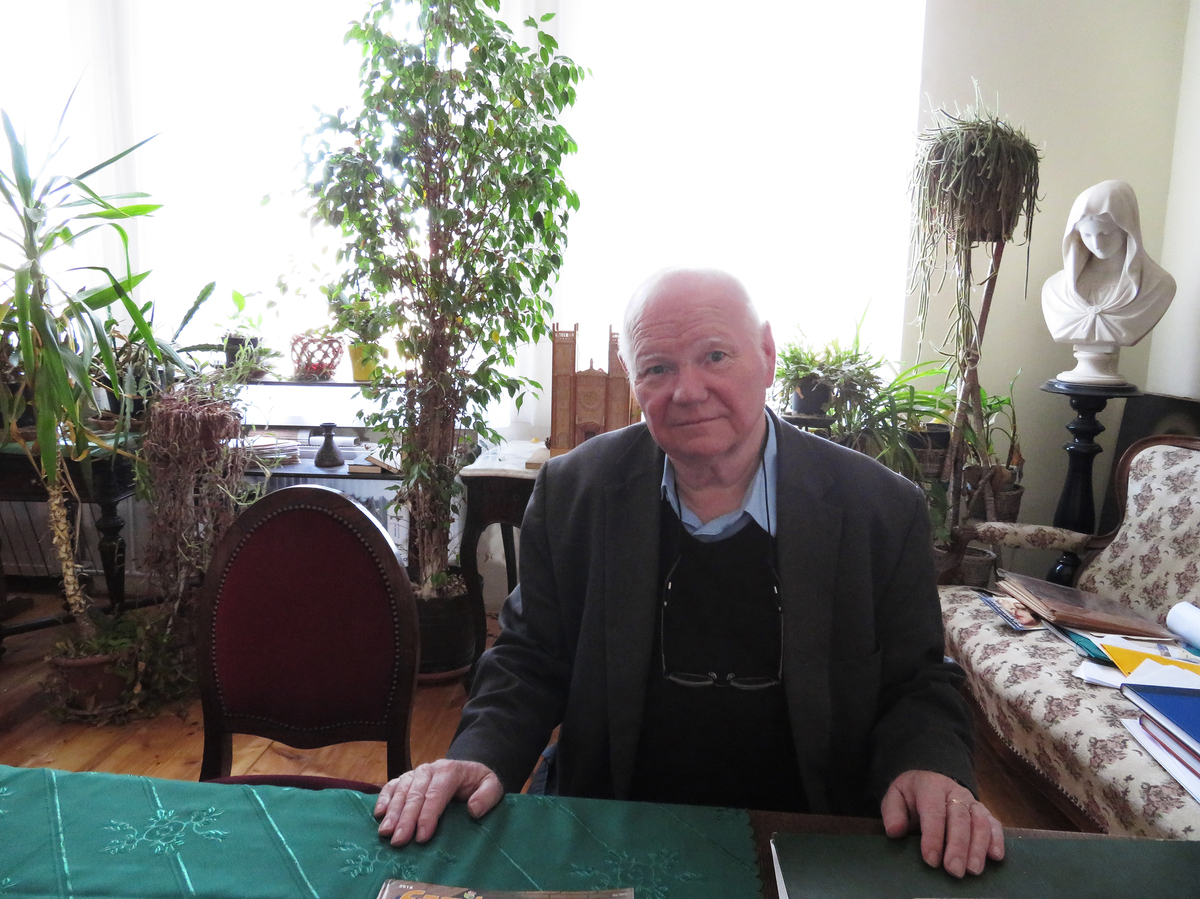 The priest draws a parallel from Hunyadi to Orbán, who he says prevented a Muslim "invasion" of Europe in 2015. That's when Hungary closed its borders to hundreds of thousands of asylum-seekers on their way to Germany.

"These healthy young men who come here as migrants, I see them as soldiers coming here to conquer Europe," Sebok says. "What Islam didn't manage to do with the sword back in 1456, it is trying to do now through migration."

Across the street from the cathedral, Ilona Kapin Haásné runs a kiosk selling newspapers, candy, soda and cigarettes. She says she's upset that the world views Hungarians as racist and xenophobic, having an irrational fear or hatred of foreigners.

"Hungarians are not the kind of people who don't take in the persecuted, like young, defenseless children," she says.

She's referring to a local children's center, where a few teenage refugees live. Mirzai, the Afghan teen, stayed there until he turned 18. Sometimes the kids come in to buy soda or candy from her kiosk. She likes it when they linger to practice Hungarian with her.

But she says she was alarmed when "too many" came to her shop in 2015. One night, she says, a group jostled her as she closed the kiosk.

"Let's be honest, they are different," she says. "Our religion is different. Our everything is different." About half of Hungarians identify as Christians, most of them Catholic.

"The beast in us"

About 15 miles south of Fót, in Budapest, sociologist Endre Sík explains these fears are existential, rooted in Hungary's history of being invaded.

"It is the fear that our world would collapse, we will lose everything we have — the way we think, the way we construct our reality," he says.

It is the fear that our world would collapse, we will lose everything we have — the way we think, the way we construct our reality.

He wanted to see if this rejection was limited to existing prejudices. So, in 2006, inspired by a 1946 study by American psychologist Eugene Hartley, he added a fictional ethnic group to the survey question — the Piréz people, or the Pirézians.

Most Hungarians rejected them, too.

Later, some used the rejection of the fake Piréz people as a way to satirize Hungarian intolerance. Sík recalled someone making a Pirézian anthem and flag. A Hungarian writer living in Ukraine started blogging as "The First Piréz."

"Being a Piréz means laughing in the face of xenophobes and racists," says Károly D. Balla, aka The First Piréz, over Skype, quoting what he called the "Piréz Manifesto."

He reminds his readers that Hungarians themselves have been once welcomed as refugees. They live as minorities in other nations.

Sík says he's not surprised Hungarians rejected even a made-up community. "The Hungarian form of xenophobia is, let's say, the classic form: 'They are different, we don't know them, therefore we hate them.' That's the beast in us." 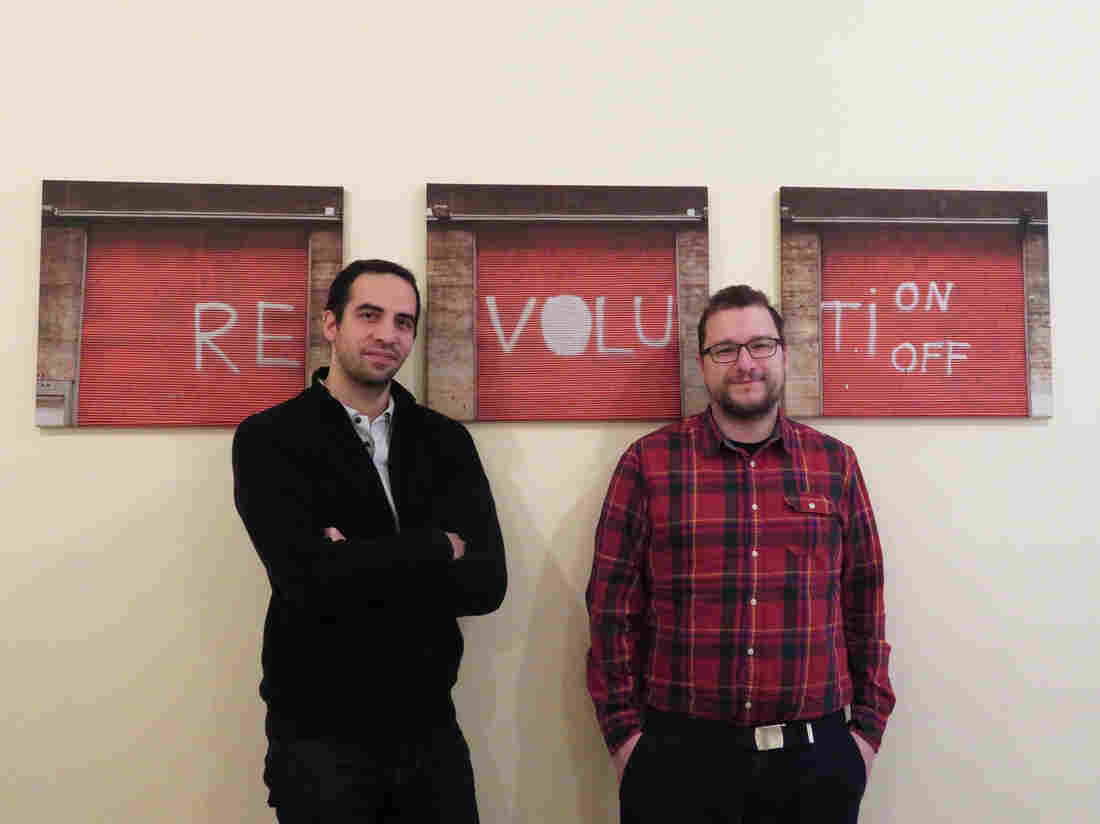 Educators Marcell Kenesei (left) and Peter Neumann at the offices of Centropa Hungary in Budapest. "I identify myself as a Hungarian Jew," Kenesei says. "For some, it's an oxymoron." Joanna Kakissis for NPR hide caption 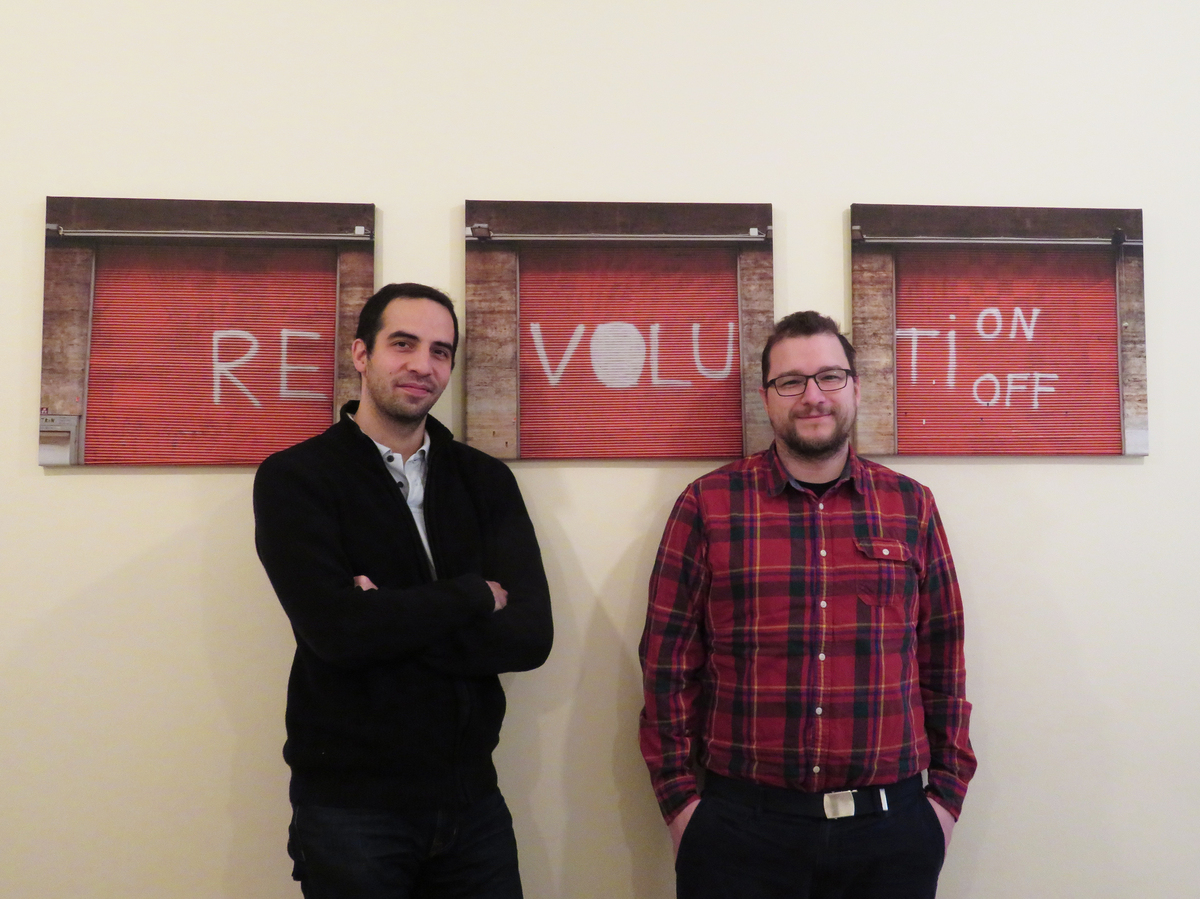 Educators Marcell Kenesei (left) and Peter Neumann at the offices of Centropa Hungary in Budapest. "I identify myself as a Hungarian Jew," Kenesei says. "For some, it's an oxymoron."

Educator Marcell Kenesei says he sees the main problem: Hungary is a largely white, Christian country where only 5 percent of the population is foreign-born.

"There are few opportunities to meet someone from a different background," he says.

He knows this firsthand. "I identify myself as a Hungarian Jew. For some, it's an oxymoron," he says. "Either you are Jewish or Hungarian."

For instance, Kenesei says he spoke out earlier this year against holding a Mass and memorial for Hungary's Nazi-allied wartime leader, Miklós Horthy, on International Holocaust Remembrance Day. Some Hungarian nationalists told Kenesei to "go back to Israel."

Kenesei is the deputy director of Centropa Hungary, a nonprofit focusing on Jewish history. He also supervises programs that bring together children from different religious or ethnic backgrounds to craft songs, videos and murals together.

"And the notion is that when they finish with the project, they will be proud of what they have done, and they have done it with someone else," he says. "And this creates a certain kind of interest towards others."

But he says these tiny steps forward won't amount to much if the government keeps its pledge to crack down on groups that support migration.

"You don't know how far this government will go," he says.

Budapest has already had two big protests against Orbán this month. Tens of thousands of people have taken to the streets to slam his xenophobia and demand new elections.

Mirzai, the Afghan refugee, is trying to focus on the positive.

"The government is not representing everyone," he says, sipping tea at a cafe at Central European University, where he takes courses. The university, founded by Hungarian-born billionaire George Soros, is one of the institutions that has been targeted by the Orbán government's illiberal policies.

"The Hungarians who are around me, they're kind with me, they are good with me," Mirzai says.

He likes his teachers, his housemates, the supermarket checkout ladies who remind him of his grandmother. When he was feeling down a few weeks ago, he read a memoir on healing by Hungarian-born psychotherapist Edith Eger, who survived the Holocaust.

The Hungarians who are around me, they're kind with me, they are good with me.

"In that book, she was saying that if 'I survived today, I would survive tomorrow,' " he says.

He rises at dawn for a full day of classes and study sessions at the library. He returns to the room near Fót he shares with another refugee at 10 p.m. It's a routine with a goal.

"I want to become a citizen," he says.

Hungary has granted protection to only a third of Afghans seeking asylum there. Mirzai wonders if it helped that he translated for the police and social workers while he was stuck at a camp ("a prison, really") on the Hungarian-Serbian border for 86 days.

He does not ignore the polls showing Hungarians' negative attitudes toward foreign people. But the recent European survey also showed that those who actually live in cities with immigrants tend to say they feel comfortable befriending them. This gives Mirzai hope.