Accessibility links
These Are The Potential Consequences Of Renewing Sanctions For Iran's Oil Importers : Parallels Many of Iran's top oil importers are in Asia. South Korea is among them, but U.S. pressure to decrease oil purchases puts Seoul in a tricky position ahead of President Trump's North Korea summit. 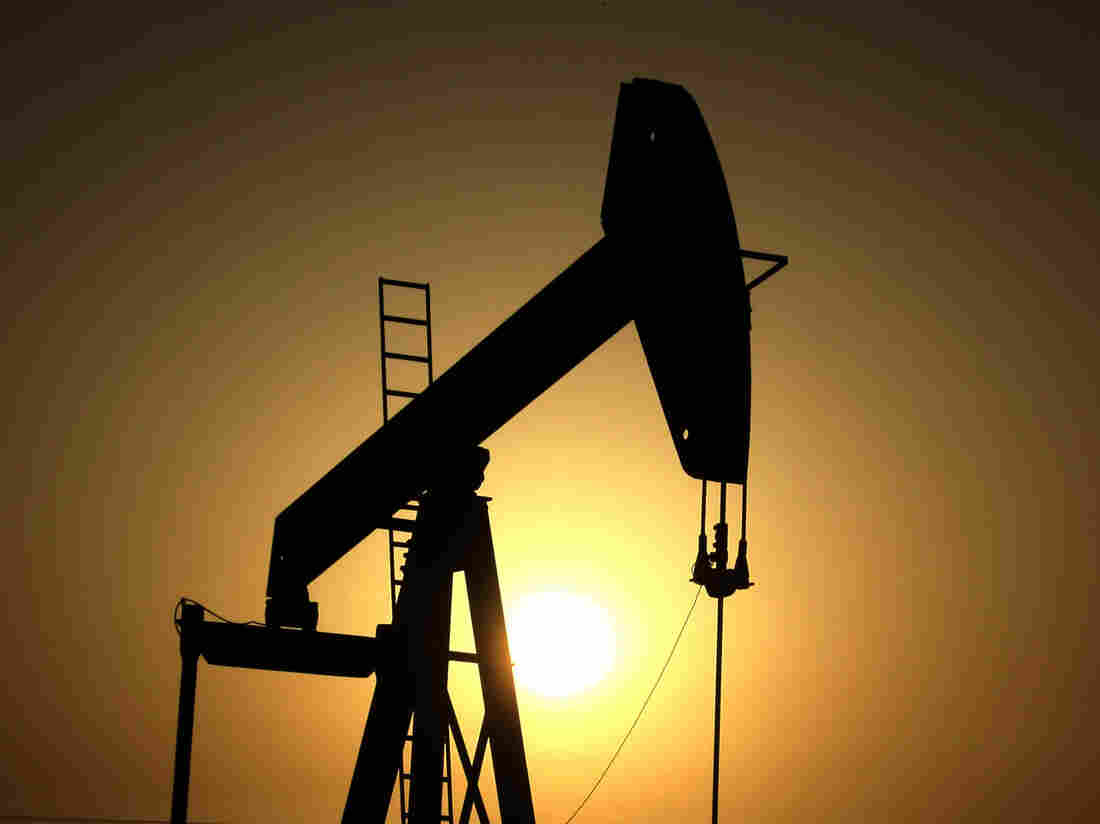 The sun sets behind an oil pump in the desert oil fields of Sakhir, Bahrain. OPEC nations agreed to reduce their production, but energy experts say that renewed U.S. sanctions on Iran could derail their supply cut deal. Hasan Jamali/AP hide caption 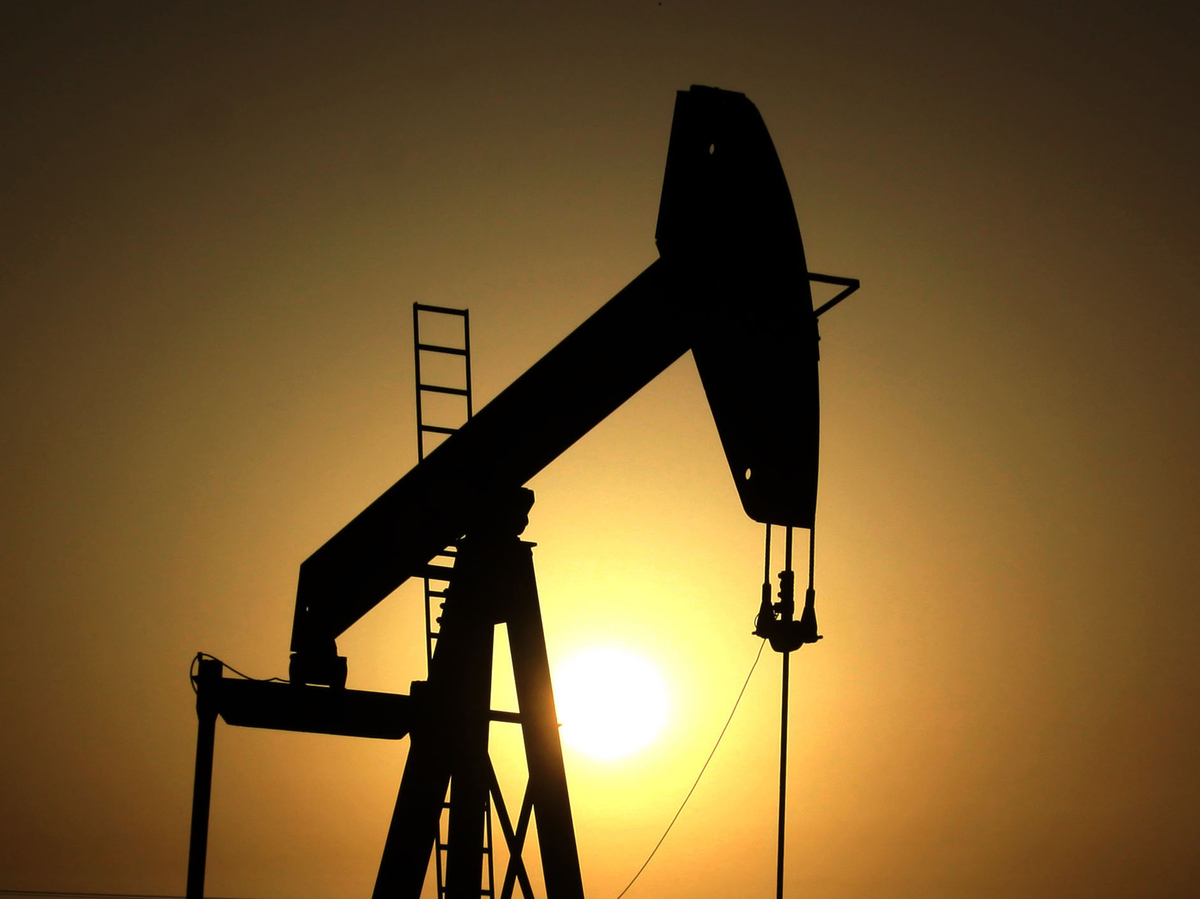 The sun sets behind an oil pump in the desert oil fields of Sakhir, Bahrain. OPEC nations agreed to reduce their production, but energy experts say that renewed U.S. sanctions on Iran could derail their supply cut deal.

David Livingston (@DLatAC) is the deputy director for climate and advanced energy at the Atlantic Council. Madison Freeman (@madisoncfreeman) is a research associate for energy and U.S. foreign policy at the Council on Foreign Relations.

President Trump announced Tuesday that the United States will withdraw from the Iran deal and reimpose sanctions, especially on Iran's oil sector. These sanctions will be far less effective than those imposed in 2012, with their success or failure largely outside of U.S. control. In fact, they will likely have consequences that go against the stated objectives of the Trump administration.

Under the new sanctions, the United States will begin blocking new deals with Iran immediately, but will provide leniency toward firms with existing commercial agreements if they demonstrate that they are reducing their involvement with Iran over a 180-day "wind-down" period. Those seeking waivers will be required to start reducing oil imports from Iran immediately.

Although the oil market is unlikely to be immediately disrupted by this long-expected move, a number of dynamic reconfigurations to oil flows — and indeed, to the balance of relations and power in the market — may follow over coming months and years.

A balancing act for South Korea

The lion's share of Iran's oil exports, more than 1.5 million barrels per day (bpd), goes to Asian countries, and the reaction of China, Japan, India and South Korea to these new sanctions will be key to their impact.

Japan and South Korea will likely work to wind down Iranian crude imports to comply with U.S. sanctions. It is a particularly sensitive time for South Korea, which is deeply concerned with avoiding any friction with Washington in the midst of ongoing negotiations with North Korea. Sharp declines in its Iranian crude imports are likely over the coming months.

U.S. pressure to decrease Iranian oil purchases puts South Korea in an especially tricky position while it is trying to convey to North Korea that it is serious about committing to a denuclearization deal. If South Korea is seen as complicit in the abrogation of the Iran deal, formally known as the Joint Comprehensive Plan of Action (JCPOA), it may fear losing credibility with Pyongyang in the negotiations over its nuclear program.

On the other hand, this may also signal that the United States and South Korea are unified in their resolve to apply maximal pressure in the absence of absolute denuclearization. And if South Korea does not find some sort of common ground with the United States, it risks exacerbating a point of friction between two partners that cannot afford to be out of lockstep in the messages — both explicit and implicit — being sent in a critical period to Pyongyang.

South Korea's crude imports from Iran have already shrunk in 2018 to around 300,000 bpd, down from a 2017 average of more than 360,000 bpd. The reduction is partially the result of hedging in anticipation of President Trump's withdrawal from the Iran deal.

Japan was a first — and fast — mover on reducing Iranian oil imports in 2012, after the United States tightened sanctions. Japan continues to employ a mechanism in which the government provides insurance for its shipments of Iranian oil, escaping reliance on sanctions-sensitive U.S. and European insurance firms.

Still, Tokyo will likely work diligently to cut its imports in the coming months. Already playing catch-up after being caught off-guard by the speed and unconventional nature of recent U.S. and South Korean diplomacy with North Korea, Japan is simultaneously pursuing a permanent exemption to President Trump's planned aluminum and steel tariffs. As a result, Japanese President Shinzo Abe is laser-focused on remaining in Washington's good graces.

Resistance from China and India

China and India, which together make up the majority of purchases of Iranian oil, are unlikely to curtail their Iranian oil imports — and may actually look to expand them. China is the world's largest importer of Iranian crude, at an average of 648,000 bpd, and its oil demand is sharply rising. Chinese crude imports recently hit record highs, and the country will be loath to cut imports from Iran or switch providers in the midst of a tight oil market.

In addition, current trade tensions between China and the United States mean that Beijing is unlikely to support U.S. action against Iran. Chinese firms are in a strong position to snap up any of the crude or ultra-light crude, known as condensate, dropped by other countries, and may benefit from lower prices on Iranian oil as a result of U.S. sanctions.

India, the second largest importer of Iranian oil, is unlikely to be immediately affected by U.S. sanctions. India has made efforts to improve relations with Iran, including making major infrastructure investments, and India will be uneager to curtail a significant portion of its oil imports from its third-largest supplier.

Under the previous round of sanctions, India received waivers to purchase oil from Iran in rupees, rather than U.S. dollars, and currently pays for Iranian oil using euros via European bank payment channels. It will likely maintain its current import levels, around 500,000 bpd, along with state-backed insurance for oil shipments, unless Europe follows the U.S. in applying a new round of restrictions. But Europe is unlikely to do so.

Reimposition sanctions on Iran will likely have consequences that go against the stated objectives of the Trump administration. Any short-term spike in the oil price in response to the curtailment of Iranian imports is likely to provide higher revenues to actors like Russia. New sanctions will further consolidate Iran's oil customers into those less likely to pressure Iran for denuclearization or regime change, and will weaken the bargaining position of U.S. allies in further negotiations with Iran.

The other key actor to watch is Saudi Arabia. Riyadh lost no time in assuring the market on Tuesday that it would compensate for any fall in Iranian supply. That provides the kingdom with convenient geopolitical cover to gain back some of the market share it sacrificed as part of its leadership of an agreement among OPEC and other producers to reduce global oil supplies.

The reapplication of U.S. sanctions — particularly if effective — likely marks the practical end of the supply cut agreement as OPEC operates through unanimous decision-making, and Saudi and Iranian oil market interests will grow increasingly divergent. Washington cannot ensure success alone, particularly because it cannot offer sufficient heavy oil exports to compensate for the loss of Iranian heavy oil barrels from the market.

Saudi Arabia, on the other hand, could. Indeed, Saudi energy diplomacy — namely its ability to credibly convince Iranian crude buyers that acquiescence with U.S. policy will not come at economic loss — will be a key determinant of the success or failure of the Trump administration's new course.

Unlike 2012, the United States is entering these sanctions alone, and this means that it has less control over their efficacy. By taking this step without the support of most of its allies, including those party to the JCPOA, any impact will likely be less durable, and likely more vulnerable to opportunistic arbitrage, such as China and others snatching up any Iranian crude displaced from other markets. This move by the Trump administration is likely to shuffle, rather than strangle, Iranian oil exports, and the United States will be none the better for where that oil ends up.