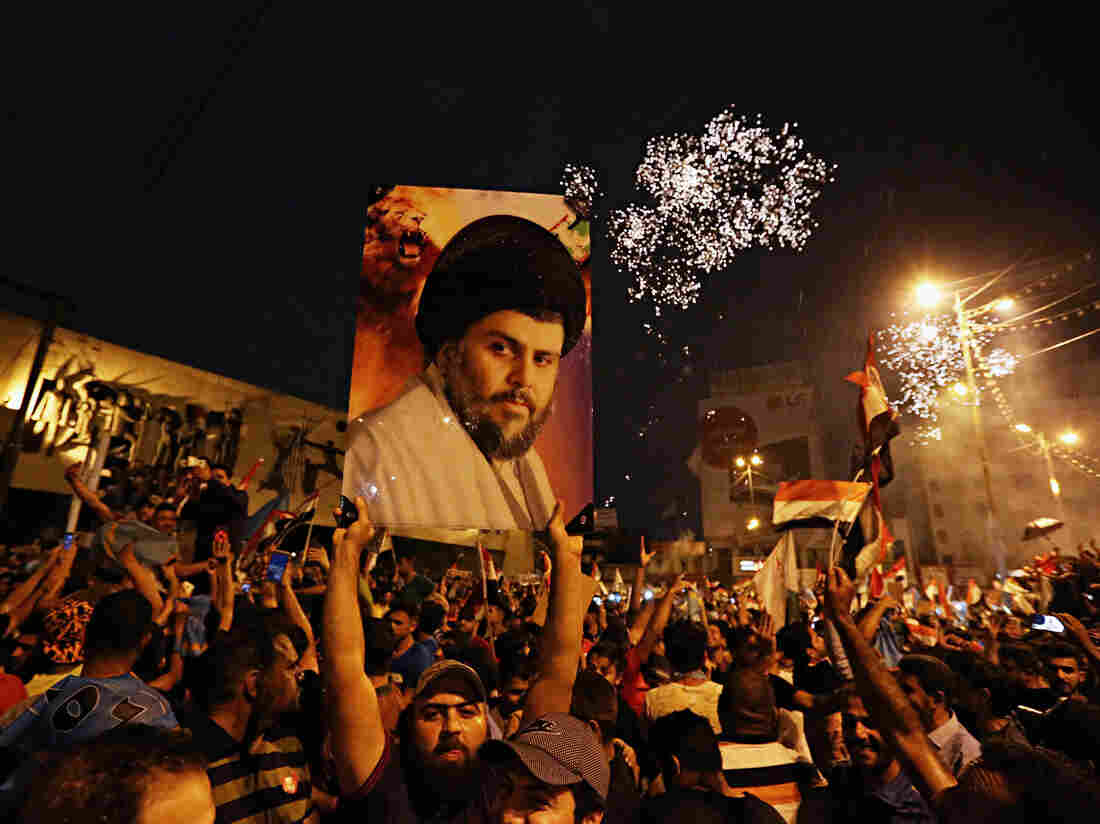 Supporters of Shiite cleric Muqtada al-Sadr carry his image as they celebrate in Tahrir Square, Baghdad, Iraq, Monday, after the political alliance he backs appeared to gain the most votes in parliamentary elections. Hadi Mizban/AP hide caption 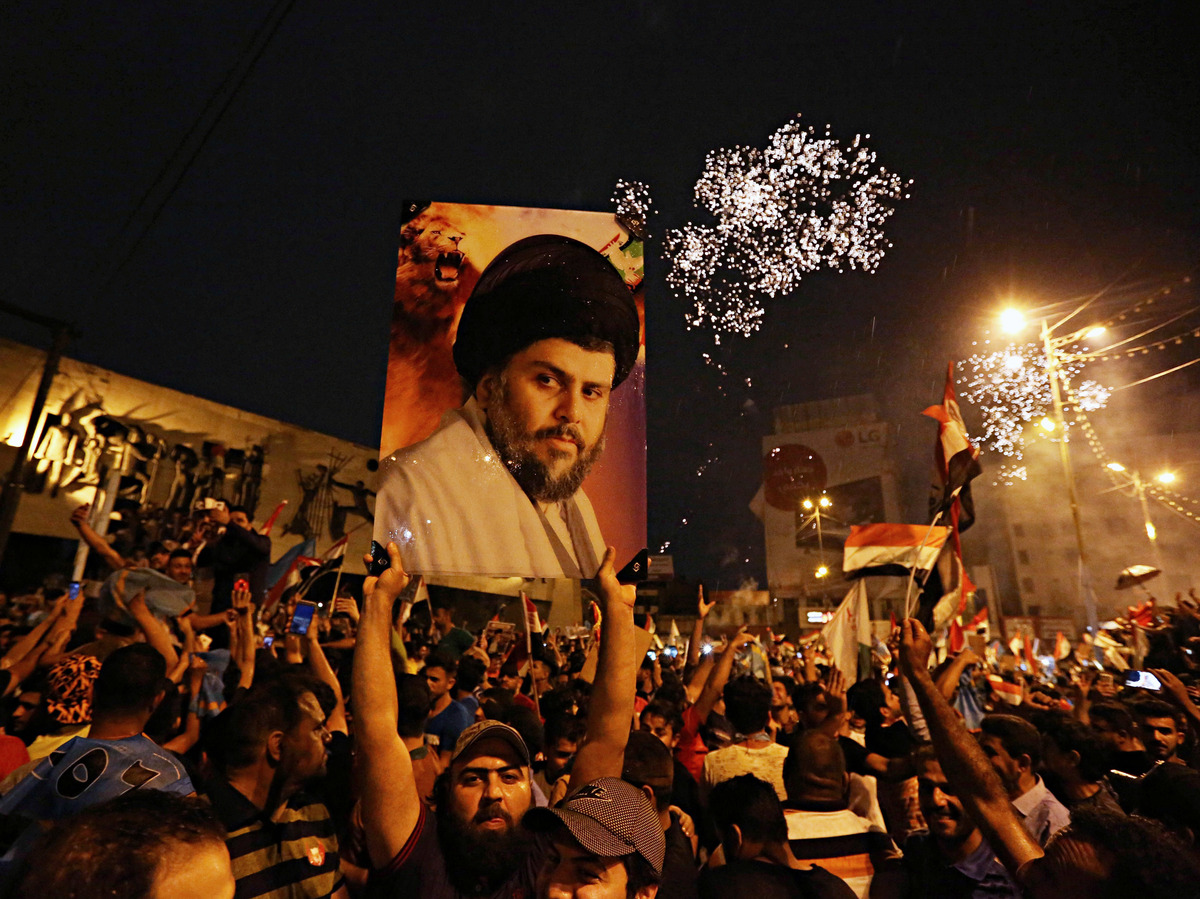 Supporters of Shiite cleric Muqtada al-Sadr carry his image as they celebrate in Tahrir Square, Baghdad, Iraq, Monday, after the political alliance he backs appeared to gain the most votes in parliamentary elections.

Iraqi Shiite cleric Muqtada al-Sadr has emerged as the biggest winner in parliamentary elections, limiting the chances for Prime Minister Haider al-Abadi to form another government and setting the country on an uncharted course.

Sadr, known for leading a militia that carried out deadly attacks on U.S. forces after the 2003 invasion of Iraq, did not run as a candidate himself and has no formal political role. But he backs a political alliance whose contenders looked likely to win the most votes across most of the country this weekend, according to preliminary results. That means Sadr will play a decisive role in assembling a new government.

The cleric is from a revered family of religious scholars and commands millions of followers. While in recent years he has reached out to other countries, including Saudi Arabia, he doesn't meet with U.S. officials and rejects Iranian interference.

The weakened support for the incumbent Abadi, a U.K.-educated engineer considered a moderate, tosses aside U.S. assumptions that Iraq would continue on the course he has steered.

"Everyone is concerned, we just don't know what to expect," said a Western diplomat who asked to remain anonymous to discuss Iraqi politics.

For months last year, Sadr gathered his followers to protest at the gates of Baghdad's barricaded Green Zone, the seat of the Iraqi government. He abruptly dismantled his movement's political wing to form a new alliance that broadened his support beyond his traditional base by including secular groups and communists. His allies campaigned on issues such as easing poverty, improving public services and combating corruption. The Shiite Muslim cleric instructed his followers to vote not on the basis of religion but for qualified technocrats.

With results counted in more than half of Iraq's 19 provinces, electoral officials said the second-largest number of votes went to a political alliance led by Hadi al-Amiri, a former militia leader with strong ties to Iran.

Saturday's vote was the first parliamentary election since ISIS took over large parts of the country in 2014. Iraqi security forces and former militia groups now nominally under control of the Iraqi government drove ISIS from most of Iraq last year.

Abadi, who was commander in chief of the armed forces during three years of difficult fighting, did well in liberated cities including Mosul. But his showing was thought to have been hurt by a split within his Dawa party. He and former Prime Minister Nouri al-Maliki, both Dawa officials, ran on separate candidate lists, splitting the vote for the party.

Abadi, who has maintained good relations with both the United States and Iran, could still have a senior role in a governing coalition.

"We are ready to work and cooperate in forming the strongest government for Iraq, free of corruption," he said in a televised address.

Government corruption was one of the main reasons many voters turned away from traditional parties or stayed away from the polls altogether. The country's most revered Shiite religious scholar, Grand Ayatollah Ali al-Sistani, instructed voters not to re-elect politicians who had already served and failed.

Only 44.5 percent of Iraqi voters turned out to cast ballots — the lowest percentage in the country's parliamentary elections since 2003.

The winning parties are likely to take weeks to form a coalition government.

Any coalition backed by Sadr will be unlikely to include Maliki, a bitter enemy. As prime minister in 2007, Maliki sent Iraqi forces to fight Sadr's Mahdi Army in southern Iraq.