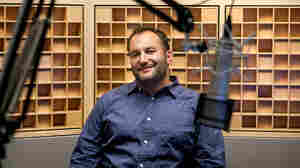 October 29, 2014 • Morning Edition Host David Greene recently returned from a reporting trip to Crimea and responds to questions on Reddit about how the Black Sea peninsula has changed since it was seized by Russia. 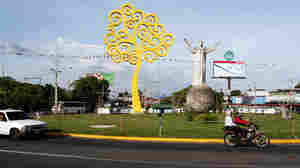 October 28, 2014 • Despite being in one of the most dangerous regions in the world, Nicaragua remains relatively peaceful. Analysts credit its style of policing, which has rejected the iron fist policies of neighbors. 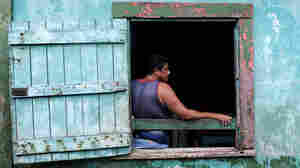 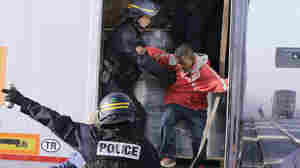 French riot policemen force out migrants who were hidden in a truck that was making its way to the ferry terminal in Calais in western France on Wednesday. The cross-Channel port has become the last barrier for economic and political migrants trying to enter Britain illegally. Pascal Rossignol/Reuters/Landov hide caption

October 26, 2014 • Migrants from Africa and Afghanistan have poured into Calais, hoping to seek asylum in Britain across the channel. But few succeed, leaving an estimated 2,000 in limbo in the French port city. 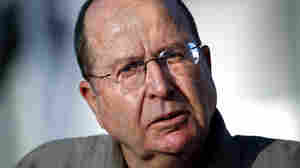 October 23, 2014 • The blunt-talking Moshe Ya'alon says that Syria, Iraq and Libya have all been shattered by fighting in recent years and that the future map of the Middle East will look very different. 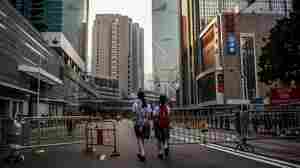 Two schoolgirls walk past a barricade on a street outside Hong Kong's government complex on Tuesday. Many protesters have returned to work and to school. Student leaders and government officials agreed Tuesday to hold talks on ending the protests. Chris McGrath/Getty Images hide caption

October 7, 2014 • The demonstrators still have widespread support, but many students have returned to class and businesses have grown weary of daily disruptions that have hampered their operations. 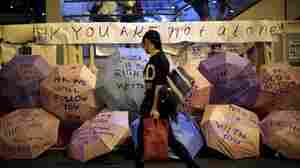 A woman walks past umbrellas with pro-democracy slogans written on them at a protest site near Hong Kong government headquarters on Saturday. Wong Maye-E/AP hide caption

October 6, 2014 • The pro-democracy protests in Hong Kong largely have been peaceful, but many mainland Chinese see the demonstrators as spoiled troublemakers who are asking for too much, too soon. 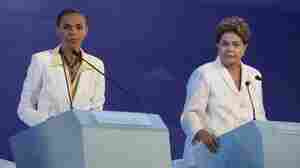 October 4, 2014 • Brazilians head to the polls Sunday in one of the most exciting elections in recent history there. The presidential race pits two women against each other — a first for the South American country. 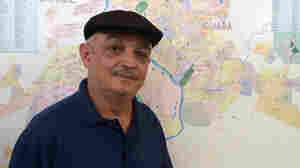 Antonio Cavalcante had a candidate for governor successfully barred after proving he had embezzled millions of dollars while he was a state legislator. Lourdes Garcia-Navarro/NPR hide caption

September 30, 2014 • Antonio Cavalcante helped get a candidate for governor barred after showing that the politician had embezzled millions of dollars while he was a state legislator. 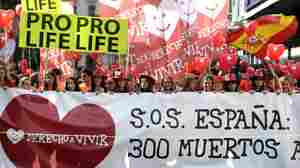 Anti-abortion demonstrators from the group Derecho a Vivir (Right to Life) take part in a protest in Madrid on Sept. 21. Prime Minister Mariano Rajoy had pledged to enact a strict anti-abortion law, but has now dropped the plan. Gerard Julien/AFP/Getty Images hide caption

September 25, 2014 • Supporters and opponents of abortion have taken turns taking to the streets. After months of protests, the conservative prime minister has dropped his plan to enact a strict anti-abortion law. 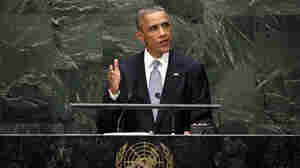 September 25, 2014 • Many legal scholars say the White House lacks a legal justification for the strikes inside Syria. But the administration disagrees, saying its actions are covered by post-Sept. 11 legislation. 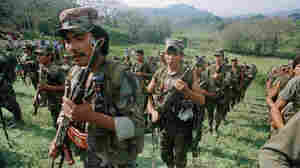 September 20, 2014 • As the U.S. begins to arm and train Syrian rebels, here's a look at the very mixed record of U.S. support for rebel movements from Angola to Afghanistan. 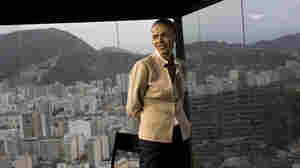 September 18, 2014 • Marina Silva grew up deep in the Amazon and says Brazil must do more to protect its natural riches. But environmentalists have doubts about what she can do, given the powerful agrobusiness interests. 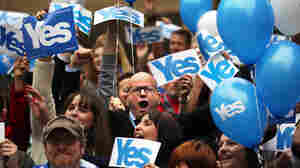 September 17, 2014 • Scotland's referendum on independence has implications beyond the borders of the United Kingdom. We take a look at several other regions with breakaway movements. 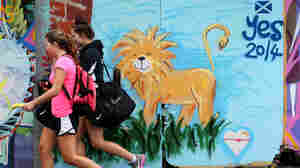 September 17, 2014 • Scotland has lowered the voting age from 18 to 16 for Thursday's referendum on independence. But it looks like the youngest voters won't be casting ballots in the way that many had initially expected.