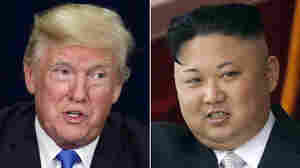 December 29, 2017 • After trading bellicose barbs with North Korea throughout 2017, the U.S. heads into 2018 with an increasingly capable foe and no clear diplomatic exit ramps to temper the tensions. 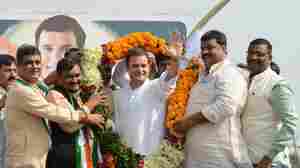 Rahul Gandhi (center), the new president of the Indian National Congress, waves while being garlanded during a political rally at Chilloda village on Nov. 11. Gandhi takes over the party leadership this week from his mother, Sonia Gandhi, who steps down after nearly two decades as the head of the party the Nehru-Gandhi family has dominated for 70 years. Sam Panthaky/AFP/Getty Images hide caption

As A New Gandhi Takes Over, Can India's Opposition Find Its Footing Again?

December 12, 2017 • Rahul Gandhi, the 47-year-old scion of the Nehru-Gandhi family, takes over the Congress party from his mother. Will the generational shift signal a change in fortune for the lackluster opposition? 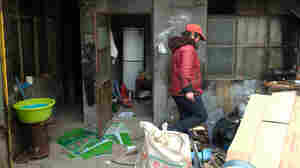 Authorities have given residents in Jiugong Township of Beijing, many of whom are migrant laborers, just days to clear out before they shut off all electricity and water. Anthony Kuhn/NPR hide caption

December 6, 2017 • Beijing's eviction of migrant laborers has sparked one of China's biggest political controversies. The government is reversing the flow of labor from the countryside to the cities. 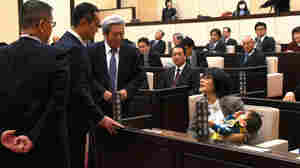 November 24, 2017 • When Yuka Ogata went back to work after having a baby, she tried to bring him along. The response highlighted the difficulties working women face in rules-bound Japan. 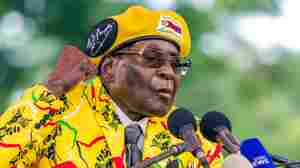 November 15, 2017 • Once a respected independence leader who called for "democratic rights," Zimbabwe's president became better known over the years as someone "who ruined his own country," says a Zimbabwean journalist. 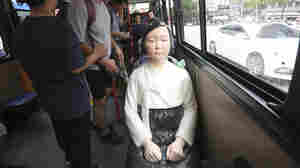 November 13, 2017 • Statues symbolizing the World War II sex slaves abused by Japanese soldiers have appeared this year on Korean city buses — including on a bus line whose doors open right in front of Japan's embassy. 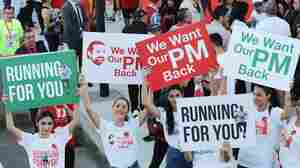 Supporters of Saad Hariri hold up placards demanding his return from Saudi Arabia at the starting line of Beirut's annual marathon on Sunday. Rumors have swirled that he is being held in Saudi Arabia against his will. Anwar Amro/AFP/Getty Images hide caption

November 13, 2017 • If Saad Hariri's Sunday TV interview with his political party's channel was meant to end rumors that he is being coerced by Saudi Arabia, it didn't work. Hariri resigned as prime minister Nov. 4. 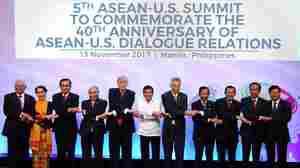 Asian leaders and President Trump pose for a photo during the Association of Southeast Asian Nations Summit in Manila on Monday. Manan Vatsyayana/AFP/Getty Images hide caption

November 13, 2017 • The Trump administration's engagement with Asia has matched the Obama administration's. What's changed are the priorities: elevating commercial issues to equal or higher priority than security issues. 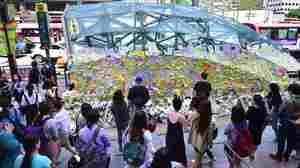 November 11, 2017 • When South Korea issued its sex education guidelines for public schools in 2015, there was an outcry and there were calls for them to be withdrawn. Two years later, the guidelines remain in place. 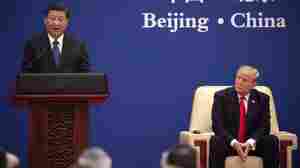 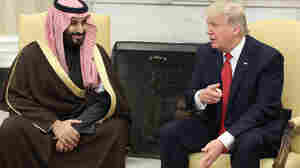 November 8, 2017 • Crown Prince Mohammad bin Salman is revolutionizing the way the kingdom does business at home. He's also shaking up the entire region as he confronts Iran on multiple fronts. 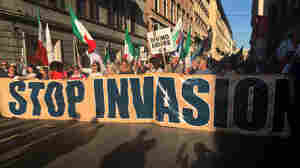 In Italy, Right-Wing Politicians Set Their Sights On Parliament

November 8, 2017 • Right-wing movements favoring anti-immigrant platforms have gained ground in much of Europe. Italy is no exception. Some neo-fascist groups are aiming for parliamentary seats in next year's election.

In Italy, Right-Wing Politicians Set Their Sights On Parliament 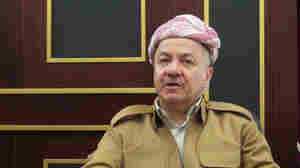 Masoud Barzani stepped down last week as president of Iraq's Kurdistan regional government. The independence referendum he pushed through resulted in a military attack by Iraqi forces. But, he tells NPR, "I am very proud that we have given the opportunity for the Kurdish people to express their vote." He says the region will reassess its relationship with the U.S. Jane Arraf/NPR hide caption

November 7, 2017 • In his first interview since pushing through an independence referendum that resulted in an Iraqi military attack, Iraqi Kurdish leader Masoud Barzani tells NPR he's still "very proud" of the result. 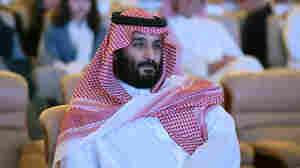 Saudi Crown Prince Mohammed bin Salman attends the Future Investment Initiative conference in Riyadh last month. "We are returning to what we were before — a country of moderate Islam that is open to all religions and to the world," he said at the economic forum. Fayez Nureldine/AFP/Getty Images hide caption

With Saudi Arrests, Crown Prince Shows He Can Force Change. But It's Not Democracy

November 6, 2017 • The weekend's arrests don't mean Saudi Arabia is opening up to democracy. The rulers are unelected monarchs with a record of jailing critics and minorities. But the sweep of arrests marks a change. 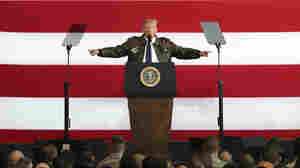 U.S. President Donald Trump delivers a speech to U.S. troops at the Yokota Air Base outside Tokyo on Sunday. Japan is the first stop on his five-nation trip. Eugene Hoshiko/AP hide caption

November 6, 2017 • The president's visit will be a defining moment. Will the region be reassured and put at ease or left only further concerned that the era of Pax Americana may finally be ending?