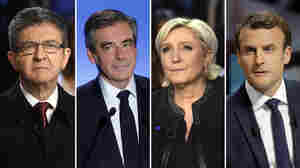 April 20, 2017 • Entrenched politicians have been swept aside, and fringe candidates and untested newcomers have filled the void. Four front-runners lead the field of 11 in Sunday's first round of voting. 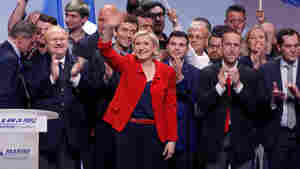 April 20, 2017 • The French presidential candidate is portraying herself as a working mom who fights for women, but says she's no feminist. The populist politician is also known for her anti-immigrant stance. 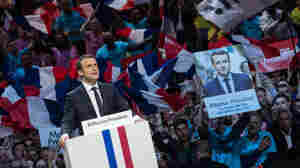 April 19, 2017 • Supporters of political newcomer Emmanuel Macron hope that talking to voters on their doorsteps — an unusual approach in France — will help him become their next president. 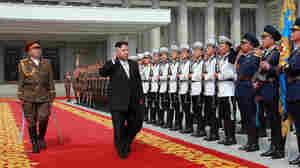 On China And North Korea: The Strength Of Weakness And The Limits Of Power

April 18, 2017 • The Trump administration wants China to help "solve" the North Korea problem. Beijing has leverage, but its influence on Pyongyang — and even whether it wants to use all of it — is far from clear. 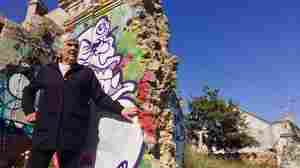 Gandelina Damião, 78, lost three children to heroin in the 1990s. She says she wishes methadone clinics and other government-sponsored drug treatment had been available to her children before they died. Lauren Frayer for NPR hide caption

April 18, 2017 • Since 2001, possession or use of any drug has been treated as a health issue in Portugal. The country's drug-induced death rate has plummeted to five times lower than the European Union average. 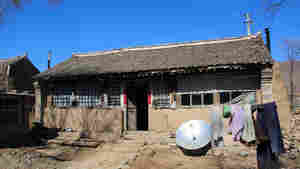 April 16, 2017 • Set to be implemented in 2030, the plan would merge Beijing, the port city of Tianjin and Hebei province into a mega-region to push economic development. Some are skeptical resources will be shifted. 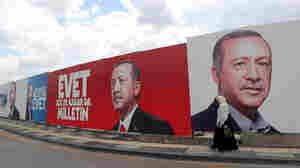 A woman walks past a giant poster bearing portraits of Turkish President Recep Tayyip Erdogan in Ankara, ahead of the referendum on whether to change the current parliamentary system into an executive presidency. Adem Altan/AFP/Getty Images hide caption

Will Turkey Vote To Give Erdogan Even More Power?

April 15, 2017 • Turkish voters go to the polls April 16 to decide whether to replace a parliamentary form of government with a strong presidency. Critics call the referendum "a dangerous step backwards." 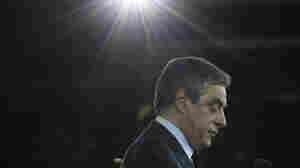 Conservative French presidential candidate Francois Fillon delivers a speech April 9 during a campaign meeting in Paris. The two-round presidential election is set for April 23 and May 7. Fillon has played up his religion during the campaign, and that has played well with France's Catholics. Thibault Camus/AP hide caption

April 15, 2017 • In the heavily secular country, Catholic Francois Fillon has been the only one of 11 candidates to speak openly about his religion. It may be keeping his scandal-tinged campaign afloat. 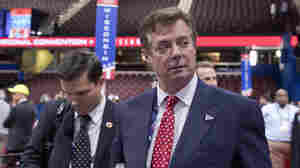 April 14, 2017 • Ukrainian investigators are seeking to understand the former Trump campaign manager's ties, if any, to former President Viktor Yanukovych at the time when anti-government protesters were shot in 2014. 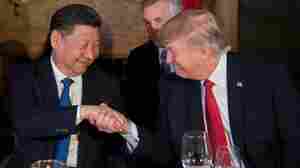 'The Art Of The Deal' Prevails In U.S.-China Talks, For Now At Least

April 13, 2017 • An apparent deal to cooperate on the North Korean nuclear issue is among several points of agreement that are emerging after the summit between President Trump and Chinese President Xi Jinping. 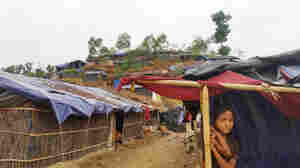 The Balukali refugee camp, located about an hour's drive south of the seaside tourist city of Cox's Bazar, is one of many informal camps in southern Bangladesh. An estimated 2,000 Rohingya families who fled neighboring Myanmar live in Balukali. Michael Sullivan for NPR hide caption 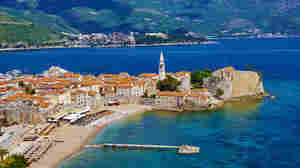 Alleged Plot, Coming Trial In Montenegro Reads Like a Thriller

April 13, 2017 • In February, Montenegro's special prosecutor announced that "Russian state bodies" had backed a plot to overthrow the government and kill the prime minister. A trial is expected to begin this fall.

Alleged Plot, Coming Trial In Montenegro Reads Like a Thriller 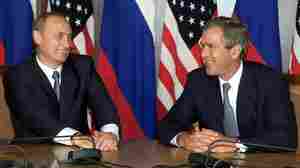 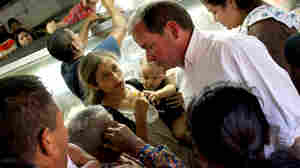 Juan Pablo Guanipa is running for governor of the western Venezuelan state of Zulia, and as he campaigns in Maracaibo, the state capital, people complain of food shortages and hyperinflation. John Otis for NPR hide caption

Opposition Parties In Venezuela Prepare For Elections, Hoping They Will Come

April 8, 2017 • Venezuela's ruling party is threatened by an opposition fueled by an economic crisis and related public anger over fuel and food shortages. It's kept power in part by stalling all manner of elections.

Opposition Parties In Venezuela Prepare For Elections, Hoping They Will Come 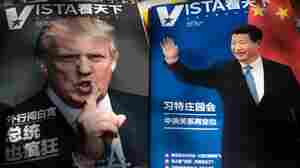 April 6, 2017 • "We worried if we did not take immediate stabilizing measures," a Chinese analyst says, "the relationship could nosedive and pose serious problems for our finances, economy and strategic security."