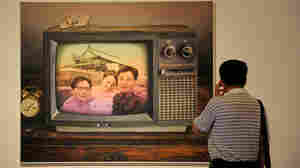 A man looks at the painting Better To Have Only One Child at the China National Art Museum in Beijing. More than three decades after China's one-child policy took hold, some bereaved parents are suffering an unintended consequence of the policy: The loss of a child leaves them with no support in their old age. Wang Zhao/AFP/Getty Images hide caption

July 10, 2014 • China's one-child policy, introduced more than three decades ago, has had some unintended consequences. One is that, in the event of a child's death, many older parents lack a source of support. 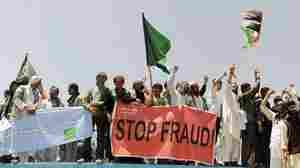 July 2, 2014 • The presidential vote was held in April. The two-man runoff came on June 14. Preliminary results expected Wednesday have been delayed as one candidate, Abdullah Abdullah, claims widespread fraud. 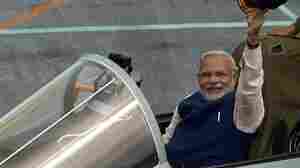 June 29, 2014 • Narendra Modi became prime minister just a month ago. He had a big agenda, but has yet to launch any major programs. But the tech-savvy leader has racked up 5 million Twitter followers. 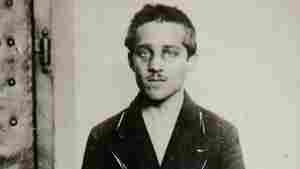 Nineteen-year-old Bosnian Serb Gavrilo Princip fired the shots that killed the heir to the Austro-Hungarian empire, Archduke Franz Ferdinand, and his wife, Sophie, during a visit to Sarajevo on June 28, 1914. Depending on whom you ask, he's either a hero or a terrorist. Historical Archives Sarajevo/AP hide caption

The Shifting Legacy Of The Man Who Shot Franz Ferdinand

June 27, 2014 • Gavrilo Princip helped spark World War I when he assassinated the heir to the Austro-Hungarian throne a hundred years ago. In death, he's been a more potent symbol than he ever was in life.

The Shifting Legacy Of The Man Who Shot Franz Ferdinand 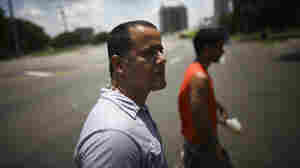 Isbel Diaz Torres is an LGBT activist in Cuba. He sees his fight for equality as an extension of Cuba's socialist revolution. David Gilkey/NPR hide caption

On Being Gay, And Socialist, In Cuba Today

June 26, 2014 • Isbel Diaz Torres sees his LGBT rights activism as an extension of Cuba's socialist revolution. Attitudes are changing, but he's still struggling to find a place in the island's political landscape. 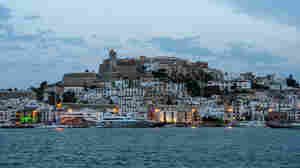 Oil Off The Coast Of Ibiza? Protesters Don't Want To Know

June 26, 2014 • Spain is weighing a plan to allow oil exploration near the party island of Ibiza. Opponents fear the move could threaten the environment and tourism, but finding oil could also be an economic boost. 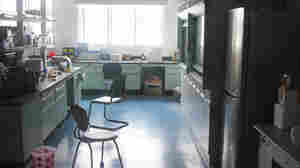 An empty lab used by China Enriching Chemistry, which was accused of shipping illegal drugs to the U.S. Eric Chang, the company's director, is currently in jail in China, where he was charged with producing ecstasy. Frank Langfitt/NPR hide caption

A Chinese Chemical Company And A 'Bath Salts' Epidemic

June 16, 2014 • When the drugs first appeared, U.S. law enforcement officials had a tough time figuring out what they contained and where they came from. One source was a lab in Shanghai.

A Chinese Chemical Company And A 'Bath Salts' Epidemic 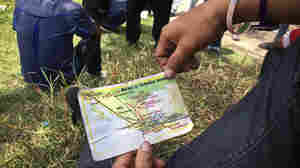 A migrant from El Salvador holds a map he received from church workers at the Mexico-Guatemala border. It shows the freight train schedules and routes to the U.S. border. Carrie Kahn/NPR hide caption

A Flood Of Kids, On Their Own, Hope To Hop A Train To A New Life

June 10, 2014 • Tens of thousands of unaccompanied kids from Central America cross Mexico toward the U.S., a dramatic increase from past years. They make the perilous journey to escape poverty and worsening violence.

A Flood Of Kids, On Their Own, Hope To Hop A Train To A New Life 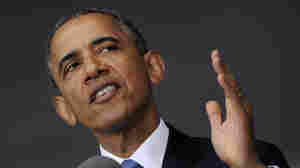 President Obama delivers the commencement address to the U.S. Military Academy at West Point on May 28. The president has employed U.S. military force much more sparingly in his second term than his first. Susan Walsh/AP hide caption

June 8, 2014 • In his first term, the president launched a troop surge in Afghanistan, stepped up drone strikes and ordered the raid that killed Osama bin Laden. In his second term, he's been reluctant to use force. 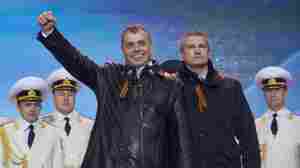 Crimea's new prime minister, Sergei Aksyonov (right), and the speaker of the legislature, Vladimir Konstantinov, attend a rally at Red Square in Moscow on March 18, the day Russia annexed the territory. Russia is pumping billions into Crimea after taking it from Ukraine. However, corruption has been a major problem in Crimea. Pavel Golovkin/AP hide caption

June 5, 2014 • Moscow is pouring in billions in an effort to make Crimea a showcase of development. But Crimea has a deeply entrenched reputation for organized crime, which already taints some of its new leaders. 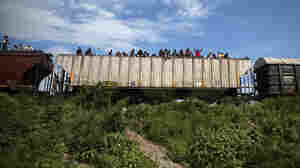 Migrants arrive at a rest stop in Ixtepec, Mexico, after a 15-hour ride atop a freight train headed north toward the U.S. border on Aug. 4. Thousands of migrants ride atop the trains, known as La Bestia, or The Beast, during their long and perilous journey through Mexico to the U.S. John Moore/Getty Images hide caption

June 5, 2014 • As many as a half-million undocumented immigrants, including more and more children, make dangerous 1,450-mile trips atop this network of freight trains each year. 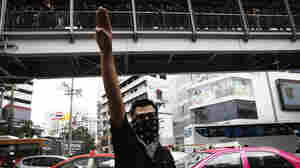 June 4, 2014 • The silent, three-finger salute from the smash movie and book series has been catching fire among demonstrators in a country where the military has banned most every form of protest. 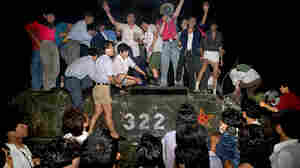 Civilians hold rocks as they stand on a government armored vehicle near Chang'an Boulevard in Beijing, early June 4, 1989, before the army began a crackdown on pro-democracy protesters in and around Tiananmen Square. Jeff Widener/AP hide caption

June 3, 2014 • Suppressing its own people with tanks and guns 25 years ago was a pivotal act of modern China. Beijing hoped economic prosperity would make people forget. But the legacy of Tiananmen remains potent. 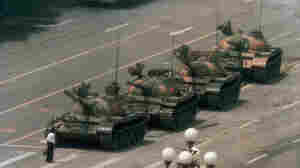 A Chinese man who became known as "Tank Man" stands alone to block a line of tanks heading east on Beijing's Changan Avenue just outside Tiananmen Square on June 5, 1989. It's an iconic image known around the world -- except in China. Jeff Widener/AP hide caption

June 1, 2014 • Students were the driving force behind the 1989 pro-democracy protests in Beijing. China's youth now have other worries, the events of 25 years ago forgotten and buried by time and the government. 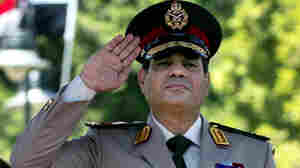 May 29, 2014 • Less than a year after a coup, Abdel Fattah al-Sisi won the presidential election with more than 90 percent of the vote.