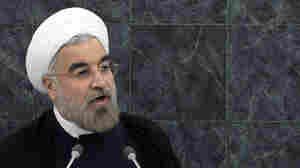 Iran's President Hasan Rouhani speaks at the U.N. General Assembly on Tuesday. With his outreach to the West, he received mostly positive reviews in the U.S., and most Iranians, who are being squeezed by sanctions, also appear supportive. Brendan McDermid/AP hide caption

Reaching Out To The West, Iran's Leader Wins Support At Home

September 27, 2013 • President Hasan Rouhani won mostly positive reviews in the U.S. this week and it appears he also got high marks in Iran, where his fellow Iranians have been feeling the squeeze of tough Western sanctions.

Reaching Out To The West, Iran's Leader Wins Support At Home 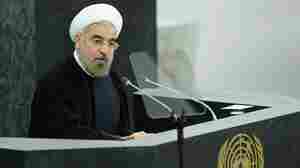 Iranian President Hasan Rouhani speaks at the United Nations on Tuesday. The U.S. and Iran are taking part in talks Thursday, looking for a possible breakthrough after years of negotiations on Iran's nuclear program. Stan Honda/AFP/Getty Images hide caption

September 26, 2013 • President Obama and other American officials have expressed doubts about the U.N.'s ability to get things done. But this week, the U.S. has gone to the U.N. to address its two most pressing diplomatic challenges — Syria and Iran. 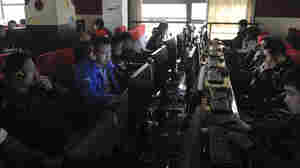 September 26, 2013 • The Chinese government is one of the most aggressive when it comes to censoring the Internet and restricting social media. A 16-year-old boy recently became the first person arrested under a new law that bars the spreading of rumors. 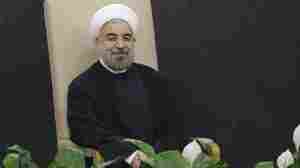 Much To Smile About? Iranian President Hasan Rouhani prepares to address the 68th session of the U.N. General Assembly on Tuesday. Frank Franklin II/AP hide caption

September 25, 2013 • Hasan Rouhani spoke of moderation and said Iran was willing to talk to the West about its nuclear program. The U.S. and its European allies have reacted with cautious optimism, but not everyone is buying the new Iranian leader's charm offensive. 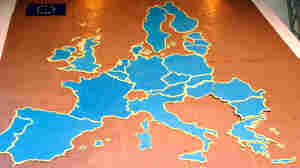 A chocolate cake is shaped like Europe, with new EU members Romania and Bulgaria (far right), at a welcoming ceremony for their entry into the bloc on Dec. 14, 2006. Curbs on the movement of citizens of the two countries end on Jan. 1, raising fears in Western Europe of an influx of Bulgarian and Romanian workers. Thierry Charlier/AP hide caption

August 29, 2013 • The Dutch social affairs minister warned recently about the negative consequences of immigrants from Bulgaria and Romania. The debate comes as the Netherlands — and Europe — still feels the effects of the global recession. 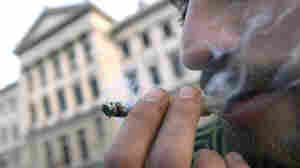 A man smokes marijuana outside Uruguay's parliament in Montevideo on Wednesday, where lawmakers in the lower house debated and passed a bill that would legalize marijuana and regulate its production and distribution. Matilde Campodonico/AP hide caption

August 2, 2013 • The South American country could be the first nation to legalize the production, distribution and use of marijuana. It's a bold response to incessant drug-related violence in the region and signals a quest for alternatives to the U.S.-led war on drugs and a rethinking of official U.N. anti-drug policy. 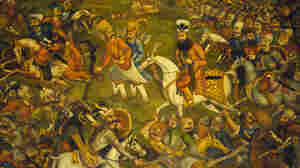 February 12, 2007 • The division between Islam's Shiite minority and the Sunni majority is deepening across the Middle East. The split occurred soon after the death of the Prophet Muhammad, nearly 1,400 years ago.