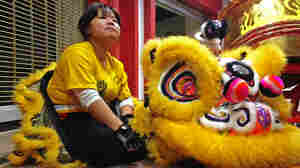 January 31, 2014 • A group of Asian-American women in Boston are redefining a Lunar New Year tradition every year by performing in an all-female lion and dragon dance troupe. The Chinese martial art is traditionally performed by men, often during new year's parades. The Lunar New Year starts Friday. 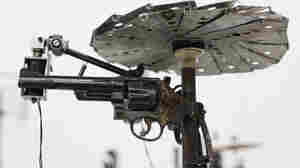 January 25, 2014 • Mexican Artist Pedro Reyes wants to encourage questions about the availability of deadly weapons, so he turns guns into shovels and most recently, unique musical instruments. 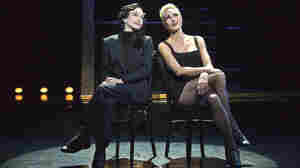 Neuwirth Returns To Broadway, With More 'Class' Than Ever

January 25, 2014 • The Broadway veteran, who played the icy Lilith on TV's Cheers and Frasier, is back onstage in the musical Chicago for a third time — this time playing prison matron Mama Morton.

Neuwirth Returns To Broadway, With More 'Class' Than Ever

These Guitars Are For The Birds — Literally

January 15, 2014 • A new exhibit at the Peabody Essex Museum in Salem, Mass., features a flock of 70 finches and an array of tuned and amplified guitars. As the flock fills the open room, the birds are free to land on the guitars, making music of their own as they move and jump off the instruments.

These Guitars Are For The Birds — Literally 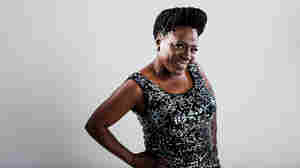 Sharon Jones' new album with the Dap-Kings, Give the People What They Want, comes out Jan. 14. Kyle Dean Reinford/Courtesy of the artist hide caption

January 12, 2014 • In this week's podcast, we hear a researcher's objections to hugging, comedian Paul F. Tompkins brings authors back from the dead, and Sharon Jones beats cancer and releases a long-awaited album. 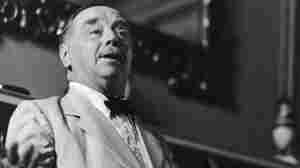 January 11, 2014 • Every month, comedian Paul F. Tompkins plays the late science fiction author H.G. Wells in hosting different famed writers (played by some of comedy's hottest stars) for in-depth interviews about their work, their personal lives and their anger at critics. 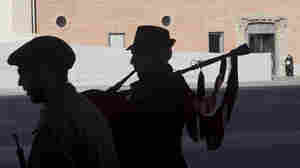 Madrid's Street Performers Now Must Audition To Hold Out A Hat

January 6, 2014 • A new noise reduction law in Spain's capital also prohibits amplifiers and requires entertainers to move along every two hours. The city's famed buskers who pass an audition get a free, one-year renewable permit to perform outdoors; those who don't pass muster could face fines for disturbing the peace.

Madrid's Street Performers Now Must Audition To Hold Out A Hat 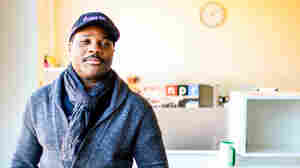 Don't Call Him Theo: Malcolm-Jamal Warner On Life After 'Cosby'

January 3, 2014 • Malcolm-Jamal Warner famously played Theo Huxtable on The Cosby Show. Now he's starring in a new stage production of Guess Who's Coming to Dinner. Warner talks to NPR's David Greene about his audition for the part of Theo, what he learned from Bill Cosby and how his new play differs from the 1967 movie that inspired it.

Don't Call Him Theo: Malcolm-Jamal Warner On Life After 'Cosby' 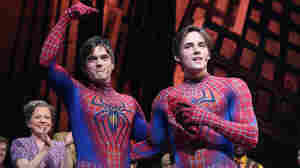 January 3, 2014 • By most estimates, the trouble-plagued show will have lost about $60 million when it closes tomorrow. It has been commercial theater's most stunning flop.

Malcolm Jamal Warner On Growing Up On 'The Cosby Show'

January 2, 2014 • Actor Malcolm Jamal Warner may be best known for his role as Theo on The Cosby Show. Now he's starring in a stage production based on the 1967 film Guess Who's Coming to Dinner. In the first of a two-part interview, David Greene talks to Warner about coming of age on The Cosby Show.

Malcolm Jamal Warner On Growing Up On 'The Cosby Show' 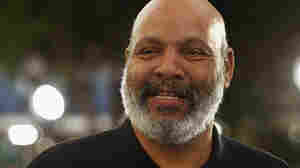 Actor James Avery, known to many as "Uncle Phil" on the TV show The Fresh Prince of Bel-Air, has died. He was 68. Mark Mainz/Getty Images hide caption

January 1, 2014 • James Avery, the actor who played the Honorable Philip Banks — also known as Uncle Phil — on the TV show The Fresh Prince of Bel-Air, has died. 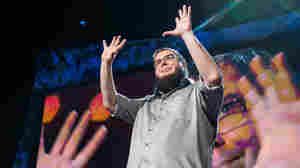 "I can't let my life be this. Because if I give up now, that's what my life will be. I'll never walk out the front door." — Shane Koyczan James Duncan Davidson/TED hide caption

Shane Koyczan: What's It Like To Be Young And Bullied?

December 20, 2013 • Shane Koyczan describes growing up endlessly tormented by bullies. When he turned to spoken-word poetry to cope, he found that millions related to his anti-bullying message. 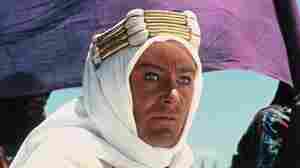 Peter O'Toole was nominated for an Academy Award for his title role in Lawrence of Arabia. Sony Pictures Home Entertainment hide caption

December 15, 2013 • Peter O'Toole, the Hollywood legend who was made famous in his title role in Lawrence of Arabia, died on Saturday in a London hospital. The 81-year old Irishman was nominated for eight Oscars in his distinguished career, and was known as a bit of a hellraiser.

December 14, 2013 • British-Iranian comedian and actor Omid Djalili gained a degree of fame in the United States talking about and even joking about issues of terrorism and the Middle East following 9/11. After several years and success in Britain, he's coming back to the States. 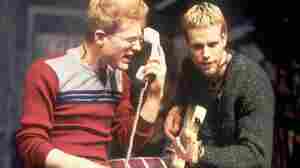 Draining The Daring From A High School Production Of 'Rent'

December 14, 2013 • Recently, the principal of Trumbull High School in Connecticut canceled a student production of Rent. The rock musical, about a group of young people living in New York, features characters dealing with drugs, sexuality and AIDS.

Draining The Daring From A High School Production Of 'Rent'