What Comes After Tiananmen's 'Tank Man'?

What Comes After Tiananmen's 'Tank Man'? 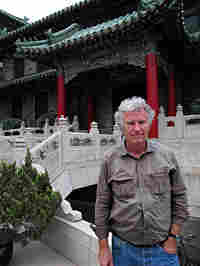 There were a few lucky photographers who captured that image and managed to smuggle their negatives back into the States. One of these photographers was Jeff Widener. Surely he's been interviewed ad nauseam about this photograph, but we were more interested in what came after it. Twenty years after this photo was taken, we take a look back through Widener's portfolio and ask him, "What comes after the Tank Man?"

Picture Show: How did the Tiananmen photograph change the tide of events in your life, and how has it influenced your career? Do you ever see it as a mixed blessing?
Jeff Widener: For me, the Tiananmen uprising was just another story. It just happened to be a really big one. I recall being a bit of a Charlie Brown in school. I was always dropping the ball, so from that point in life, I had something to prove to the world and I guess the tank picture helped. Though my picture of the "unknown rebel" became internationally known, it was not a free career ticket. There are many talented photographers and the competition is always fierce. I have always felt a bit typecast with "that image" and I have always concentrated on a larger body of work.

The famous image may have helped open some doors but at the end of the day it is whether you can deliver that counts.

PS: What was the month like after you took this photo?
JW: It was just crazy. I recall having to speak in front of 500 newspaper editors at an Associated Press Managing Editors convention. I was really nervous. My new shoes were sliding on the carpeting and my sport coat was too tight. At the time, I would have rather faced bullets in China than speak to that crowd. The Charlie Brown syndrome had turned me into a fanatical perfectionist and there was no way I wanted to blow my lines. Not only did the first month produce praise from all sides; the months following were filled with awards from all over the world including a Pulitzer Prize nomination.

PS: Was the image instantly heralded — and did that instantly catalyze your career?
JW: Tank Man was off and running the minute it hit the presses. The day after I shot it, I received an avalanche of congratulations from around the world. London claimed I was fronting all U.K. papers. USA Today, International Herald Tribune and just about every paper in world had it fronting their publication. ... I even fulfilled a lifetime fantasy of getting a double-page spread in Life magazine. I was a pretty hot item for a while in 1989, but as time went on I had to settle back down to reality and get on with my career. 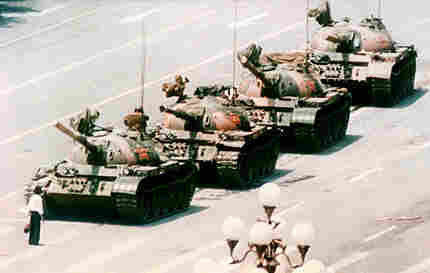 PS: What have you worked on since that photograph was taken?
JW: I covered assignments in over 100 countries from Princess Diana in Bangkok to penguins in Antarctica. For the last 20 years I have been fortunate to live a photojournalist's dream. I even got to have breakfast with astronaut Buzz Aldrin in Honolulu a couple of years ago. I recall how I wanted to surprise him with a signed copy of "Tank Man"; he looked at it and then pulled from his pocket a signed postcard of himself on the moon. One of the few times I got topped. Now, I have returned to my love affair with Leica rangefinder cameras and black and white Tri-X film. My work is now heading in an art direction with an emphasis on the human condition like the masters. In May of this year, I was fortunate to meet a legendary photographer, Elliott Erwitt in New York. It was one of the few times my ego looked for the nearest exit.

PS: What are some of your favorite photographs you've taken?
JW: There are many but some of my new black-and-white work tops the list.

PS: Tell us about the images you've selected to share.
JW: They are some of my favorite shots from my years based in Bangkok for Associated Press and at The Honolulu Advertiser. I am particularly attracted to strong graphics as well as expressing my acidic sense of humor. The Ghanaian soldier during the 1992 sponsored elections in Cambodia is a perfect example of strong design, [much like] the picture of the lone man stopping the tanks. ... The Japanese schoolgirls in Honolulu is a humorous moment that covers daily life. Princess Diana posing for the cameras shows her vanity side.

PS: What is the most commonly asked question about your Tiananmen photo?
JW: What ever happened to "Tank Man"?