Accessibility links
New Topographics (Redux) : The Picture Show In 1975, eight young Americans — and one German couple — were featured in an exhibition that pretty much flew in the face of Ansel Adams. Curated by William Jenkins at the George Eastman House, the exhibit was called "New Topographics: Photograp...

In 1975, eight young Americans — and one German couple — were featured in an exhibition that pretty much flew in the face of Ansel Adams. Curated by William Jenkins at the George Eastman House, the exhibit was called "New Topographics: Photographs of a Man-Altered Landscape" and, according to some historians, it marked a paradigm shift in the world of photography, although that shift was imperceptible at the time.

What was so impressive about photos of tract housing and abandoned buildings? Maybe "impressive" is the wrong word — but it was unusual that they were considered landscapes. Unlike their predecessors, these new "topographic" photographers (such as Robert Adams, no relation to Ansel) were less concerned with portraying an ideal image of nature and were more interested in showing plainly how man has altered it. Their photos were descriptive, unemotional and simple — a fusion, almost, of traditional landscape and social documentary photography, with man as the focus, but out of the picture. 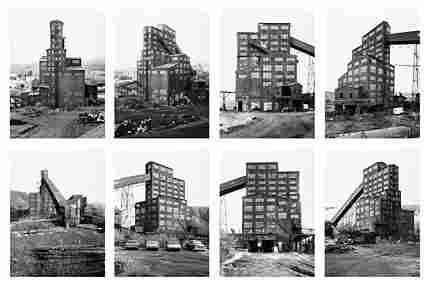 The exhibit, now often cited as one of the most seminal in photographic history, suggested other changes, too. All of the photographers were (or would soon be) associated with academia, either as students or professors of photography; traditionally, photography as a trade was not widely taught in schools. Moreover, the photos of Stephen Shore, which provided the only color in the exhibition, also spoke for a shift from the old belief that fine art could only be in black and white.

The idea of photography as "fine art" was gaining more traction, too, and photography itself was becoming more democratic. This meant that as long as you had a camera and really thought about each frame, you could join the ranks with Ansel Adams. (Of course, very few photographers will ever top Adams' contributions to the medium. Still, there's something to be said for showing not just a pretty landscape, but the ways in which man has altered it.)

For the first time, the George Eastman House is resurrecting the exhibition. Teaming up with the Center for Creative Photography at the University of Arizona, they've chosen more than 100 photos from the original exhibition to go on tour again, starting this Saturday. The tour will focus on the historical significance of the 1975 exhibition, as well as its continued relevance today. To learn more, check out the George Eastman House Web site.

Do you have photos that fit this genre? If so, we want to see! Add them to our Flickr group pool, and tag them "npr topography."