Accessibility links
Ernesto Bazan's Vision Of Cuba : The Picture Show By Heather MurphyAfter more than twenty years as a commercial photographer, Ernesto Bazan took what he calls his "first good picture in Cuba." It was 1993. A young girl purses her lips in concentration, holding billowy white fabric to her head...

After more than twenty years as a commercial photographer, Ernesto Bazan took what he calls his "first good picture in Cuba." It was 1993. A young girl purses her lips in concentration, holding billowy white fabric to her head, as if she's a bride. The shadow of another child, hidden by the veil, floats on a hot cement wall behind her.

Bazan had taken thousands of photographs before, but there was something about this delicate image of a stranger that got at the "essence of life" in a way that his work for magazines could not. Soon after, he gave himself entirely to this approach — wandering the streets, like a "hunter stalking game," he explains in a Sicilian accent coated by 14 years in Cuba. He gave up assignments and funded his work through grants and teaching, which he found — to his surprise — he was good at.

The resulting images appear in a self-published masterpiece, titled simply Bazan Cuba. After three years in production, the book emerged this spring and won the best photography book of the year award at the New York Photo Festival. 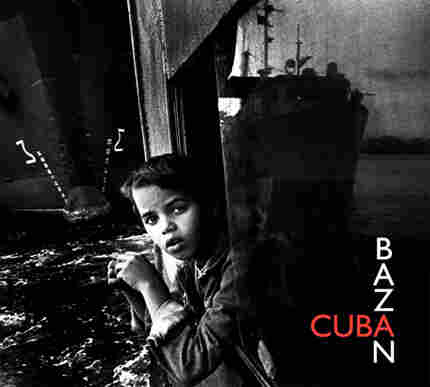 This week, its pages have special significance. On July Fourth three years ago, the Italian-born Bazan reluctantly left the country he had fallen in love with. Cuban police told him, without much explanation, that he could no longer teach photography workshops. Taking this as a signal that he, his Cuban wife and twin boys were no longer safe on the island, they moved to Mexico.

It was a jarring turn of events for a man who had once been granted unprecedented access to Fidel Castro's military. "Not because my pictures were showing Cuba in a positive light," he says. "I was photographing the harshest moment in its history. ... They liked the fact that I tried to take pictures of people's plight. I feel that the indomitable spirit of humanity comes through."

Cuba is a highly photographed place, but Bazan's vision is distinctive. He gracefully delivers moments in Cuban life that only an extremely sensitive outsider-turned-insider could possibly find.

His images are full of surprises — look quickly and you'll see a beautiful photograph; linger and you'll begin to grasp a more complex subplot. There is often something hidden — a solemn face peeking out between a girls' shiny fingernails, a hand reaching eerily through a stream, a car bumper that is actually a man's head. 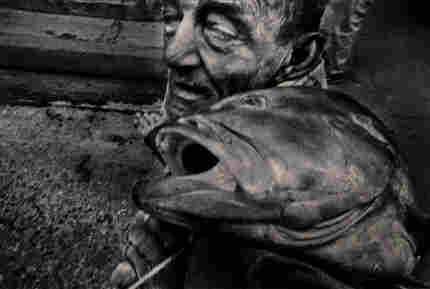 This is one of Bazan's favorite photos. Listen to him explain why:

"I like to incorporate different moments taking place at the same time, but the moments are unrelated to one another," he says. "I do that sometimes because I like to show the multilayered nature of life and reality."

Compiling 14 years of experience with Cuban reality took several years. Rather than give up control, he published the book himself with the help of 50 friends and students, involving photography experts and beginners alike in the editing process. Production was an invigorating collaborative process. Though it occurred far from the island, the process, he says, felt very Cuban.