Accessibility links
Journeys In The Muslim World : The Picture Show By Claire O'NeillThe best way to photograph a culture is to first understand it. This is what makes Alexandra Avakian such an effective photojournalist: For nearly two decades, she has traveled the world from Mississippi to Iran studying, docume...

Journeys In The Muslim World

Journeys In The Muslim World

The best way to photograph a culture is to first understand it. This is what makes Alexandra Avakian such an effective photojournalist: For nearly two decades, she has traveled the world from Mississippi to Iran studying, documenting and immersing herself in various Muslim cultures. For Avakian, her new book, Windows of the Soul: My Journey in the Muslim World, is a stunning visual recollection of the things she has seen. For the rest of us, it's an intimate introduction to a richly diverse Muslim world.

Avakian has arguably seen the worst: war, poverty, repression, death. A regular contributor to National Geographic and a member of Contact Press Images, she has also been published in The New York Times Magazine, Life and Time, to name a few. Even from a young age, she was drawn to stories of struggle, revolution and conflict. In her words: 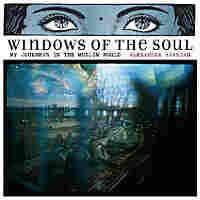 I had been fascinated by revolution and civil war and longed to learn more about the lengths to which people go to change their living conditions and achieve basic human rights. I was less interested in ideology than in the human capacity for bravery in the fight for freedom.

Her photos take us from Gaza to Iran, from Somalia to Pennsylvania. A young boy in Morocco, arms crossed, maybe 9 years old, smokes a cigarette with a smirk as others play foosball; a Sufi worshiper wails on his knees after having swallowed glass shards — a gesture of religious penitence; children glow in evening light as they play in a rusty, abandoned car at a refugee camp in Gaza. Avakian has traveled the world working on many different kinds of stories, but has found herself often drawn back to the Middle East.

Some of her photographs are difficult to look at — images of famine, bloodshed and loss. But putting herself in such situations, Avakian says, was facilitated by a certain sense of mission. She writes that many Americans "see only brief news reports, which tend to prominently feature violence and anger. While my own photographs contributed to these quick news bites," she continues, "there is much more to the story." Her work tells that story, because although some photos are difficult to look at, many others show quiet moments, both happy and sad, that humanize what for many is just a news story. One might say that Avakian is as much an anthropologist as she is a photographer.