Accessibility links
Mutoscopes: The Earliest YouTube? : The Picture Show By Claire O'Neill Ryan Lintelman, curatorial assistant at the Smithsonian's Photographic History Collection, likens mutoscopes to YouTube. "They're accessible, they're cheap, and they're not as tightly censored as the movies, so we see a lot of s...

Ryan Lintelman, curatorial assistant at the Smithsonian's Photographic History Collection, likens mutoscopes to YouTube. "They're accessible, they're cheap, and they're not as tightly censored as the movies, so we see a lot of sexual... [and] violent content." But that raises the question: What is a mutoscope? The Picture Show wanted to know more, so our friends at the Smithsonian's National Museum of American History took us behind the scenes. 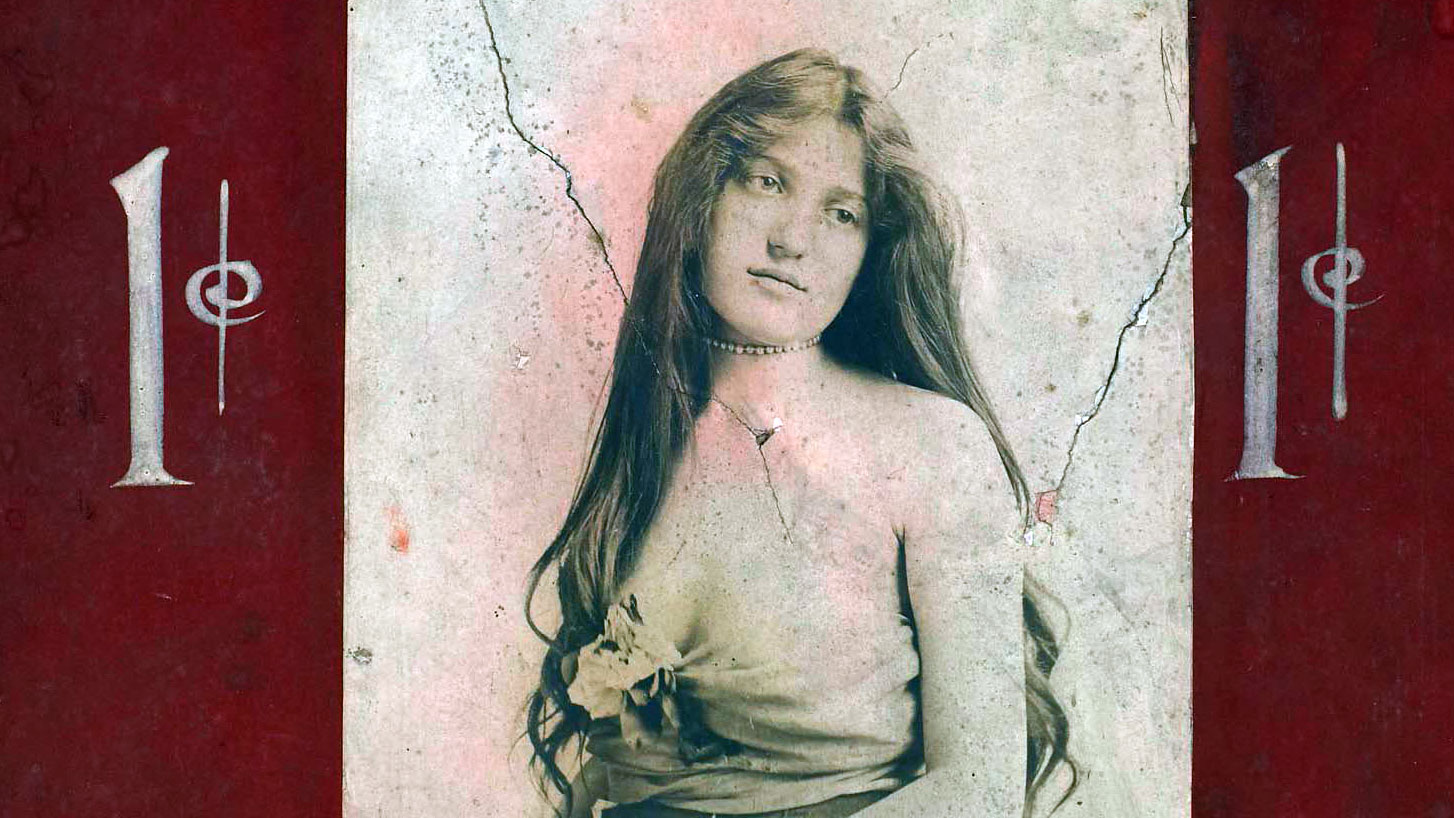 The Picture Show went behind the scenes at the Smithsonian to learn about mutoscopes.

A mutoscope, Lintelman explained, was typically a large, cast iron machine that housed a hub of rotating images — one of the very first motion picture devices. When flipped through with a crank, they produced a brief silent film (hence the name) that could be viewed by one person at a time.

Typically found in arcades, parlors and movie theaters, mutoscopes offered a cheap and private alternative to movies. On the exterior of each machine, a title card displayed the name and price of the film. Smithsonian has a whole collection of these handmade cards, which you can see in the gallery above. How could you resist titles like, "After He Bought Those Monkey Glands" and "The Lost Toupee"?

From daguerreotypes to one of the first digital cameras, the Smithsonian's Photographic History Collection offers an incredible array of materials: Ansel Adams prints, stereoscopes, photos of atomic explosions, and much more.

In this excerpt from the Smithsonian Channel television series "Stories From the Vaults," the photographic curator Shannon Perich tells Tom Cavanagh a bit more about the clunky contraptions.