Accessibility links
How Jazz Warmed Cold-War Hearts : The Picture Show By Claire O'Neill An audio slideshow produced in collaboration with Meridian International Center: "Jam Session: America's Ambassadors Embrace The World." The year is 1956. We're deep in the throes of the Cold War. And as European powers are div...

The year is 1956. We're deep in the throes of the Cold War. And as European powers are divested of colonial possessions, the Soviet Union is shrewdly dispatching cultural envoys around the world — dancers, musicians and artists — to win the trust and loyalty of newly emerging nations.

Meanwhile, the U.S. government is clambering in search of its own diplomatic edge. A voice of reason then emerges from the panic: Adam Clayton Powell Jr., a Harlem congressman, steps up and says, "Let's send Dizzy." There's no better way to win hearts and minds than through the irrepressible forces of jazz, he proposes. 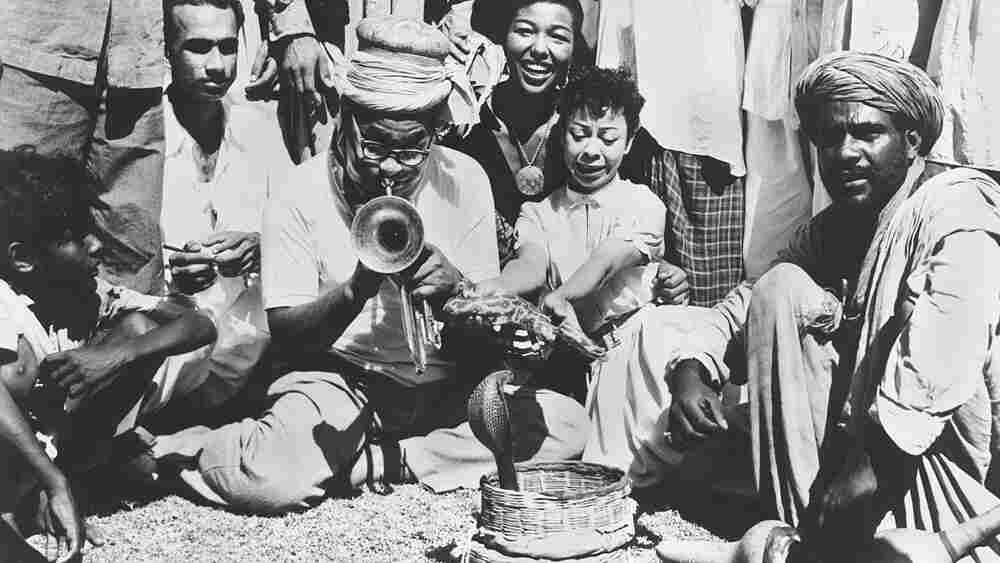 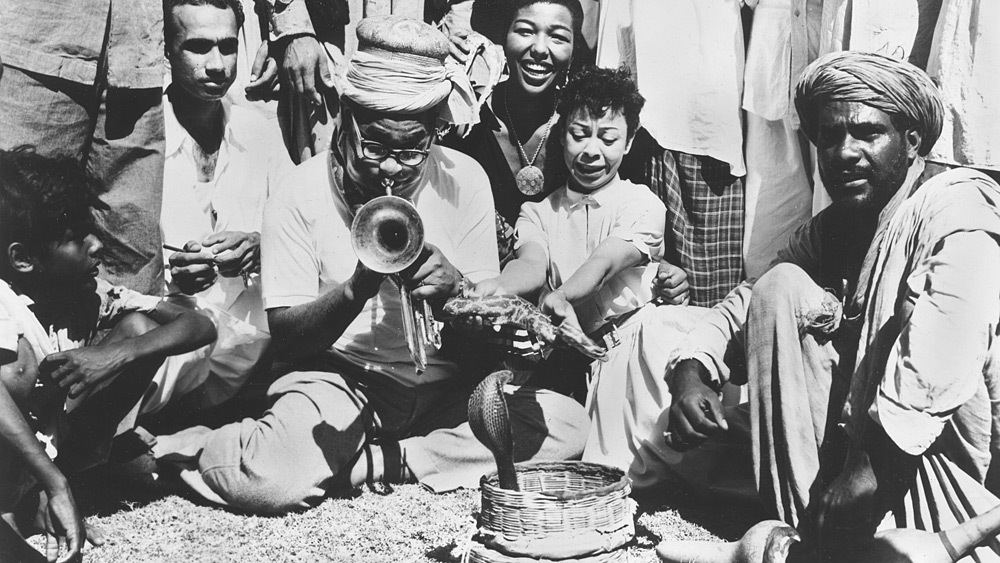 "Of course!" thought the State Department. Not only was jazz a uniquely American art form, but also a democratic one. The rules were loose, the music free-flowing — and the musicians were ideal diplomats: All they wanted was to jam with "local cats." In turn, these jazz artists spread the image of an accepting, inquisitive and just plain cool America.

Jazz had already been popularized abroad through various circuits, namely Willis Conover's "Music U.S.A.," a Voice of America radio program. Intimate interviews and live performances were broadcast globally, providing diversion and comfort to those behind the Iron Curtain and beyond.

But the real leg up for jazz came when the U.S. State Department decided to officially sponsor a series of ambassadorial jazz tours that would run through the 1970s. (A form of these tours still exists today.) With government funding, musicians like Dizzy Gillespie could assemble all-star bands to tour the world as cultural diplomats — "jambassadors," if you will — keen to expand their musical horizons by experimenting with new instruments and new people. And the international crowds loved it. 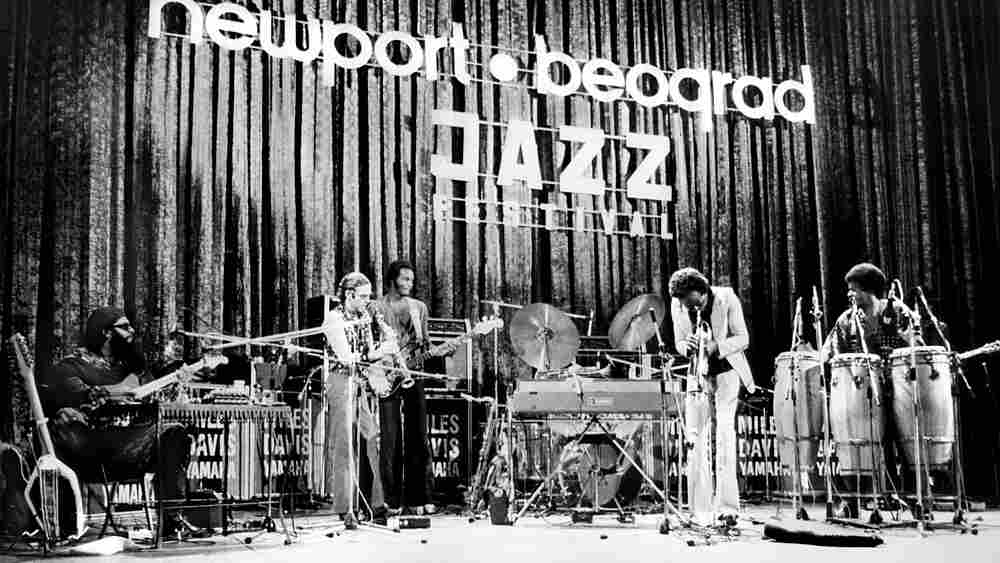 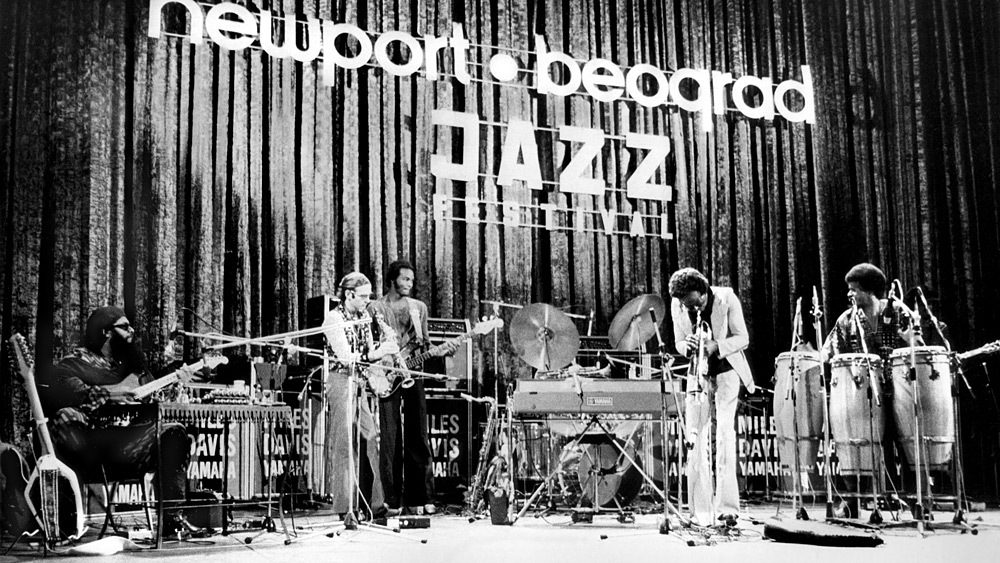 Miles Davis and the Yamaha group at the Newport-Belgrade Jazz Festival. Belgrade, Yugoslavia, 1973.

This diplomatic experiment was not documented by one particular person. But photos from the jazz tours have found their way to various archives and collections around the country. Not until recently could many be found in one place to present a coherent vision of the jazz tours. With the help of libraries and special collections — as well as avid fans — Meridian International Center in Washington, D.C., has assembled an exhibit called "Jam Session: America's Jazz Ambassadors Embrace The World."

The exhibit itself isn't news; it's been around for about a year. What's exciting is that "Jam Session" has been copied six times and has recently embarked upon a three-year, worldwide tour with the State Department. Meridian is thus igniting something of a second life for the original diplomatic tours. Hear Meridian's Curtis Sandberg, co-curator of the exhibit with Penny Von Eschen, discuss a few of the exhibit's most iconic images in this audio slideshow.