Accessibility links
There's More To McCurry Than 'The Afghan Girl' : The Picture Show There's no doubt you've seen the iconic National Geographic image of the "Afghan Girl." But have you seen the rest of Steve McCurry's photographs?

There's More To McCurry Than 'The Afghan Girl'

There's no doubt you've seen the iconic National Geographic image of the "Afghan Girl." That photo was made by photographer Steve McCurry in Pakistan in 1984 — and, although indeed one of the most memorable stills of this past century, it has almost come to overshadow the rest of his portfolio. But McCurry's work has been featured in nearly every major magazine around the world, and he is undoubtedly one of the best living photographers in his field. 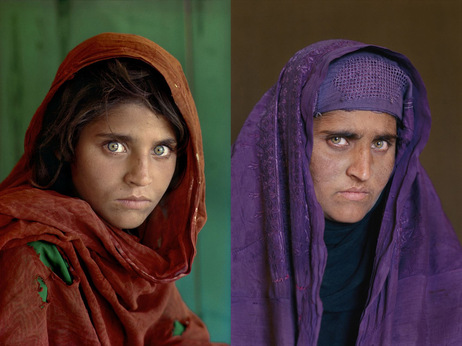 McCurry's career took off when he moved to India in 1978. A young freelancer, he bought a one-way ticket, stashed a few thousand dollars, and packed two suitcases: one full of clothes, and the other full of 250 rolls of Kodachrome film. Since then, he has produced award-winning photographs and stories in Beirut, Cambodia, Afghanistan, India — literally all over the world.

He lives the solitary life of a traveler almost nine months out of the year. Immersing himself in every culture he encounters, McCurry is as much an anthropologist and humanitarian as he is a documentary photographer. He's a master of light, of composition and color, and his photographs tell the story of not one culture, but of humanity on the whole — struggles and triumphs alike.