Accessibility links
Over The Rainbow: A Peruvian Travelogue : The Picture Show By John Poole NPR Staff Photographer I have never seen so many rainbows in my life. They were everywhere — fat ones, skinny ones, straight ones, bowed ones. But what did I expect? I was in a rain forest. And I had traveled through one of the we...

Over The Rainbow: A Peruvian Travelogue

Over The Rainbow: A Peruvian Travelogue

I have never seen so many rainbows in my life. They were everywhere — fat ones, skinny ones, straight ones, bowed ones. But what did I expect? I was in a rain forest. And I had traveled through one of the wettest places on the entire planet, Quince Mil, a town named after the 15,000 millimeters (that's about 50 feet) of rain it got one year. 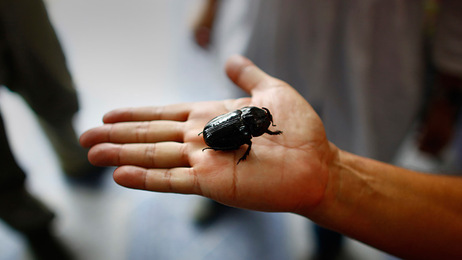 NPR's John Poole shows shares some photos from his recent voyage through the Amazon.

But one rainbow took the cake. Actually, it was two rainbows — a double rainbow. And not only did it appear over my head, but also all the way around and underneath me and the little prop plane I was in. Looking back on it, I'm not sure I'd believe it ever happened at all, which makes me happy to have grabbed a digital image of it.

But rainbows weren't the main reason I was flying over the Peruvian rain forest. NPR had sent me and reporter Lourdes Garcia Navarro to Peru to travel overland along the soon-to-be-completed Interoceanic Highway that will, for the first time, connect the Atlantic and Pacific coasts of South America through Brazil and Peru. It's part of larger plan to more closely connect the countries of South America through trade, but it has conservationists and scientists worried about what it will mean for the rain forest species and ecosystems that lie in its path.

We're currently working on a radio and Web series about what we heard and saw along the way, but in advance of that, The Picture Show wanted a preview. So, with no more delay, here are some pictures from the Andes and the Amazon (with a few of Machu Picchu and the Sacred Valley thrown in for fun).

Also, as a bonus for any GPS nerds out there, I plotted the pictures on a Google map — which can also be viewed in Google Earth — possibly my favorite app. Click the screen shot below to have a look: 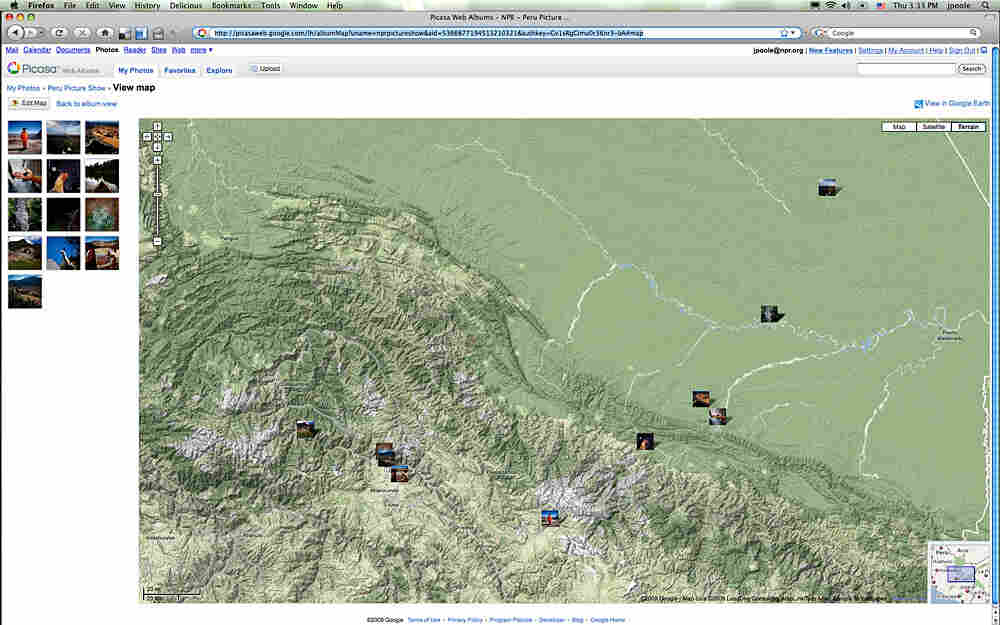 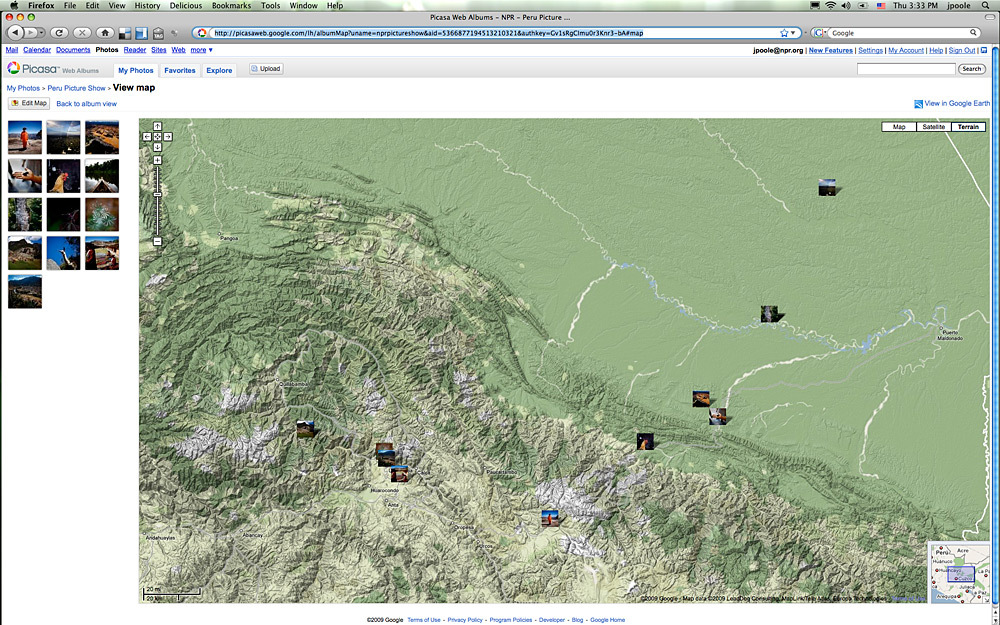