Attack Of The Icebergs!

Attack Of The Icebergs!

Freeze Frame: Sights, Sounds And Science From The Bottom Of The World: NPR science producer Jason Orfanon guest blogs as he journeys to the Antarctic Peninsula. Keep up with him on Twitter at @jorfanon. And view the whole series page. 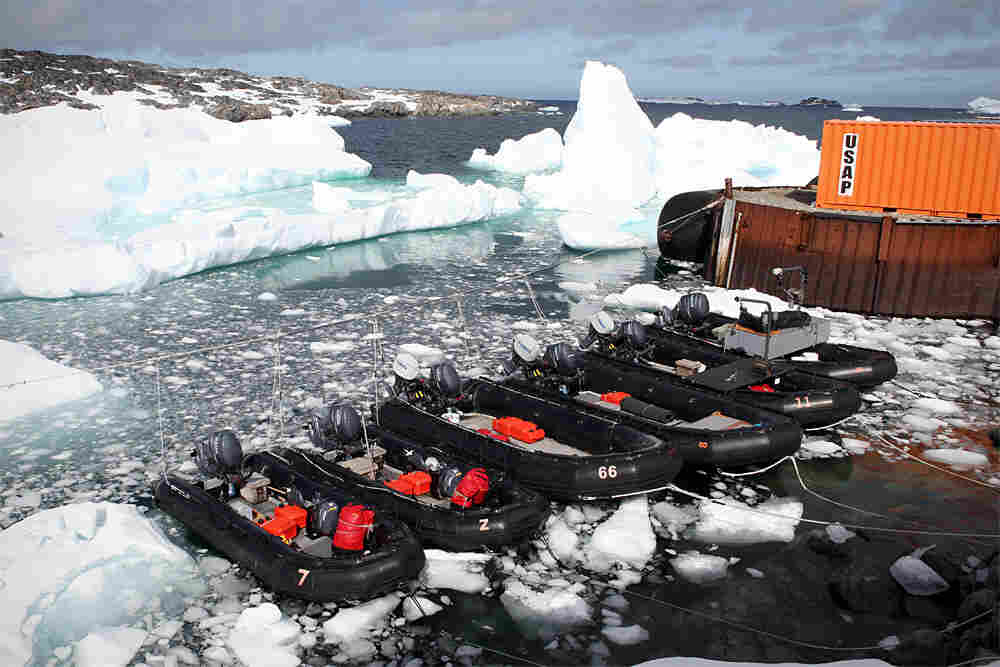 The Palmers Station fleet is socked in by icebergs, preventing any boat activity. The bergs will remain in the harbor until the wind or currents change. (Jason Orfanon/NPR) hide caption 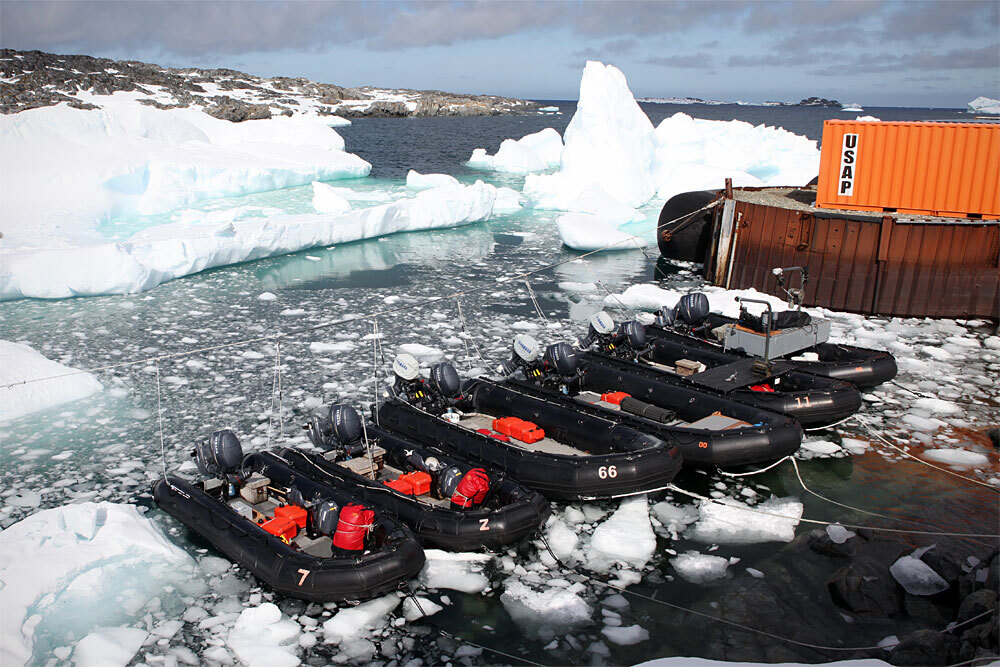 The Palmers Station fleet is socked in by icebergs, preventing any boat activity. The bergs will remain in the harbor until the wind or currents change. (Jason Orfanon/NPR)

Here at Palmer Station, we exist on a tiny finger of rock projecting out from Anvers Island, just off the Antarctic Peninsula. The station itself is like an island, with water on three sides, and an impassable glacier on the other.

So to get in or out of camp, you take to the seas, and the station maintains a fleet of Zodiacs, small inflatable motorboats tough enough to withstand the jagged ice and rough waters of the Southern Ocean.

Each day, Zodiacs come and go as science teams head to the field to conduct research. And in the evenings and on days off, residents take "rec boats" out to explore the area. When big ships come into harbor, that's how we travel out to greet them and collect supplies.

If it weren't for the boats, our days would be spent on the relatively small patch of rock, snow and ice that we call home. And while it's wonderful at the station, the real appeal is its access to the surrounding islands and waters.

So imagine the potential for widespread frustration today when the station woke up to find that a fleet of icebergs had moved into the harbor. Dozens of them. Big, mean-lookin' icebergs that could do some serious damage to a poorly named ocean liner, let alone a tiny Zodiac. A crabeater seal had even pulled itself up onto one of the bergs, and was resting comfortably several feet from shore.

The boating coordinator made the call, but it wasn't hard to figure out on our own. No boats can go anywhere until the bergs move out. And, 12 hours later, with the wind and currents keeping them firmly in place, it looks like the icebergs are making themselves at home.

But the penguin researchers didn't squawk, the oceanography team didn't groan, and the boating coordinator just shrugged it off and smiled. That's what living and working in Antarctica is all about: It's untamed and unpredictable, and for every day that you spend hanging out with penguin colonies or exploring an island, you have to accept that there will be others when you'll have an iceberg blocking your driveway. 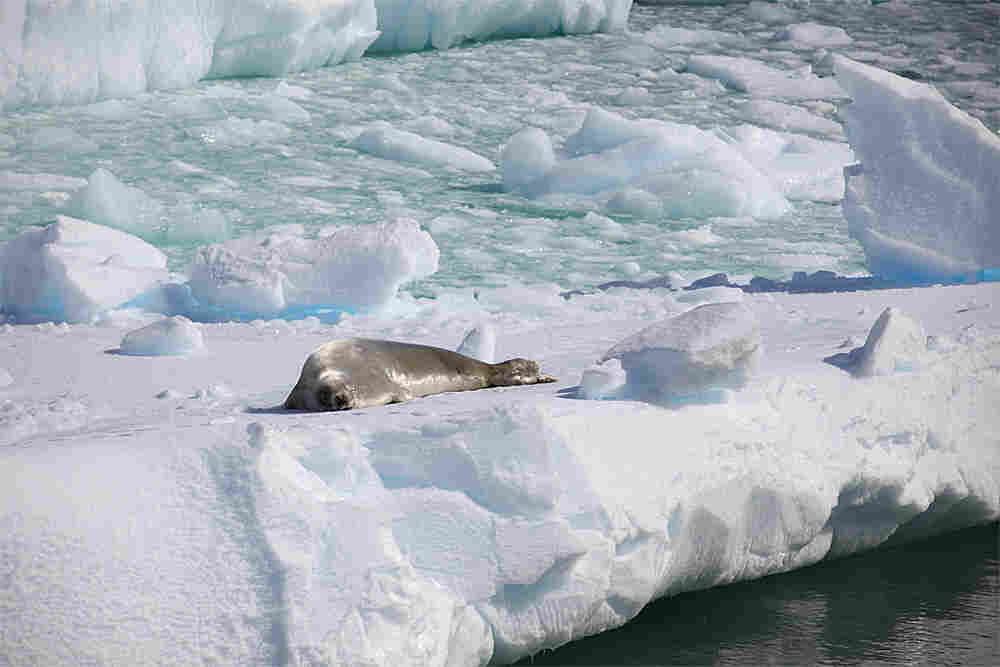 A crabeater seal rest atop one of the icebergs in Palmer Station's harbor. (Jason Orfanon/NPR) hide caption 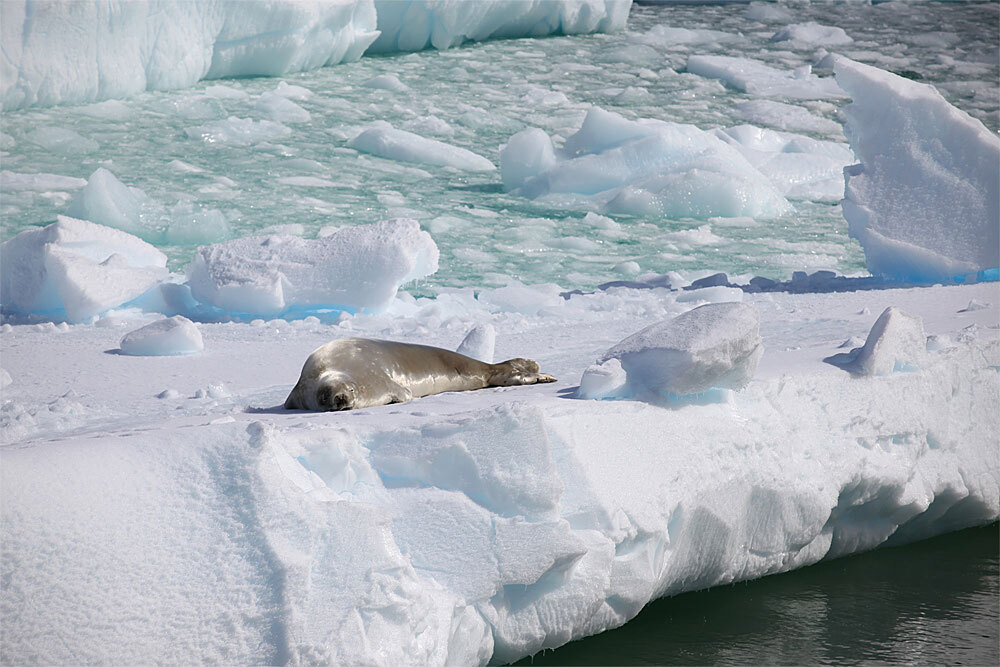 A crabeater seal rest atop one of the icebergs in Palmer Station's harbor. (Jason Orfanon/NPR)