Accessibility links
The Birds And The Bees ... And The Plants : The Picture Show Pollen makes a lot of us miserable. But these photos might make you forget that hatred. In the December issue of National Geographic magazine, Swiss molecular biologist Martin Oeggerli used a scanning electron microscope to get a close-up look at ...

The Birds And The Bees ... And The Plants

The Birds And The Bees ... And The Plants 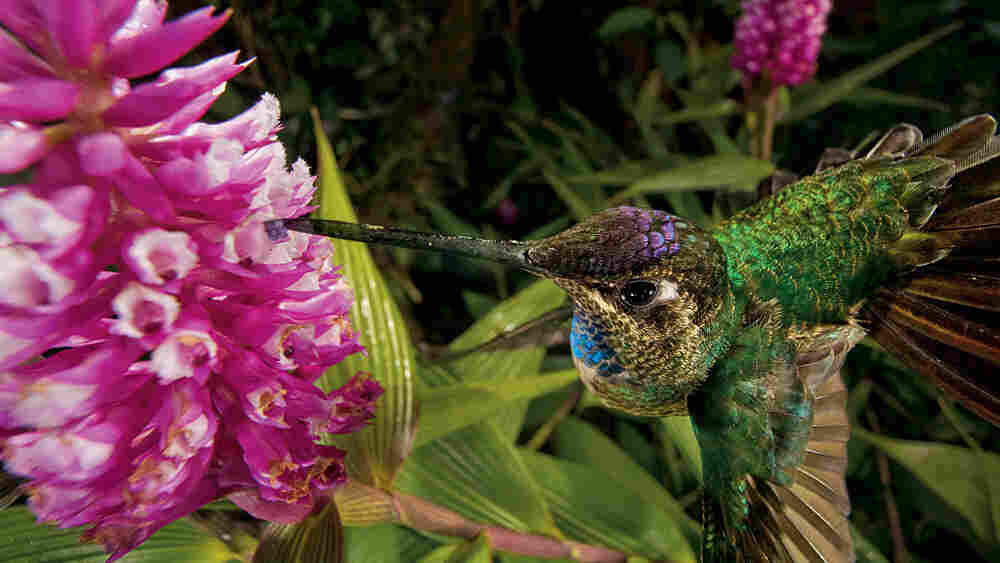 A hummingbird assists in the pollination of an orchid. (Christian Ziegler/National Geographic) hide caption

Although cameras keep getting bigger and better, there are still some things that they just can't capture — mainly the things that are smaller. In National Geographic's December issue, Swiss molecular biologist Martin Oeggerli used a scanning electron microscope to look at grains of pollen. The 3-D images, originally black-and-white, and then enhanced with color, look oddly alien. And I hate to say it — because I hate pollen — but they're surprisingly pretty.

Check out the article and the photo gallery to learn more about the epic journey of pollen — through the air and throughout history.

Also check out this story about the pollination of orchids: