Accessibility links
Another Loose End Tied Up In Bird-Dino Debate : The Picture Show Researchers have debated whether or not ancient animals called alvarezsaurs should be considered dinosaurs or birds. Now, the discovery of Haplocheirus, a 160-million-year old alvarezsaur that predates the earliest birds, sets the record straight:...

Another Loose End Tied Up In Bird-Dino Debate

Another Loose End Tied Up In Bird-Dino Debate

Let's say you're Haplocheirus sollers. You've got two gangly legs, stubby arms and feathery adornments that look like something even a third-class figure skater wouldn't wear. On top of that, you have the ragged claws of a horror film monster, and a tail that looks like something from an overgrown rat. 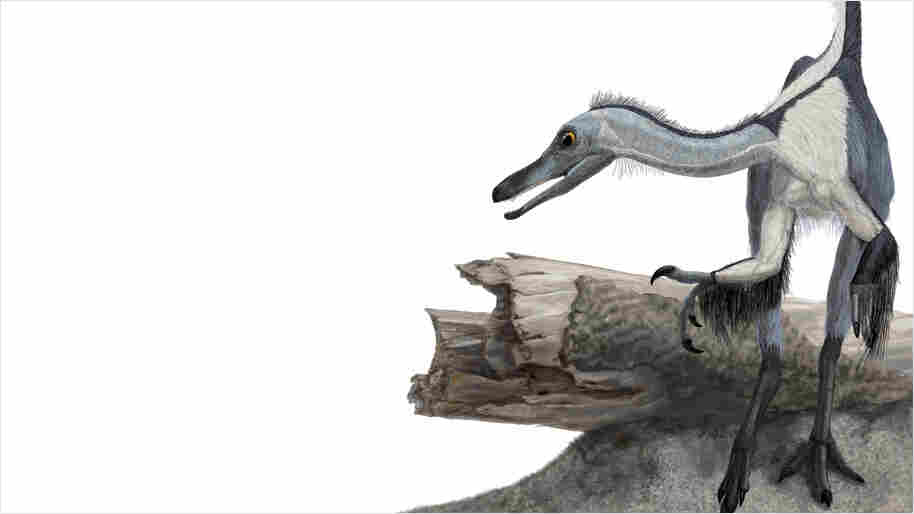 As dinosaurs go, you're an odd bird — even though you're not a bird at all.

According to a paper in the latest issue of the journal Science, the newly discovered Haplocheirus is the oldest known member of a group of dinosaurs called alvarezsaurs.

For years, researchers have debated whether alvarezsaurs descended from dinosaurs or birds. The majority agreed that they were dinosaurs, but gaps in the fossil record — especially a lack of any alvarezsaur fossils predating birds — left the issue open to debate.

That is, until now.

The discovery of Haplocheirus by a team of paleontologists from George Washington University extends the fossil record of alvarezsaurs back in time by 63 million years — a good 15 million years before the first birds appeared.

With this new evidence that alvarezsaurs existed before birds, there's little room to argue that they could be anything other than dinosaurs. Odd-looking dinosaurs, but dinosaurs, nonetheless.

Jason Orfanon is a producer with NPR's science desk.