Avedon And Marian Anderson At Smithsonian

Avedon And Marian Anderson At Smithsonian

On January 7, 1955, Philadelphia-born Marian Anderson (1897-1993) became the first African American to sing with the New York Metropolitan Opera. In June of that year, Richard Avedon photographed Marian Anderson singing as Ulrica, the fortuneteller, in Giuseppe Verdi's Un Ballo in Maschera. Then in November, Avedon's image of Anderson appeared in Harper's Bazaar. And fifty-five years later, in February 2010, visitors to the National Museum of American History in Washington, D.C., can see that extraordinary photograph of this amazing woman on exhibit. 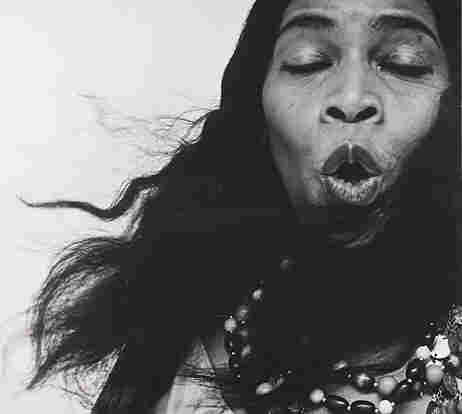 The day after her first stage appearance at the Met, the Los Angeles Times wrote, "It was far more than just a debut. The American contralto is the first Negro singer to become a member of the company.... For her it was the culmination of a brilliant international career as a concert performer, and for other Negro singers it was the opening of a new and major door to opportunity." The New York Times wrote on January 9, 1955, that "Miss Anderson has broken another barrier of unthinking prejudice."

Years earlier, in 1939, the Daughters of the American Revolution (DAR) refused to permit Anderson to perform at Constitution Hall based on their longstanding tradition of segregation. Then--first lady Eleanor Roosevelt resigned her membership in the DAR and convinced Department of the Interior secretary Harold Ickes to permit Anderson to perform on the steps of the Lincoln Memorial on Easter Sunday, April 9, 1939. There she sang a stirring rendition of "My Country, 'Tis of Thee."

In most photographs of Anderson, her demeanor and attire are tidy and neat. Her hair is perfectly coiffed. Her hands are often close to her body. But in her role as Verdi's fortuneteller, she let her hair down. At Avedon's studio, she sang for him, and in his well-known way, he captured something of the effect she had on him. Avedon described how he composed the print in his article "Develop Your 'Selective Eye'" in the May 26, 1963, issue of the Los Angeles Times. He wrote: "I once made a portrait of Marian Anderson singing. After looking at the print of the entire negative I decided to crop it. I made the head much larger in relation to the entire picture area and placed it high and off center. This created a more dynamic composition that emphasizes the power and vitality of the subject."

There are nuances, though, depending on which print you see. When holding the actual Harper's Bazaar, the reader feels as though Anderson's breath might grace one's cheek and it seems as if the bigness of her voice sets her hair dancing. Looking at Avedon's photograph on exhibit at NMAH is different at once because it measures more than 43 by 37 inches. Printed for his first one-man show, held in the Smithsonian's Arts and Industries Building in 1962, Anderson is larger than life. Her image is not nearly as intimate; rather, it expresses her grandness and forces one to note the space she commands.

Avedon's portrait of Anderson is one of many objects and programs related to the Museum's 2010 theme of Freedom and Justice. The coat she wore at the 1939 Lincoln Memorial concert on that momentous Easter is also on exhibition at the National Museum of American History in The Scurlock Studio and Black Washington: Picturing the Promise and additional images can be seen online. Another Avedon image of Marian Anderson is on the Museum's website along with his portraits of Malcolm X, President Dwight Eisenhower, and Rev. Billy Graham.