Accessibility links
A Flooded Nashville Skyline : The Picture Show The waters are finally subsiding in Music City, but recovery will take some time.

On Saturday I received an e-mail from my father:

"On TV, there are cars on I-24 that are floating and bobbing with water over the rooftops. ... I have never seen such flooding in all my life. What next?"

He wrote this after discovering that my mother's car had been flooded and totaled over the course of one shift at work. The weird thing is that they don't live in a place known for flash flooding. They live in Nashville. (To get an idea of how much it rains there: "only 2 days into the month, May 2010 is already the wettest May on record for Nashville," according to this article.)

On Facebook I’ve seen an outpouring of photos from friends and family, and it really is unbelievable. Weekend storms poured more than 13 inches of rain in two days, resulting in a swift rise in the Cumberland River. By Tuesday, the death toll has reached 18 in Tennessee.

People have lost cars and homes – and Nashvillians watched waters inundate their beloved Grand Ole Opry. Fortunately, the Ryman Auditorium and the Station Inn were not flooded. But as Nashvillian RJ Witherell wrote on Morning Edition's Facebook page, "Doubt Bob Dylan ever thought Nashville's Skyline would look like this." 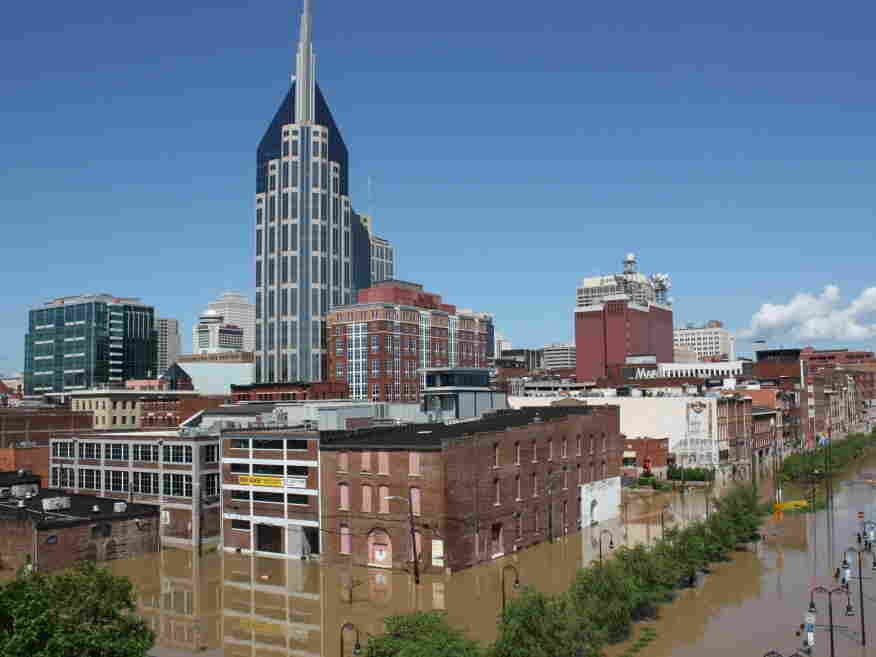 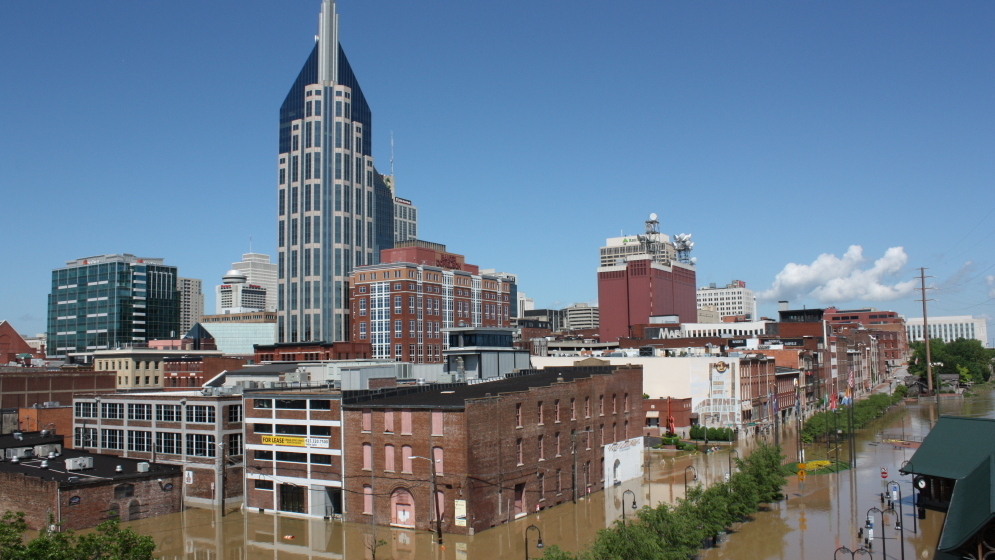