Accessibility links
Autochromes: The First Flash Of Color : The Picture Show In 1907, the Lumiere brothers brought a dazzling new color to photography, with the invention of the autochrome. National Geographic adopted the medium for its pages and now, more than 100 years later, has unearthed originals for an exhibition.

Autochromes: The First Flash Of Color

Autochromes: The First Flash Of Color

There's a legend that when the Lumiere brothers -- pioneers of motion pictures -- showed their film of an approaching train in 1896, the audience ran amok in terror. These early films were far from realistic by today's standards, but at the time, a moving picture was a revolutionary sight.

For some reason, though, Auguste and Louis Lumiere -- believing audiences would have little interest in motion pictures -- shifted gears to focus on still photography. In 1907, they patented the first commercially successful color process, which they called the Autochrome Lumiere.

It involved glass plates, a backlight, soot and (oddly) potato starch -- and it revolutionized photography. Magazines like National Geographic started dispatching photographers to shoot with autochromes; documentary fieldwork became more feasible with this relatively portable medium. For about 30 years, it was the most widely used process for capturing color.

Today, almost exactly 100 years since the Lumieres' invention, the National Geographic Society has more than 15,000 glass plates in its archives, most of which are autochromes. Their archivist, Bill Bonner, gave me a guided tour through the magazine's basement archive -- a pretty impressive fortress of photography, to say the least.

In 1983, when Bonner started working in the archives, one of his firsts projects was to re-sleeve each of these glass plates (11,000 of which are unpublished) in an acid-free envelope. So he has seen every single glass plate -- and is actually the only person to have seen most of them. Fortunately, a few are going on display for the rest of us to see. An exhibition of prints made from some of these autochromes opens Friday at New York City's Steven Kasher Gallery. 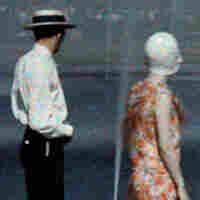 At first glance, the graininess of the large prints looks like digital noise from a cranked-up ISO. But it's actually the potato starch, says Julia Andrews, one of the main curators for the exhibition. The pointillistic quality of these photographs -- small dots of orange, green and purple -- gives them a misty, nostalgic tone. The above image of a young Spanish girl with a fan looks more like a Vermeer painting than a photograph.

That's partly because many of these photographs were posed. The opulent Spanish dress, Andrews told me, was acutally a loaner costume. So much for photojournalism! Both color and documentary photography have come a long way since the autochrome -- as has National Geographic magazine. This exhibition is a rare peek inside an enormous and mostly off-limits archive, and a colorful rendition of an era that we usually see in monochrome. Like this 1930s Ohio circus photo -- 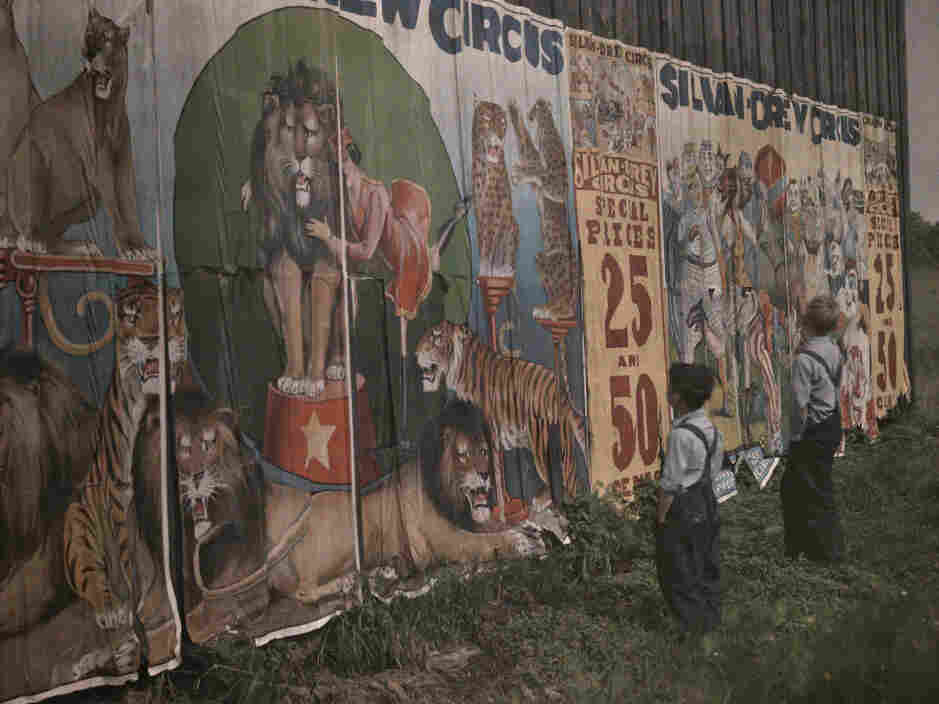 I want to be there!