Accessibility links
For All You Graduates: A History Of Yearbooks : The Picture Show Who signed your yearbook? Did you know there is a history to the photographic yearbooks that are so abundant this time of year?

For All You Graduates: A History Of Yearbooks

For All You Graduates: A History Of Yearbooks

Who signed your yearbook? Did you know there is a history to the photographic yearbooks that are so abundant at graduation time? George K. Warren (1832–1884) was an early American photographer working and living in the Boston area when the daguerreotype fell out of fashion. So he turned to a different photographic technology and capitalized on the ability of a single negative to produce many images.

He persuaded college students to buy many images and share them with each other. Pretty clever! Then the men (as most students in the 1860s and 1870s were men) would have the images bound by a bookbinder into fancy albums, sometimes with embossed covers and gilded pages. For a good fifteen years, Warren was one of the best-known makers of "graduating class pictures." The National Museum of American History has an early Warren yearbook, 1860, from Rutgers in New Jersey. 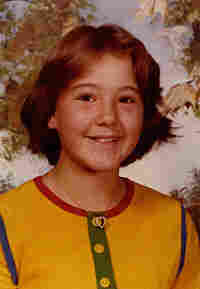 Different photographic technologies offered different ways of recording school moments. Professional photographers created formal individual portraits (at school and in their studios), recorded entire classes, and documented extracurricular clubs and societies. Itinerant and local amateurs captured rural groups. And later, snapshots by family members covered various educational rites of passage and the less formal side of school groups. Here is a selection from the Photographic History Collection at the National Museum of American History celebrating education, including my own class picture from third grade.

Do you have a memorable yearbook picture? Add it to The Picture Show's group pool on Flickr!

Shannon is an associate curator of the Photographic History Collection at Smithsonian's National Museum of American History. Her regular contributions to The Picture Show are pulled from the Smithsonian's archives.