Accessibility links
NPR-Corcoran Muybridge Contest: And The Winners Are ... : The Picture Show NPR received nearly 400 submissions to our contest. A light sculpture and massive chain reaction are among the favorites.

Following an NPR story on the first-ever retrospective of Eadweard Muybridge's work at the Corcoran Gallery of Art, NPR invited the public to submit Muybridge-inspired creations. We left the guidelines open, asking only that the pieces somehow carry the father of motion pictures into 2010.  We received hundreds of submissions -- animations, paintings, sculptures, still photographs, dancing bananas and murder mysteries. (You can see all of the entries after the jump).

This sculpture sits in the lobby of an apartment building in San Francisco. Brown created it using small mirrors with reverse cutouts of Muybridge's iconic galloping horse. Light-emitting diodes aimed at each mirror are quickly flashed, reflecting the image of the horse onto the frosted glass face of a bell jar and thereby reanimating the horse.

Fort, who calls himself the "Kinetic King," takes the domino-effect to a new level, incorporating thousands of Popsicle sticks, piles of plastic cups, blocks swimming flippers and more in a chain reaction that goes on for nearly five minutes. At one point a string is pulled releasing a cardboard flipbook of Muybridge's galloping horse. Want to see more? He'll be performing his Muybridgeoscopes live at the Corcoran Gallery of Art on July 10th. (The judges did not know this when his video was selected).

This stop-action animation piece, created by a Corcoran student just for the contest, offers a sweet take on Muybridge's legendary study of horses. Melendez created the horse out of duct tape and the little Muybridge figure out of Play-Doh.

Muybridge Chess Board by Kreg Jones

Using 3-D modeling, a teacher at the Art Institute of Philadelphia created a Muybridge-inspired chess board just for the contest, angling the pieces in the direction they’d move during the game. Jones says he's now considering turning the model into a real chess board. 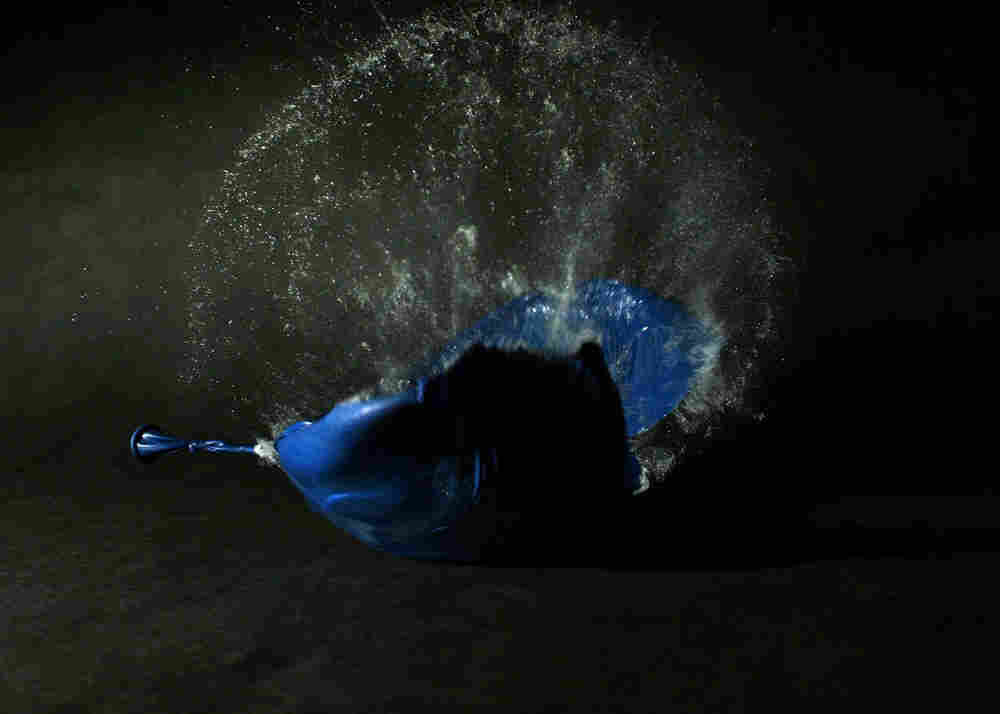 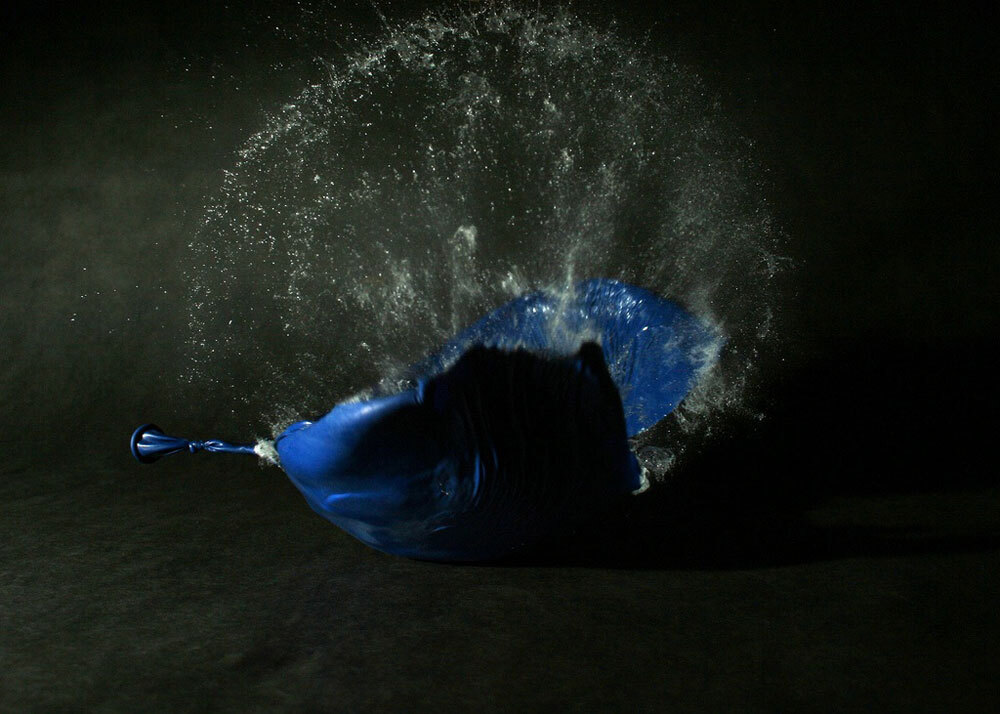 Bock, a college student in Fort Jones, Calif. created this high-speed photo of a popping water balloon with an invention that uses a sound device to trip the flash.

The Moments The Park Meets The Grid by Zahn

Zahn turns crossing the street into a Muybridge-like grid.

Honorable Mentions For Being Truly "Weard":

Beyond changing the spelling of his name and killing his wife's lover, Muybridge was a decidedly unusual fellow. In that vein, we think he would have appreciated the following entries.

A pair of students from Ringling College of Art and Design offer this eery modern interpretation of Muybridge's murder of his wife's lover.

In Private by Von Hinezmeyer

Haven't had enough? The gallery below features some other interesting entries. You can also see all of the video submissions here (note: it says 20 at the top, but that just means there are 20 on EACH page) and all the photo submissions here. Thank you to everyone who participated!