Accessibility links
The Legacy Of Hurricane Katrina : The Picture Show Telling Their Stories is an emotional and moving retrospective of the powerful images made in the aftermath of Katrina.

“Telling Their Stories: The Lingering Legacy of the Hurricane Katrina Photographs” is the title of a new exhibit at the Ogden Museum in New Orleans. The exhibit is an emotional and moving retrospective of the powerful images made in the aftermath of Katrina.

The exhibition opened this past Thursday to crowd of about 250 people, and was part of a weekend that also featured a day-long photo workshop for local students, a panel discussion with Gulf Coast photojournalists, and a seminar with a keynote address by historian Douglas Brinkley.

The collection of photographs is a sobering reminder of the anguish that the Gulf Coast experienced in the days following Katrina. Even five years later, the images are haunting – the torment and grief of the subjects is almost painful to view. 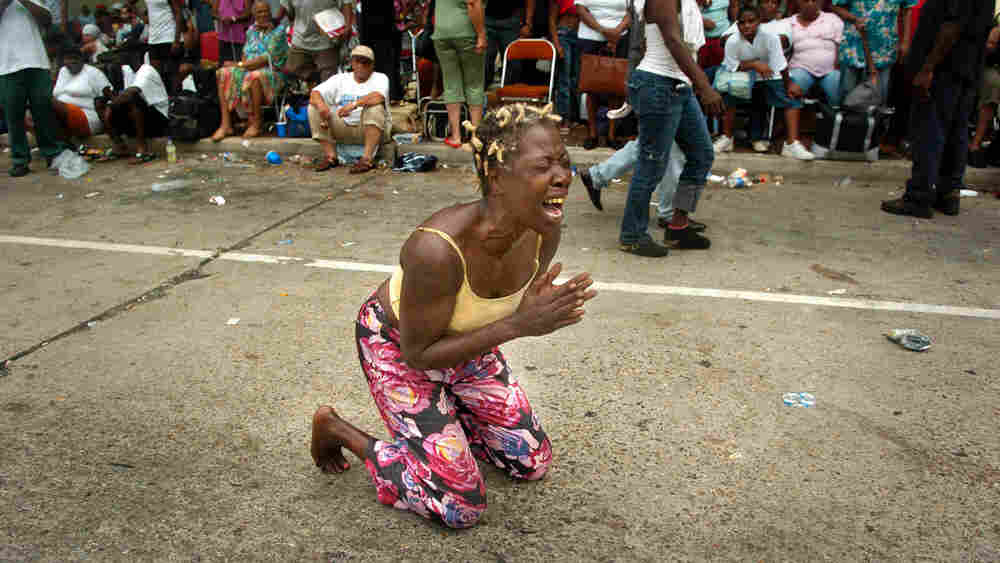 A distraught Angela Perkins screams "Help us, please!" outside the Ernest N. Morial Convention Center. A cloud of desperation settled over the hundreds of hungry, homeless people at the Convention Center, creating an atmosphere of fear and hopelessness after floodwaters from Hurricane Katrina inundated New Orleans. Brett Duke/The Times-Picayune hide caption

The project was born after Smiley Pool, Chief Photographer and Photo Coach at the Houston Chronicle, had been talking with colleagues about what they could do to bring photojournalists together in an age when the industry is suffering somewhat of an identity crisis.

“We can talk among ourselves, but we are preaching to the choir. What can we do to bring photographers together?” he asked. This past April, he and fellow NPPA member and Baton Rouge Advocate photo editor Kevin Martin started thinking.

“We said to ourselves, ‘If you were looking for meaning and purpose in the production of photojournalism, the most recent galvanizing event where the press was welcomed with a camera -- where we had a common purpose -- was Katrina,’” said Pool.

Martin, Pool and Ted Jackson, a photographer at the Times-Picayune, decided to curate an exhibit that would compile some of the best work from Katrina, but they also wanted to include an educational component that would bring the community together.

“We wanted to start a dialogue between the subjects, the viewers and the providers of the imagery,” said Pool. “Telling Their Stories recognizes the role that photojournalism plays in the first draft of history, and that great photojournalism provides context and meaning to the events happening around you.” 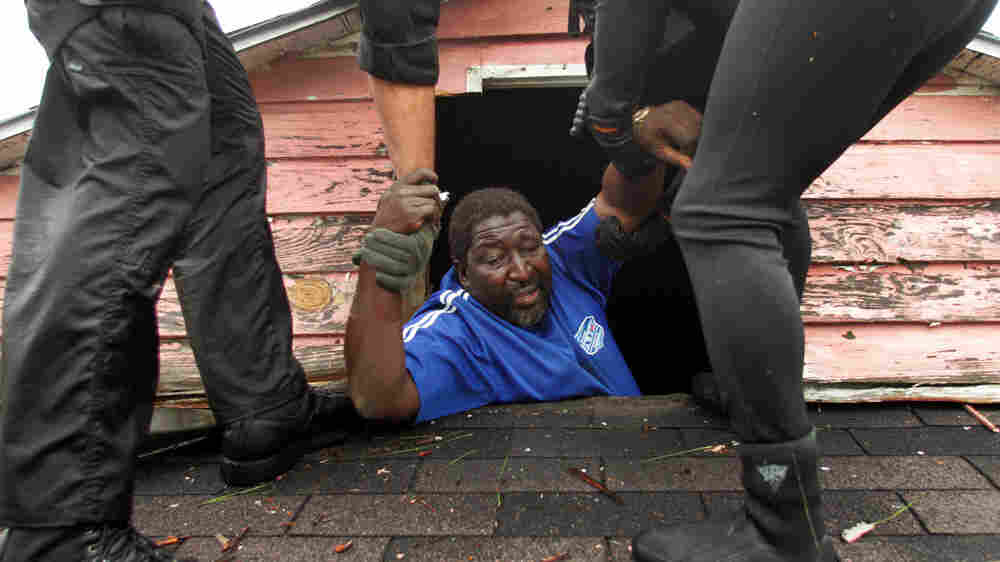 New Orleans Police Department SWAT officers Sgt. Todd Morrell, left, and Lt. Cris Mandry help a man in the Lower Ninth Ward out of his attic and into a waiting boat. They used a chainsaw to cut a hole big enough to get the man out. Alex Brandon/The Times-Picayune hide caption

Almost 600 submissions came in from NPPA members, and beyond. In July, Tom Kennedy, Ron Londen, Tim Rasmussen, and Bruce Strong chose 100 of the strongest images during the NPPA Convergence meeting in Charleston. David Houston, curator at the Ogden Museum, later narrowed it down to 53. These photos represent some of the best and most memorable photojournalism from the days and weeks following the storm.

The exhibit is especially meaningful for Pool, because he wasn’t just one of the organizers of the event, but was also the pool photographer who shot aerials of New Orleans after the levees broke, while he was on staff at the Dallas Morning News. “I looked out the window of the helicopter and said to myself ‘This is the big one, and 100 years from now people will see my photos, so I better not mess it up!’” 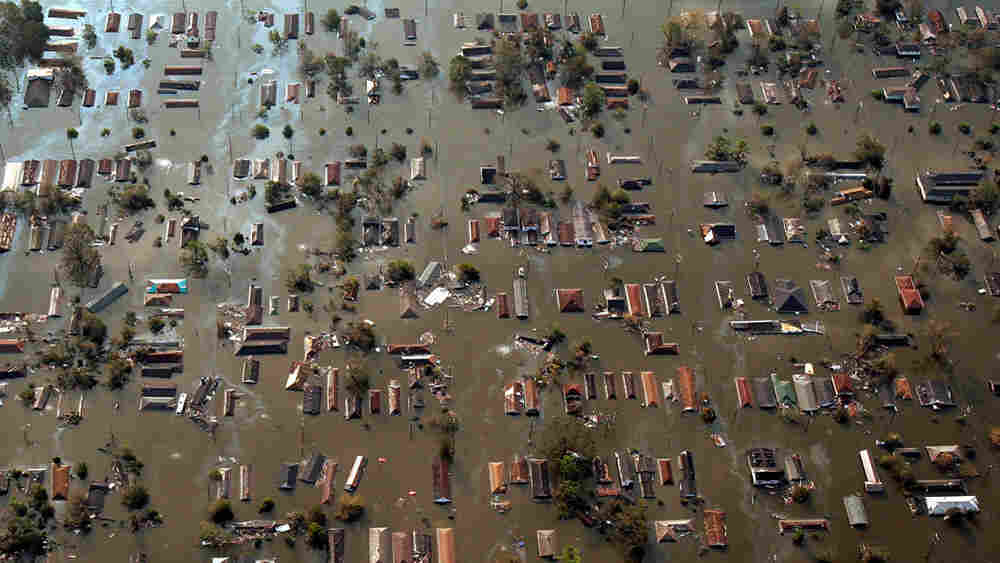 But the photojournalists involved in Telling Their Stories weren’t only looking back on history, but helping to move the conversation forward. During the weekend, they hosted a workshop for local students, ranging in age from 11-21. Under the guidance of the professional photographers, students spent the day shooting in New Orleans, and the photos were shown in a slideshow on Saturday at the museum. “The kids really hit it out of the yard,” said Pool.

Telling Their Stories will stay at the Ogden through September 19, and the curators hope to also exhibit the student’s images shot during the weekend. More information about the event and the photographs can be seen at http://tellingtheirstories.com