Accessibility links
What On Earth Is A Sukkah And What Is It Doing In That Empty Parking Lot? : The Picture Show Something which looks oddly like a giant bird's nest has been erected across the street.

What On Earth Is A Sukkah And What Is It Doing In That Empty Parking Lot?

What On Earth Is A Sukkah And What Is It Doing In That Empty Parking Lot?

The view from my window yesterday would have made an awesome time-lapse video. I watched trucks pull into a boring, empty parking lot. I didn't think twice when they started covering the lot with carpet. But a few hours later I looked over, and there appeared to be a giant bird's nest in the making. What does it mean? I had to know. 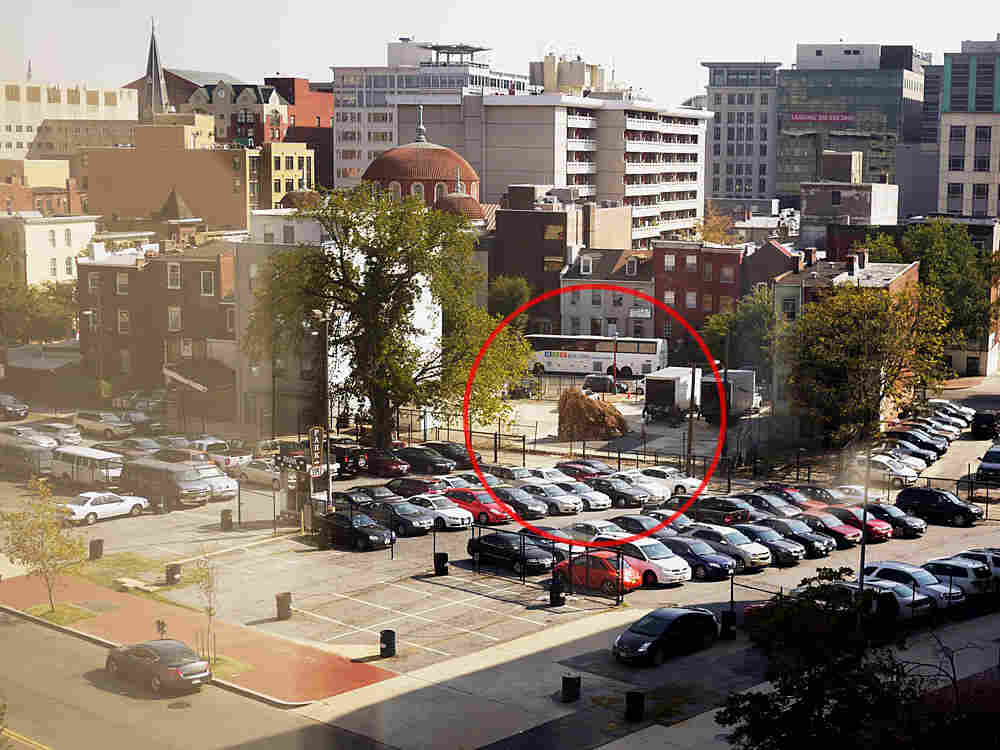 View of the sukkah structure from my window hide caption 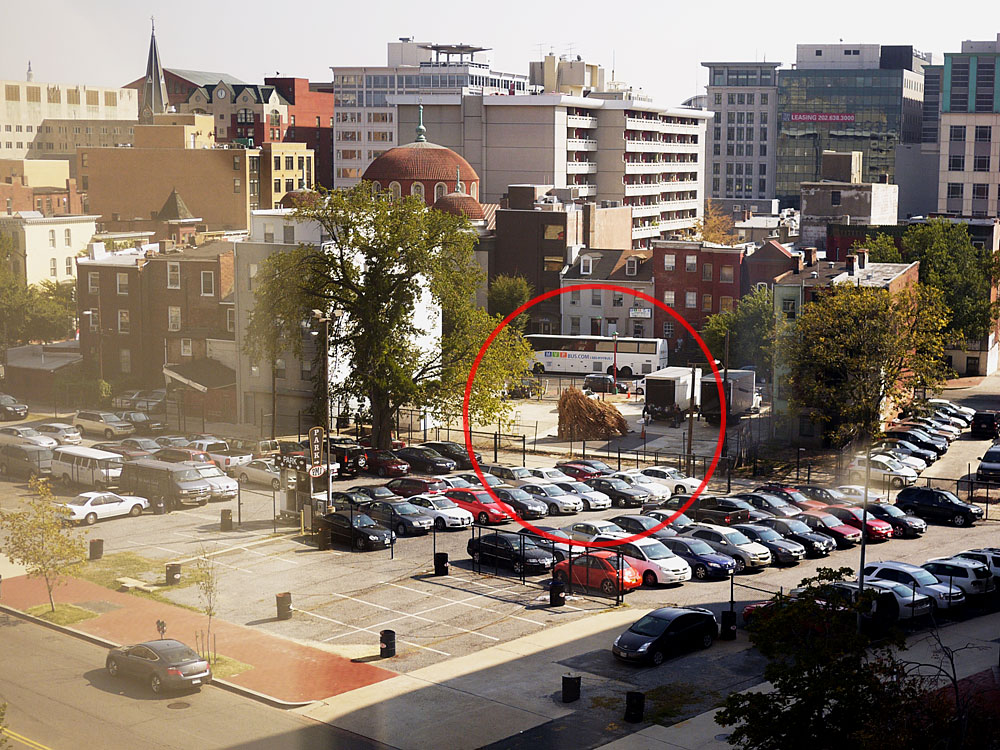 View of the sukkah structure from my window

The structure is still there today, looking fairly complete, so I wandered over to check it out. The people erecting it informed me that the giant bird's nest is actually a sukkah. Which was pretty much no help. What is a sukkah? 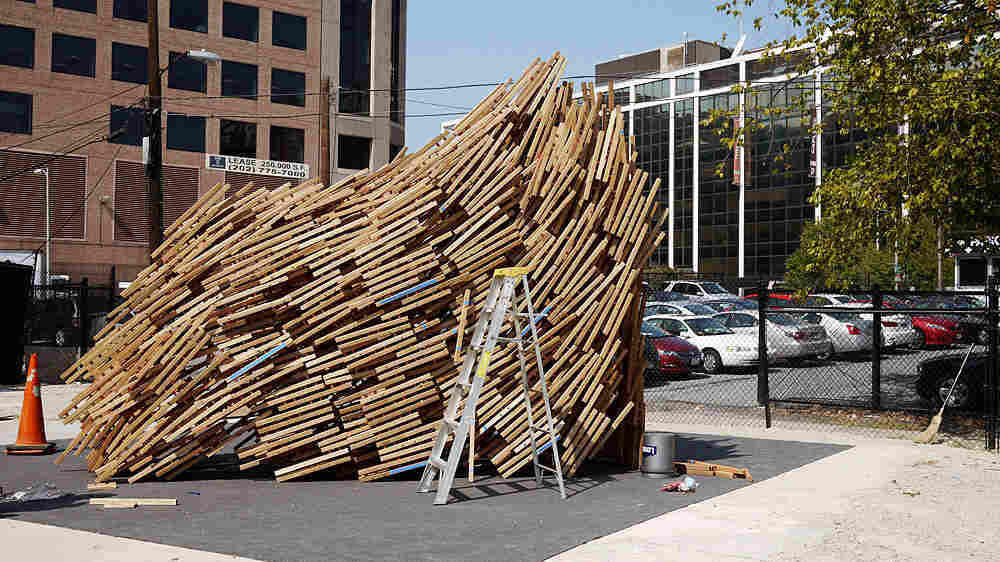 In short, it's a traditional Jewish structure, assembled during the Sukkot holiday. As Dwell explains:

In physical terms, it's a hut-like structure in which one sleeps, eats, and communes, during Sukkot. As for its religious symbolism, the sukkah's purpose is to commemorate the time the Israelites spent in the wilderness after they were freed from slavery in Egypt.

Traditionally, sukkahs are simple tents or basic structures. But Sukkah City, an international design competition, recently invited designers to submit their concepts for a sukkah 2.0. The winning submissions were constructed and on view in New York City's Union Square a few days ago. And now, D.C.'s 6th & I Historic Synagogue has commissioned one of the winning designs to be rebuilt here — right across the street.

"Good eye spotting our sukkah," Roger Bennett wrote in an e-mail. He's one of the contest organizers. "It is the first to leave New York City, and a precursor, we hope, for the second phase of Sukkah City. Next year we hope to build on the footprint of this year's event and have sukkahs built in 20 cities across the globe. Who knows, in 2011, we may be able to build a sukkah at the White House. They do do an Easter egg hunt, after all."

Check out this video coverage of Sukkah City in Union Square: