Found In The Archives

Welcome to a new, regular miniseries on The Picture Show. On the first of each month, Found in the Archives will feature archival films and found images selected by Rich Remsberg.

In my day job, I work as an archival image researcher on documentaries for PBS, National Geographic, the History Channel, museum exhibits and independent films. It's my responsibility to find the vintage film footage and still photos that make historical documentaries historical.

In the course of each project, I come across interesting visual material that, for a variety of reasons, doesn't make it into the finished programs. Sifting through this slag heap is where some of the most compelling pictures and stories are found. A photo album of the Eugenics Building at the Kansas State Fair, the 1957 newsreel on the rockabilly invasion of Japan, the commissioned portraits John James Audubon made before he got into birds -- some of which were made by digging up the buried bodies of his subjects. For me, these are the real gems among the potshards.

Sometimes bemusing, sometimes fairly disturbing, these histories don't always fit so easily into a tidy narrative, and I love them for the way they add dimension and complications to the conventional notions of history.

I find that these documents create a sort of "in-between" space where the mundane may become more delightful, the damaged find a new reason to belong, and the creation myths are a little more troubled.

Each month, "Found in the Archives" will present a newsreel, government film, collection of photographs, cartoons or maps that I've found tucked away in an archive or private collection. 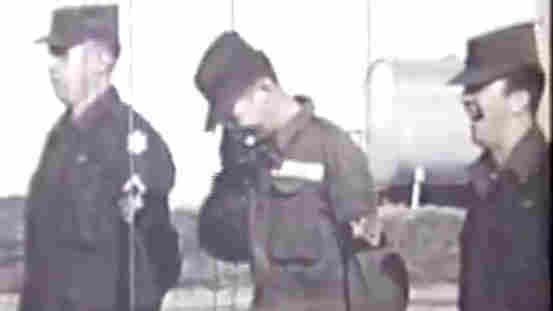 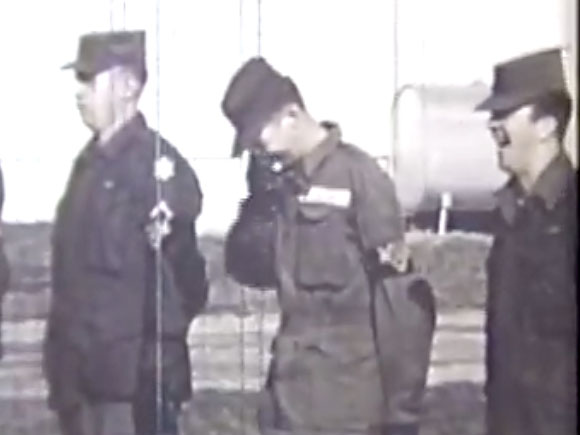 So, welcome to the first installment. To kick things off, here's a short film from the National Archives' record group for the U.S. Chemical and Biological Warfare Program titled, "Effects of Lysergic Acid Diethylamide (LSD) on Troops Marching."

The Army had a few periods of experimenting with LSD and other drugs. While not secret, these tests are not as well-known as some of the similar LSD tests conducted by the CIA, such as MK-ULTRA and Operation Paperclip, where the U.S. government recruited former Nazi scientists.

This test, circa 1958, was conducted at Edgewood Arsenal in Maryland and was part of a Chemical Corps program that sought effective psychochemical incapacitants, to be delivered in aerosol form. Apparently, President Eisenhower was enthusiastic about the program and its possibilities.

In the end, LSD proved to be problematic -- it was too expensive, it was unstable once airborne, and there were patent complications -- but the program did lead to Agent BZ, which was weaponized but never used in combat.

I came across this film while working on a documentary on the history of biological warfare, a project that yielded a number of films and photos that were kind of tough to get my head around, some for their abject cruelty, some for their surrealism. I'll share a few of them in the coming months, along with other odd film clips, forgotten history and surprisingly beautiful images from archival holdings around the country.

Return with me now to those thrilling days of yesteryear ...