Accessibility links
An Unlikely Pair Pictures Havana : The Picture Show Nestor Marti is a photojournalist in Cuba's bustling capital city. Chip Cooper is known for artistic, composed shots of the Alabama countryside. Together, they're walking the narrow streets and wide plazas of Old Havana in a one-of-a-kind photographic collaboration.

Nestor Marti, 38, is a photojournalist in Cuba's bustling capital. Chip Cooper, 60, is known for artistic, composed shots of the Alabama countryside. Both of them typically work alone, but for the past two years they've had the rare opportunity to work as a team, walking the narrow streets and wide plazas of Old Havana.

Their collaborative project grew out of the Alabama-Cuba Initiative, an academic exchange program at the University of Alabama, where Cooper is a teacher and artist in residence. About 200 of their images have been combined for an exhibit, Havana — Side by Side, which has been on display in both Cuba and Tuscaloosa, Ala. They are now working on a book that will be published later this year.

But before they could fall into step, Marti says, they had to find a common bond. They discovered it in the work of Walker Evans, who had photographed Cuba in the 1930s — before his seminal portraits of Alabama tenant farmers in the book Let Us Now Praise Famous Men.

Cooper says Evans provided inspiration for how they could work together, despite their different backgrounds.

"All we that thought about was let's take what Walker Evans did, and if it requires [it] to be journalist or artist — it doesn't matter," Cooper says. "It's just gonna be."

The Obama administration recently eased restrictions on cultural and educational travel to Cuba. That could open the door to more collaborations like this between artists and scholars from the two countries. 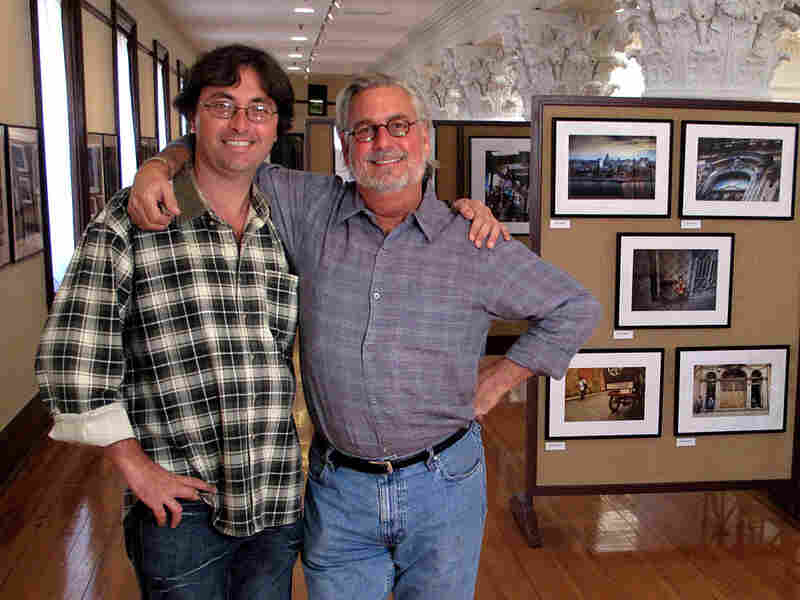 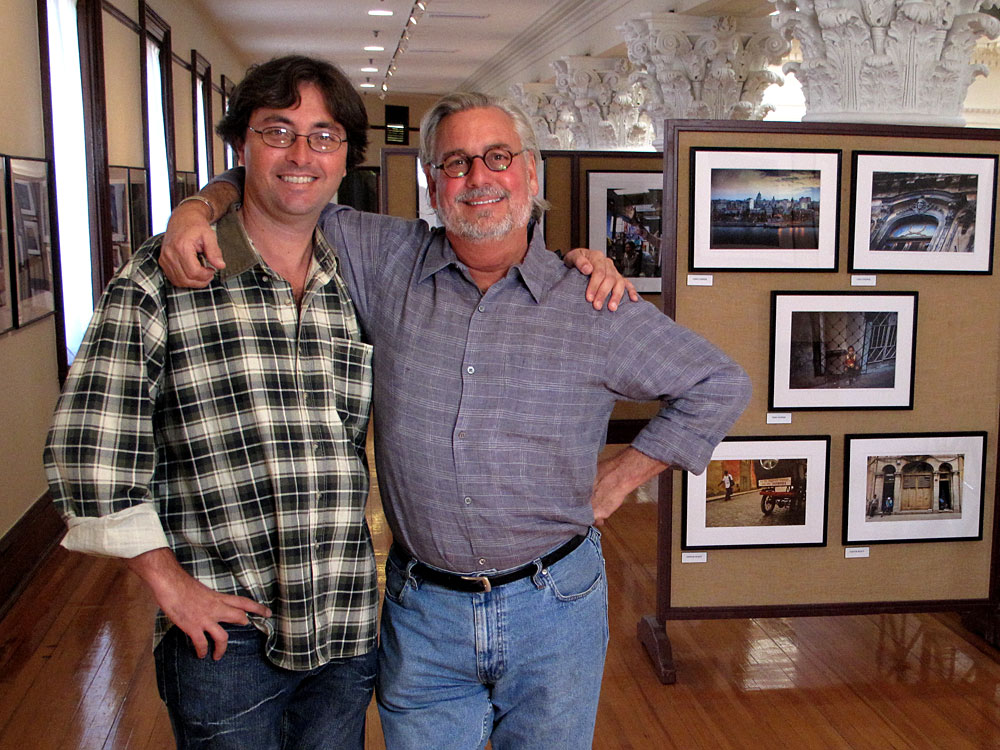 Phototgraphers Nestor Marti (left) and Chip Cooper at their Ala. exhibition

The state of Alabama, with its port in Mobile, is a major exporter of agricultural products to Cuba — an estimated $18.6 million worth in 2009 — mostly chicken meat. State trade officials have long advocated building relationships with Cuba, should the U.S. ease trade restrictions.

Strolling through a recent exhibit at the University of Alabama, Marti says he and Cooper set out to document the restoration of Old Havana, the cultural and historical center of the island.

"We tried to show here the people of Havana," says Marti, "the feeling of a living city."

"Things happen very quickly; it's a moment of time," Cooper says. That meant Cooper had to ditch his trusty tripod and learn from Marti's experience as a street photographer.

"Most of my work had been landscape," says Cooper. "So what Nestor helped me do is to learn that spontaneity in an urban setting." You can see that lesson in a striking portrait of an old man with a weathered face, intense eyes and a crooked baseball cap emblazoned with the word "Cuba." Cooper says he noticed the man walking down the street some 60 feet away. So he waited, camera-ready as the flow of people streamed by, his subject oblivious until the last minute.

"What I waited for was the eye contact between he and my lens," Cooper says. "And it to me is one of my strongest photographs that says, 'I am a survivor. I have a right to be here.' "

Marti says the subject of the photograph had experienced a lot of change in his lifetime. "Probably the most important part of the 20th century," he says. "The revolution ... the good things, bad things, the wrong things, the right things."

The work includes intimate portraits like the one of the man, but also grander shots of the centuries-old architecture and colorful markets in Old Havana. And there were surprises, like when the duo stopped for a break from the midday sun in front of a large, corrugated metal garage-like door and noticed a smaller, 4-foot opening. At that moment, someone ducked out of the tiny door.

"We say, 'Wow, what is this?' " Marti says. "The place discovered us." Inside they found an evangelical church service, worshippers on wooden benches, eyes closed and arms raised in praise.

Cooper calls it a world within a world. "And I think that really is what this exhibit is about," he says. "On the surface it is one thing, [but] when you start digging down, you found a whole other world — almost like a forbidden place."

Cooper says they hope it will give a glimpse into a society that most Americans don't know much about "other than Fidel, cigars and [that] Cuba is an island." He says he found it to be an island of people "very much like us."

"They have their hopes and dreams, they have their goals, and they have their desperation," Cooper says. The final portrait in the collection is a woman — her head wrapped in a white scarf, hands raised to her chin, eyes gazing upward.