Accessibility links
A Photojournalist Attacked In Egypt : The Picture Show Freelance photojournalist Andrew Burton is in Cairo covering the protests. Yesterday afternoon he was attacked by pro-Mubarak supporters. This is his account.

A Photojournalist Attacked In Egypt

A Photojournalist Attacked In Egypt

Freelance photojournalist Andrew Burton is in Cairo covering the unrest. Yesterday afternoon he was attacked by an angry mob. This is his account. 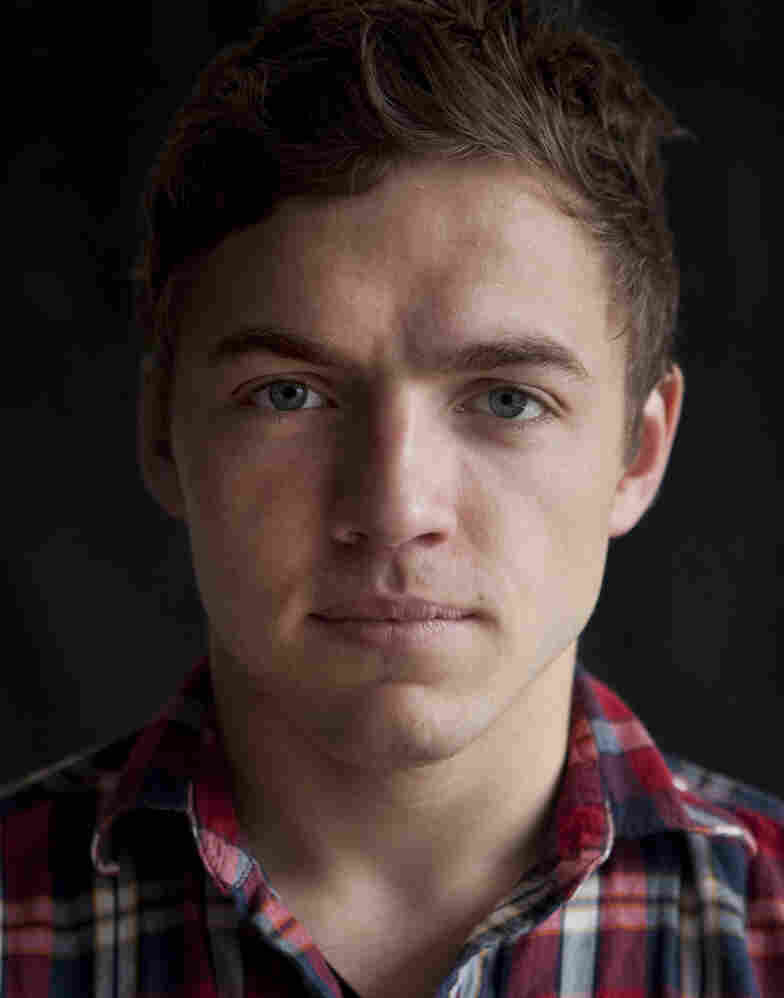 I arrived in Cairo the evening of February 1st, slept in the airport and caught a cab to my friend's hotel at 6:30 the next morning. After breakfast, we headed out at around 10:00 a.m. for the day. The first half of the day went smoothly. I photographed in Tahrir square and throughout the streets. I worked with other photographers and alone. I spoke with many helpful and kind Egyptians. By 2:00 p.m., I ran back to my hotel to transmit.

At 4:00 p.m., I left the hotel and headed back towards Tahrir Square – the TV was reporting clashes between pro- and anti-Mubarak supporters. I was totally alone. While this was not necessarily a smart decision, it was the way all photographers had been traveling – I had seen dozens of journalists roaming about alone.

It took about 15 minutes to walk from my hotel to the square. As I moved through the thickening crowd, things seemed slightly more tense than earlier in the day. Before I got to where the fighting was taking place, I noticed a pro-Mubarak supporter painting slogans over anti-Mubarak graffiti. I started to photograph him, but was suddenly grabbed from behind by a young man who also slapped his hand over my camera – he was very angry. 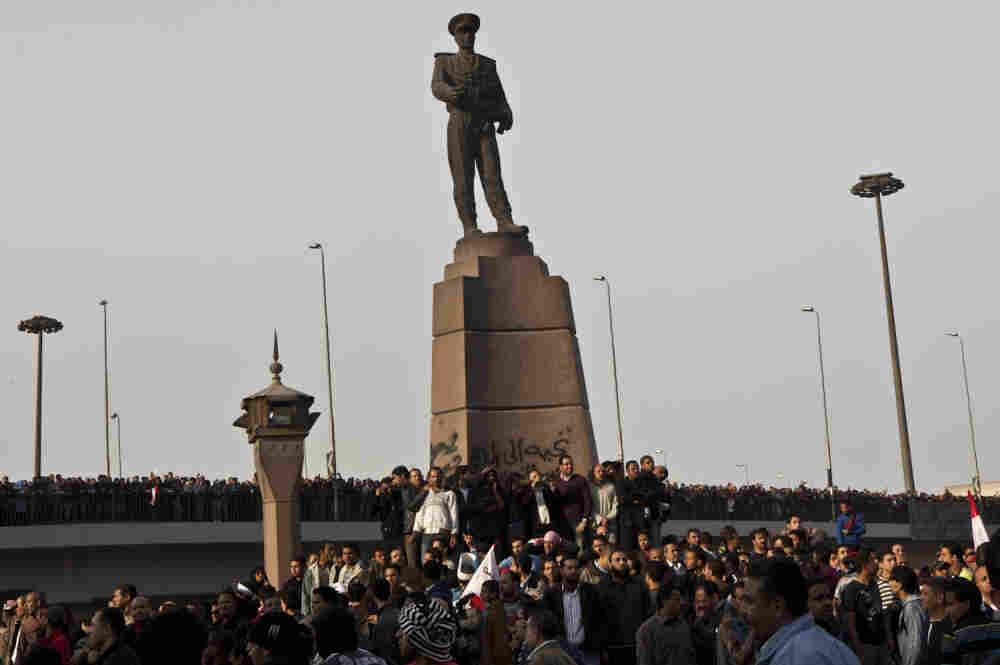 This is the first photograph that Burton took after leaving his hotel in Cairo yesterday afternoon. Courtesy of Andrew Burton hide caption

I immediately tried to walk away, out of the crowd. There was no reason for me to try to argue or fight, I figured I would reroute to Tahrir Square through a different street. At this point, things got very hairy, very fast.

Within seconds, anti-Mubarak protestors saw me try to leave the crowd – they grabbed me and encouraged me to continue to walk towards the fighting. Pro-Mubarak supporters got very angry over this, and fighting broke out around me immediately.

Suddenly 50% of the crowd started attacking me – kicking, punching and slapping. The other 50% (anti-Mubarak supporters) quickly encircled me to protect me. Five or six guys surrounded me and took many more blows than I did. We tried to move away, out of the crowd, but the crowd had gotten very large, very quickly – we only moved about 100 yards, at best. Movement was slow, we were stumbling through the people attacking us. 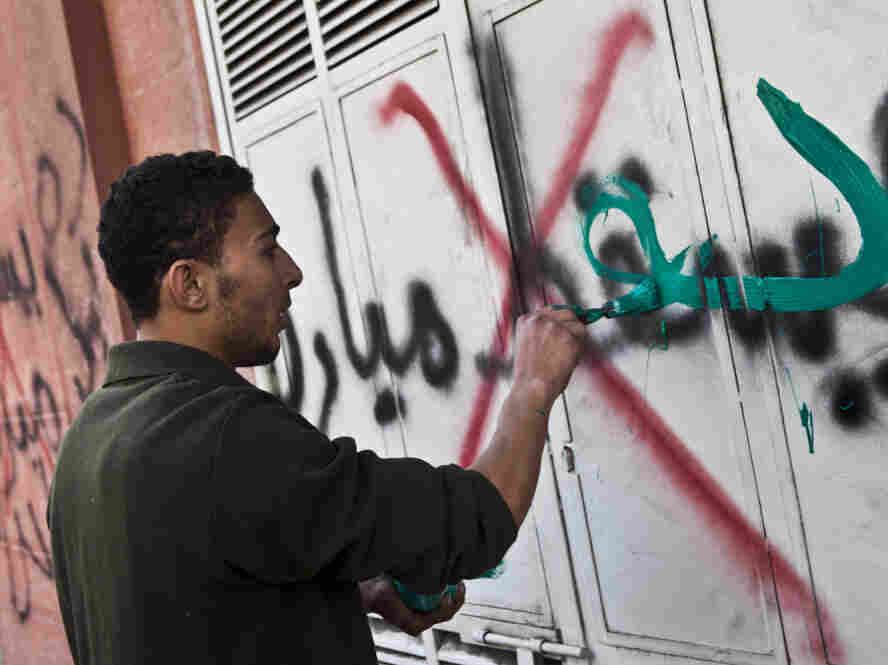 A pro-Mubarak supporter paints slogans over anti-Mubarak graffiti. This is the photo that Burton took right before he was attacked. Courtesy of Andrew Burton hide caption 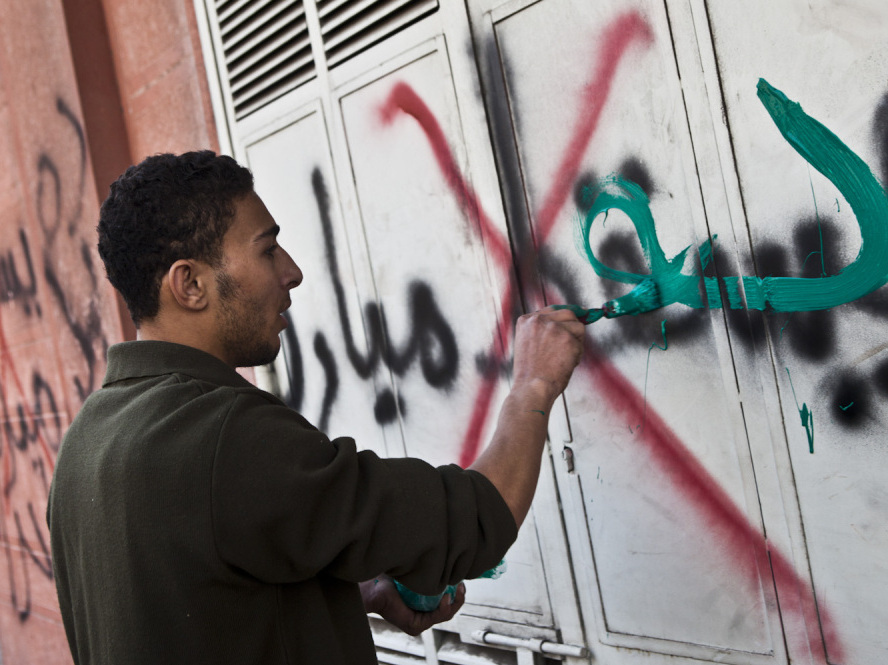 A pro-Mubarak supporter paints slogans over anti-Mubarak graffiti. This is the photo that Burton took right before he was attacked.

We were headed towards an Egyptian army tank and when we hit it, the men positioned me with my back to the tank, squatting down. At this point, I was pinned. People continued to kick, punch and grab at cameras. Soldiers standing on top of the tank were waving pistols and screaming. My shirt was ripped from my back, hands went into my pockets, the men protecting me were screaming, "You are safe, we are here for you, we will get you out of this." 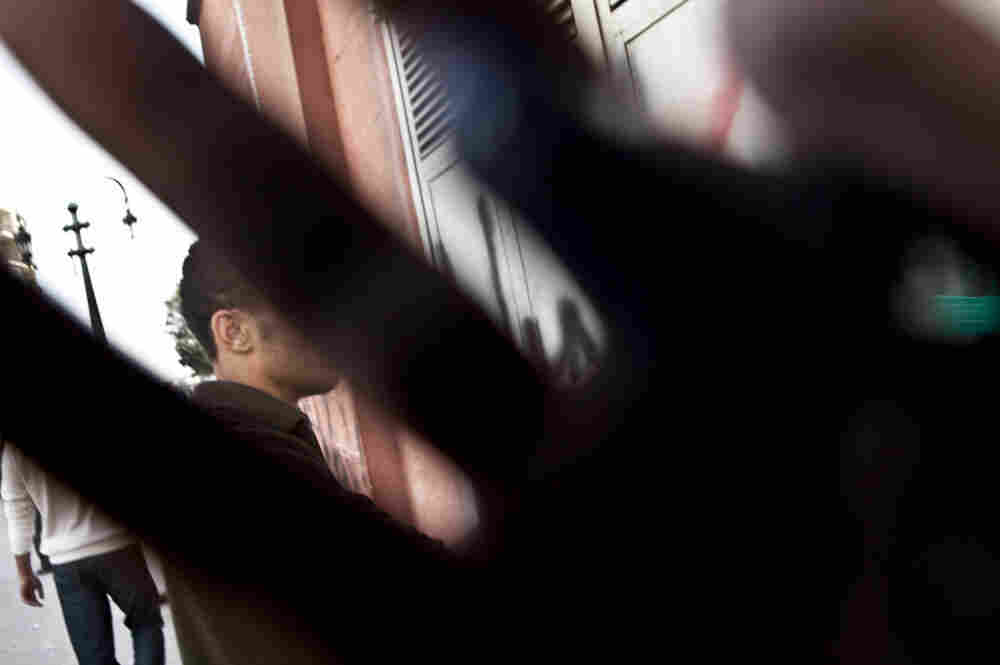 This is the last photo that Burton took yesterday afternoon. He was grabbed from behind and beaten. Courtesy of Andrew Burton hide caption 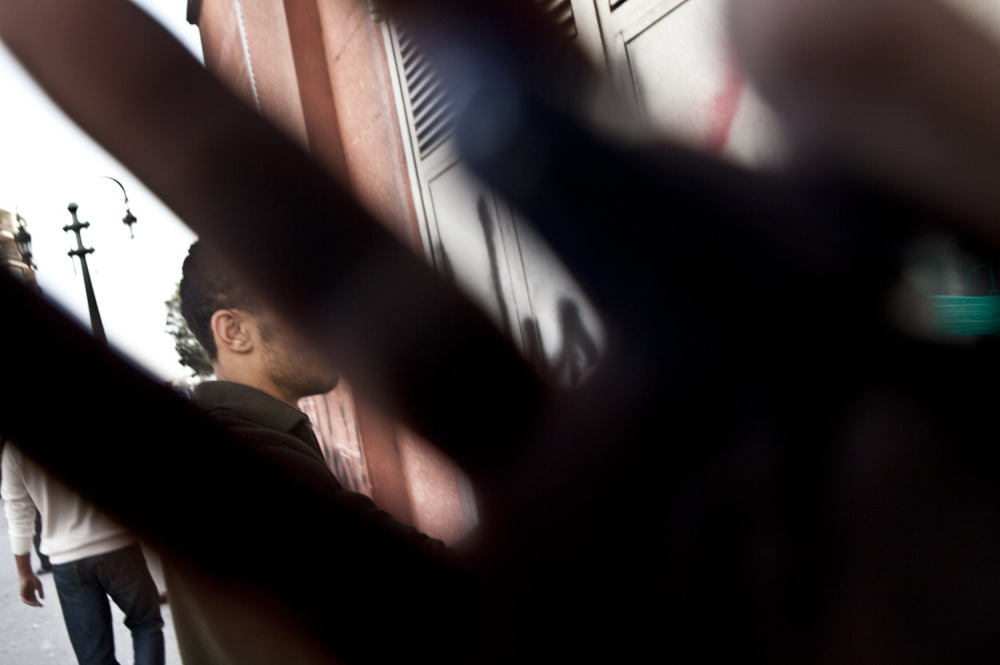 This is the last photo that Burton took yesterday afternoon. He was grabbed from behind and beaten.

I only escaped when the soldiers on top of the tank literally ripped me out of the crowd, lifting me by the armpits. I was dumped head-first inside the tank. I found myself surrounded by 14 Egyptian soldiers – young men my age, smiling at me. They scooted around, and made a place for me to sit. Everything was quiet – the transition from an angry mob scene to a cramped interior tank happened very, very quickly. The soldiers were joking, laughing, making fun of me, they didn't seem to care too much about what was going on outside.

In the following hours that I sat inside the tank, we attempted to speak through broken English and ate food together. I stayed there for two and a half hours talking with them while the protests continued. I didn't know what to do – I was shaken and scared, knew that I didn't want to head back outside alone, and the soldiers seemed to have no problem with me sitting there.

Later, around 7:00 p.m., when things had calmed down a bit (in the immediate vicinity – the fighting raged on through the night), a general escorted me out and got me in a cab back to my hotel.

Outside, numerous journalists, photographers and friends were beaten, had their cameras smashed, and were hurt badly. I got very lucky.

See more of Burton's photos from throughout the day at his blog.