A recently launched blog called "Born This Way!" does something very simple: It pairs a snapshot of a gay person as a kid with a personal essay about what he or she sees when looking at the photo.

"I always knew I was different from other boys, even at an early age. This photo definitely proves it," JC writes in a post. "Looking at it now, as a 31-year-old, it only reaffirms what I've always believed — that my being gay wasn't a choice."

The photos are totally delightful, and the essays are thoughtful and often funny. But there is no denying that the site is wading in contentious waters. The blog's editor, a DJ in Los Angeles who goes by Paul V, attempts to pre-empt one issue in the blog's about page:

"So, some of the pix here feature gay boys with feminine traits, and some gay girls with masculine traits. And even more gay kids with NONE of those traits. Just like real life, these gay kids come in all shades and layers of masculine and feminine. And this project is not about furthering stereotypes."

The other flash point is in the site's premise. It didn't take long for the comments section on the first post to spark a conversation about nature versus nurture in regards to sexuality. And if you're looking for a representative sample of the queer community, this probably isn't the place to look.

Potential controversy aside, the site appears to have been created in the spirit of fun. The photos below speak for themselves. 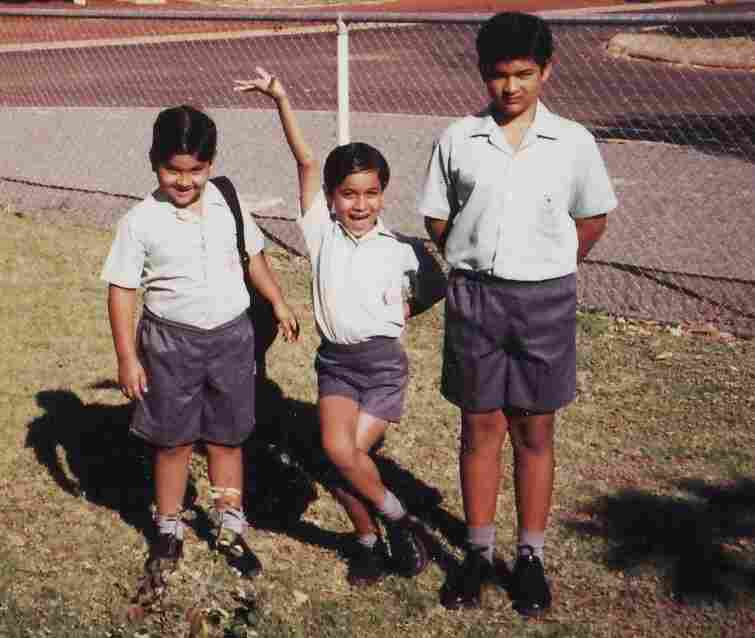 Here I am with my two brothers in the dustbowl mining town of Karratha, where the dirt is red and the people are predominantly white. Being one of the few ethnic people in town didn't bug me so much; I just assumed I was white like everyone else. Ah, the innocence of youth.

At this point in my life I lived a blissfully unaware gay lifestyle: Having all female friends, really REALLY liking Catwoman, and always trying on my friends' fake, plastic, high-heeled shoes when I went to their house.

I actually didn't realize I was even close to being gay until my graduating year of high school, so this photo is one of those things I look at now and think to myself — "How did I NOT know?!"

Whenever I have a party at my house or friends come over, they all see this photo and piss themselves laughing. I share a pretty similar sentiment. I mean, look at me, I can't tell whether I'm posing or trying to hold in a wee.

We didn't have the word "gay" when I was a child, only the word "sissy!" Thanks to my older sister's movie magazines in the late 1950s, I was obsessed with Hollywood glamor. Here, in this photo, I think I'm emulating either Marilyn Monroe, Jayne Mansfield or Mamie Van Doren — perhaps all three! ...

Through the years when I've come across this photo, I would cringe.

But now, some 50 years after it was taken, I find it charming. 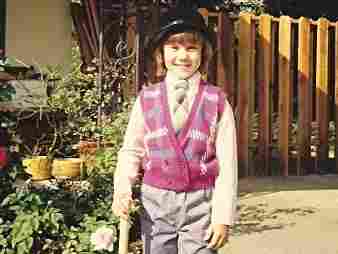 I was either dressed up for Church (creepy!) or a city-wide oratorical contest (geeky!). Or did I wear a bow-tie to the contest?

A long and awkward attempt at hetero-conformity followed this freedom; then I realized I was a lesbian at 19 while at a conservative Christian college. 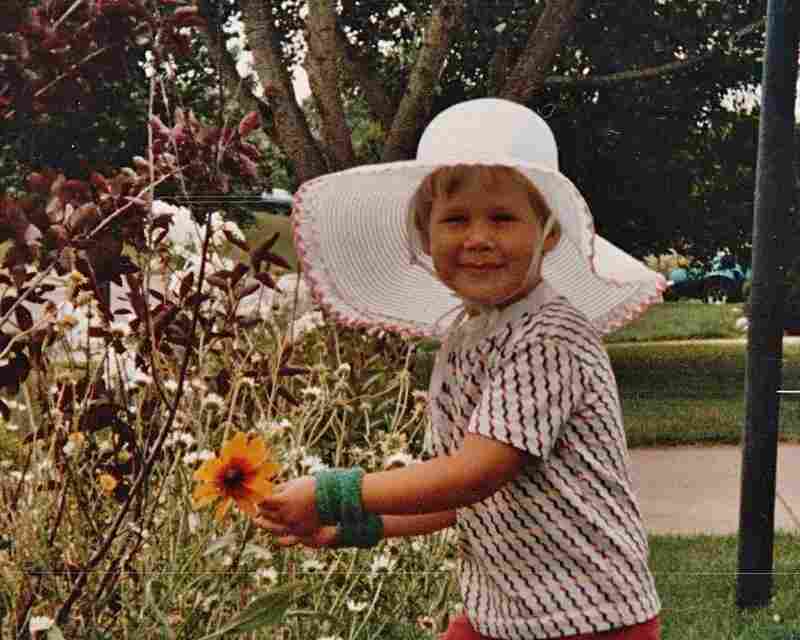 Be honest with yourself — even as an adult. How else would you be able to pass through your Grandma's hallway WITHOUT putting that hat on? Furthermore, how can you NOT take it out for a spin in the garden?

I don't remember this particular day of my life, but I remember at this age (except for all but the hat), this is how I dressed all the time. Accessories included the ever popular wristbands and knee-high tube socks with the rainbow of stripes. And, my trusty companion: a leather coin purse with a neon green shoelace acting as my purse strap.

I honestly never felt "different" growing up. I had wonderful parents who just let me do what I wanted, and didn't make me do anything I didn't want to do (including homework).

My older brothers teased me relentlessly, but only because they were my older brothers, and that's what they do. To that end, I realized very late in life, when I was 18, that I was gay.

It was no big deal, no big freak out; just, "This makes sense, this is who I am."