Accessibility links
Urban Sprawl Vs. Nature's Crawl : The Picture Show Photographer Mitch Dobrowner's images show us a Los Angeles far removed from the glitz and glitter. His L.A. is a place where nature and concrete gracefully collide. 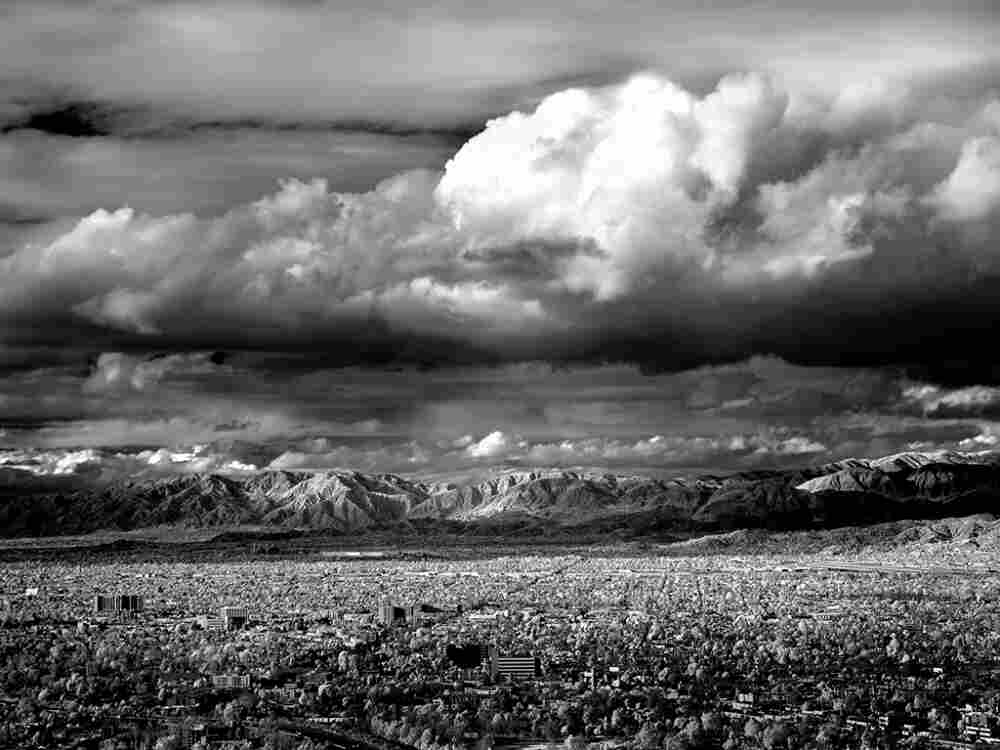 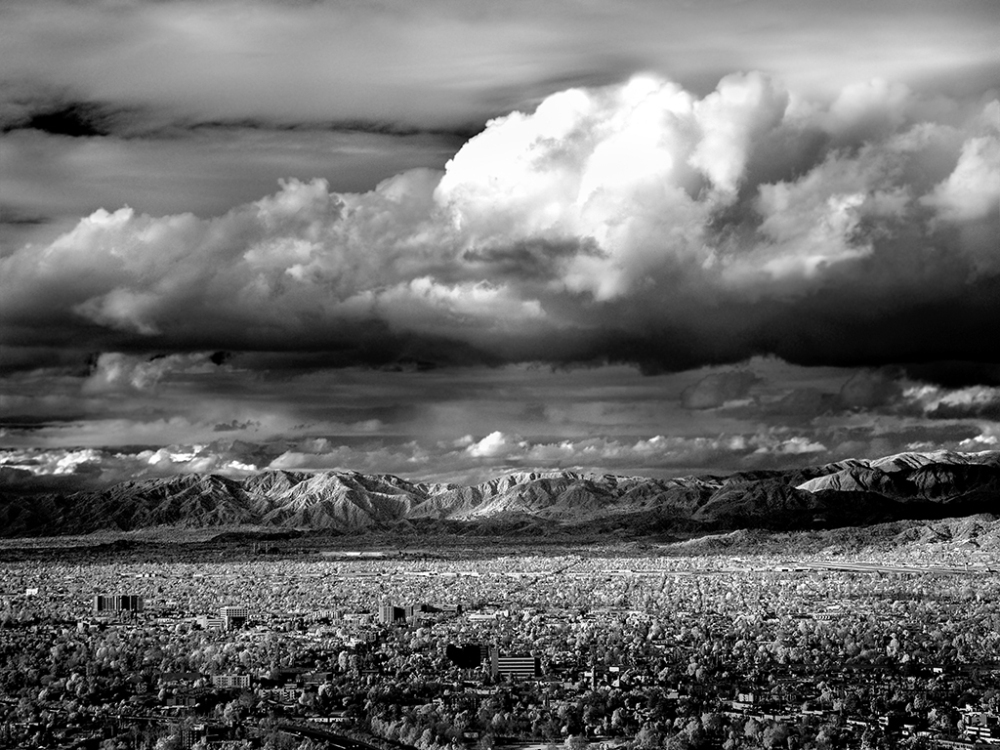 Amid the urban sprawl, where many of us live, it can be easy to forget that nature is still competing for space. We step over tree roots that break through concrete. We curse trains delayed by snow. We jump when we see a mouse.

Photographer Mitch Dobrowner's landscape series, Urban, blends the man-made with the wild, making it difficult to pinpoint where cities and nature end — or meet. His expansive canvases of Los Angeles initially draw the eye toward a mountain range or cloud bank. But as the gaze settles, the opposite force emerges: There is a city down there, too!

"I'd love to be able to take time lapse footage of ... a city like Los Angeles," writes Dobrowner. "We'd see that the landscape itself wouldn't change but what mankind builds would rise and fall. We're only temporary here. The land we think we own, we actually only borrow."

You can see Dobrowner's solo exhibitions in April at Blue Sky Gallery in Portland, or in June at John Cleary Gallery in Houston.