Accessibility links
Hair On Tomato Seeds! And Other Science Visualizations : The Picture Show Much of the scientific world is directly observable — we can take photographs, micrographs, measurements and recordings. The International Science & Engineering Visualization Challenge seeks to showcase "cutting-edge efforts to visualize scientific data, principles and ideas."

Hair On Tomato Seeds! And Other Science Visualizations

Hair On Tomato Seeds! And Other Science Visualizations

Much of the scientific world is directly observable. We can take photographs, micrographs, measurements and recordings. These data help us understand the world around us and allow us to communicate what we know. But there's another world we can't see.

Enter the International Science & Engineering Visualization Challenge. For eight years, it's been a joint venture between the National Science Foundation and Science magazine to showcase "cutting-edge efforts to visualize scientific data, principles and ideas." 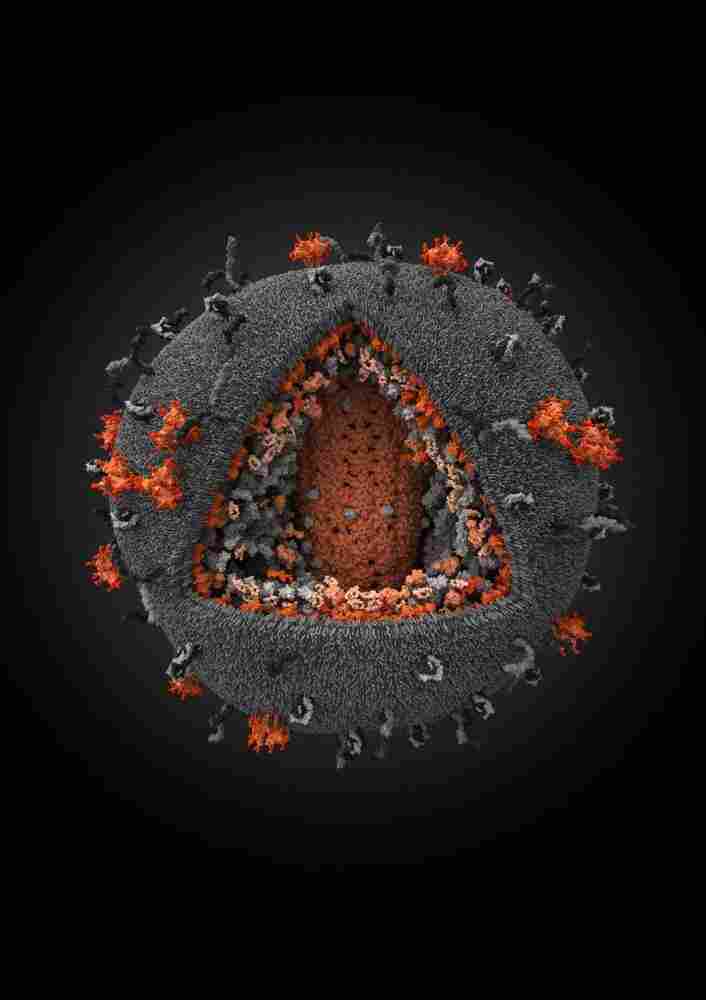 The 2010 challenge received 111 entries from 63 countries, and judges selected about a dozen winners in the categories of illustrations, infographics, photography and noninteractive media.

Here are three striking images that caught our eye. A full slideshow of the winners is online at Science's website.

The fluffy gray and orange ball above shows an HIV particle — parts in gray are the host cell, orange is virus. The image, the most detailed 3-D model of the virus ever made, is a synthesis of data about HIV from publications in the fields of virology, X-ray analysis and spectroscopy.

HIV works by breaking into immune cells and taking control of their genes, turning its viral RNA into DNA. The host cell becomes a virus factory, churning out massive amounts of virus proteins.

The contest judges selected this image for its two-color scheme and the cutaway section, showing the viral core. They write:

[HIV] uses material from the host to sort of wrap itself in this membrane. That point is brought home much clearer than another example of that same model that might be coded with eight to 10 different colors.

You have this gaping mouth that almost looks like it's ready to eat you the way AIDS is eating away at society. 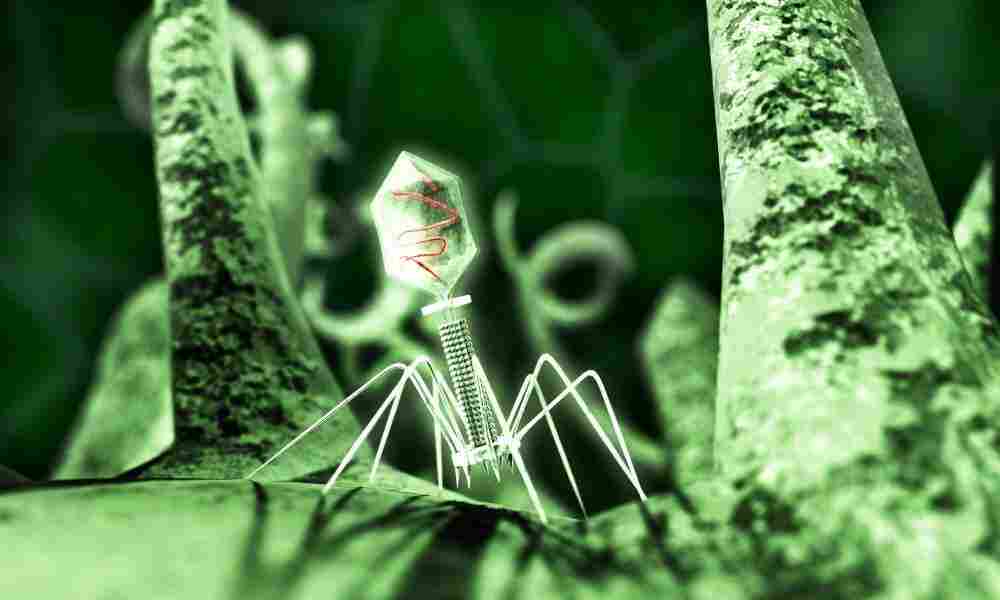 This robot-looking spider-like particle is actually a virus attacking E. coli bacteria. It's called a T4 Phage, and it actually does have spindly legs. It delivers a package of viral RNA into a host cell, shown here as the red strand by illustrator Jonathan Heras, which is used by the host cell to create new viral proteins. 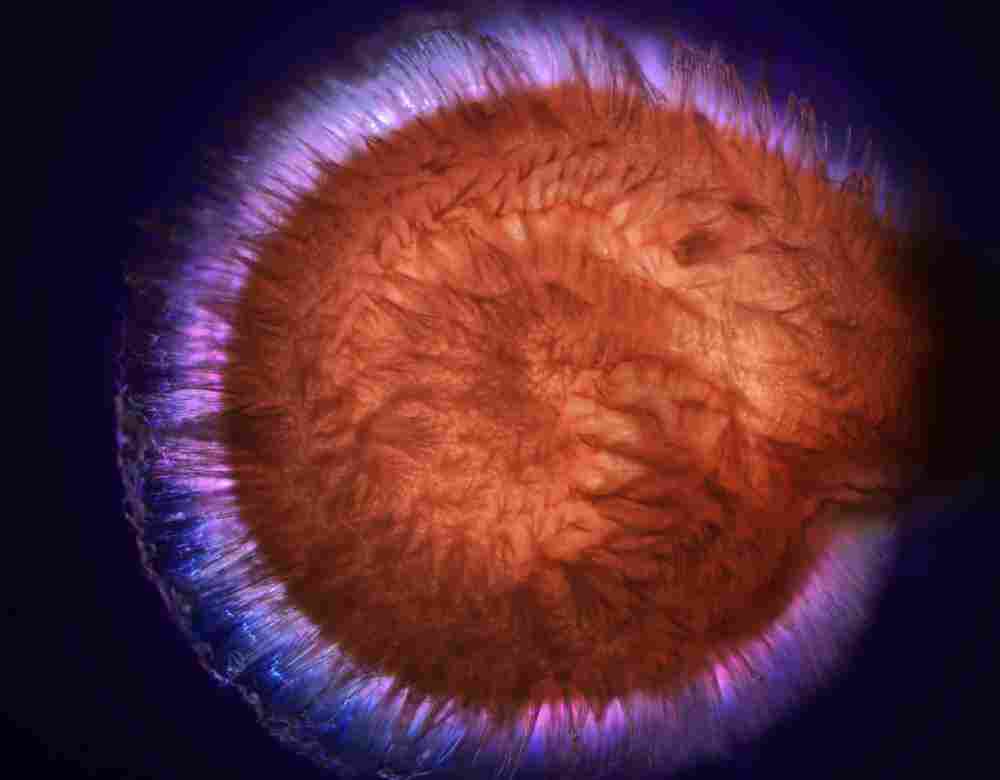 This is not a close up of the Sun — it's actually a tomato seed. Yes, tomato seeds have hair. But the hairs aren't like the kind on animal bodies — these hairs actually give off "an insect-repelling, flavor-inducing mucus that helps give tomatoes their signature taste," Science magazine writes. Robert Rock Belliveau captured this striking image with a light microscope and told Science, "Every once in a while, you see something that's so bizarre it's startling!"