Accessibility links
Rare Rhino Makes Public Appearance : The Picture Show With only an estimated 40 left in existence, the nearly extinct Javan rhino emerged from an Indonesian jungle to show itself to the camera. 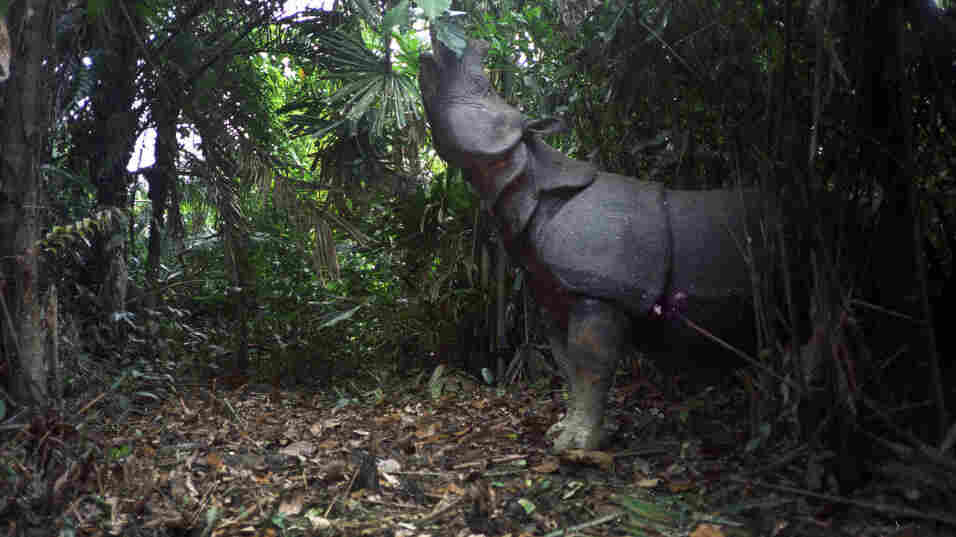 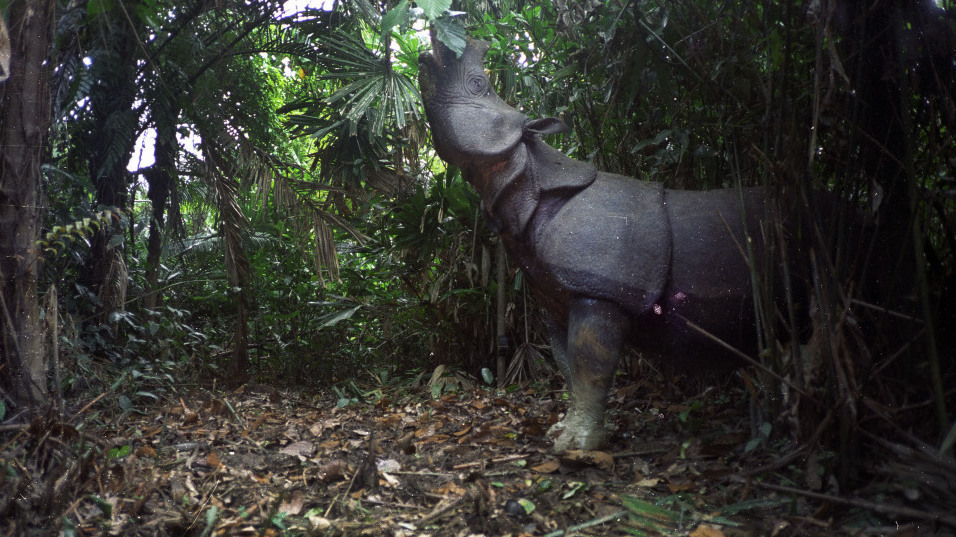 A rare glimpse at one of the most endangered animals on the planet — the Javan rhinoceros — was recently captured on video at Ujung Kulon National Park, on the island of Java in Indonesia. The World Wildlife Fund and Indonesian park officials installed motion-sensor camera traps that recorded four of the estimated 40 Javan rhinoceroses that still exist in the wild today (none live in captivity).

Threatened by poaching and loss of habitat, the Javan rhinos once inhabited parts of India, Bangladesh, Myanmar, Thailand, Malaysia, Laos, Cambodia, Vietnam and Indonesia, but are now believed to only reside in Ujung Kulon. According to the World Wildlife Fund (WWF), a small population in Southern Vietnam is now feared dead — probably at the hands of poachers.

Despite having the smallest horns of all rhino species, "the Javan rhino has been hunted for its horns for hundreds of years," says WWF's Barney Long.

Poachers around the world hunt rhinos for their horns which some practitioners of traditional Chinese medicine believe possess healing properties, and can fetch upwards of $20,000 USD per pound in illegal trading. 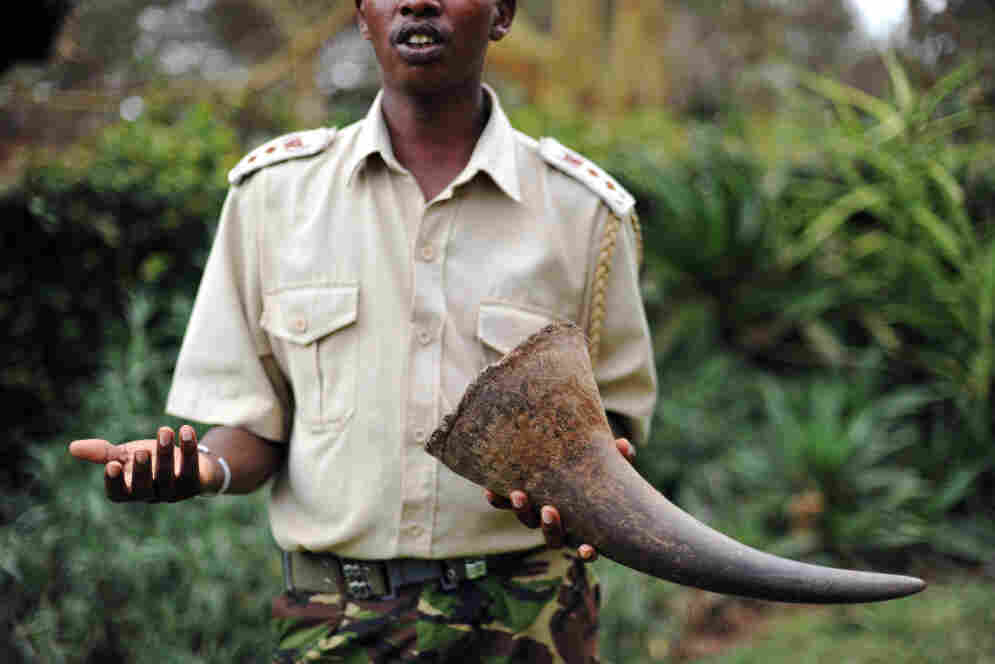 A security agent holds a large horn of a southern white rhino killed by poachers at the Lewa Wildlife Conservancy in Kenya. Javan rhino populations were decimated by poaching for their horns, despite having the smallest horns of all rhino species. Roberto Schmidt/AFP/Getty Images hide caption

Organized poaching appears to be on the rise — South Africa saw a spike in rhino killings in 2010 with a reported 333 rhinos killed — the highest number ever recorded, nearly tripling the 122 killed in 2009.

One of the Javan rhino calves featured in the Ujung Kulon video is a female — giving added hope that these rhinos can recover. Faced with similar threats, the southern white rhino was thought to be extinct at the end of the 19th century until a small population of less than 50 was discovered in South Africa in 1895. Conservation and protection efforts have allowed the species to rebound to an estimated 20,000 today. 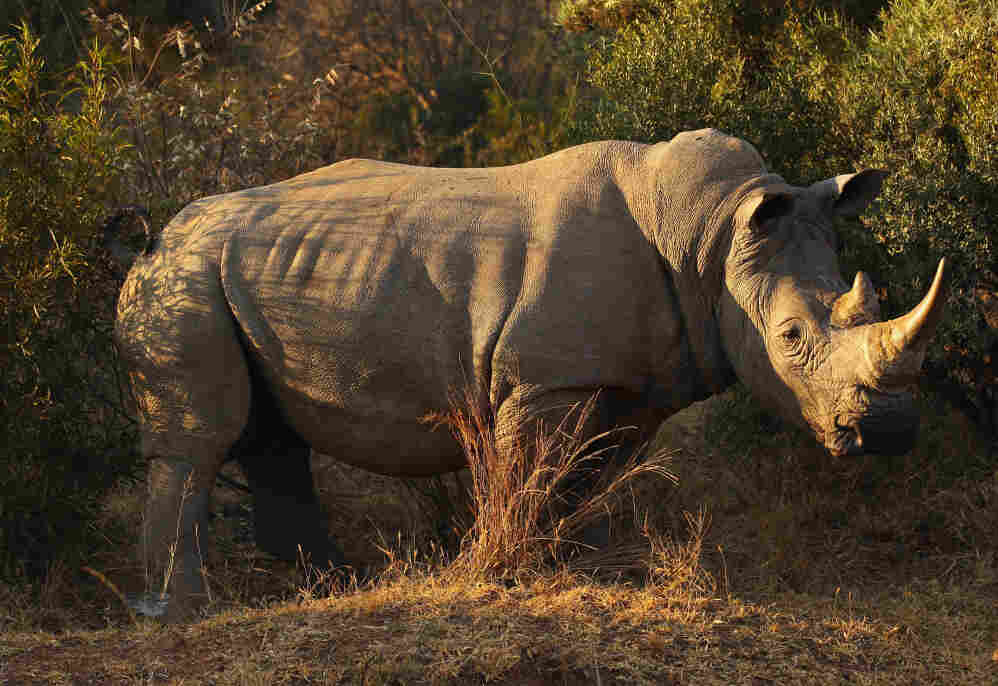 On the brink of extinction in the late 19th century, with around 50 left in the wild, the southern white rhinoceros population has rebounded to an estimated 20,000 today. Mark Kolbe/Getty Images hide caption