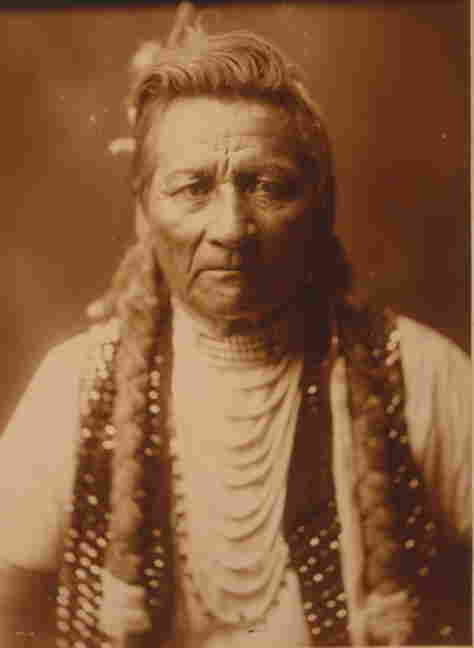 Curtis photographed people from 80 different tribes, and his 2,000 sepia images depict his subjects in a serious manner — dignified and prideful.

But for Ryan Red Corn, a Native American who lives on a reservation in Oklahoma, those images Curtis produced don't provide a full picture of his culture.

"That was kind of the end of the era of when people were taking pictures of natives," he tells NPR's Melissa Block. "Even if you just Google 'Native American' or 'Indian,' you'll still come up with a ridiculous lopsided inventory of what's out there." 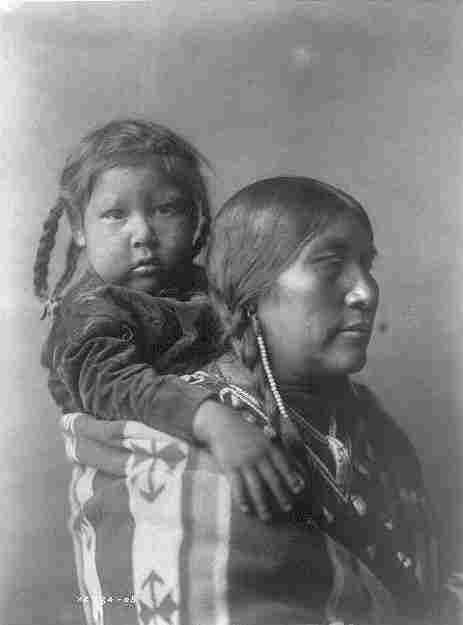 Arapsoke woman with a child secured on her back with a blanket. Edward Curtis/Library of Congress hide caption

So Red Corn sought to create a new visual of his culture. The result is his video, Smiling Indians. The video is four minutes long, and its smiles range from a self-conscious grin to a full-on belly laugh.

And Red Corn smiled so much while editing the video, he says his face hurt.

"The prevalence of humor in any country is just right here on the surface," Red Corn says. "All the Indians I know are smiling Indians."