Accessibility links
Skyscrapers Of The Future : The Picture Show Imagine a sleek new Hoover Dam or a pollution-fighting skyscraper. Those things aren't too far-fetched for designers in a recent architecture contest.

In the future, we'll live in neighborhoods that sprawl in three dimensions, taking the subway vertically as well as horizontally to get to parks suspended between towers. Or we'll live underground in structures dedicated to harvesting geothermal energy — or perhaps we'll be able to unplug our homes from one location and plug in somewhere else, maybe closer to the air-purifying membrane that stretches across the sky.

At least, that could be the future as imagined by architects. The architecture and design journal eVolo recently had its annual Skyscraper Competition, and the concept illustrations for the 2011 winning designs look like structures from the set of a sci-fi movie. 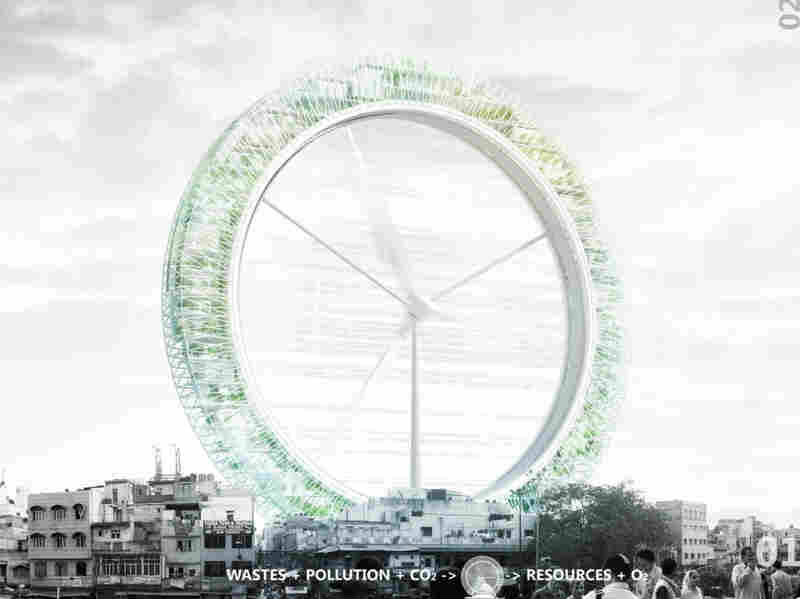 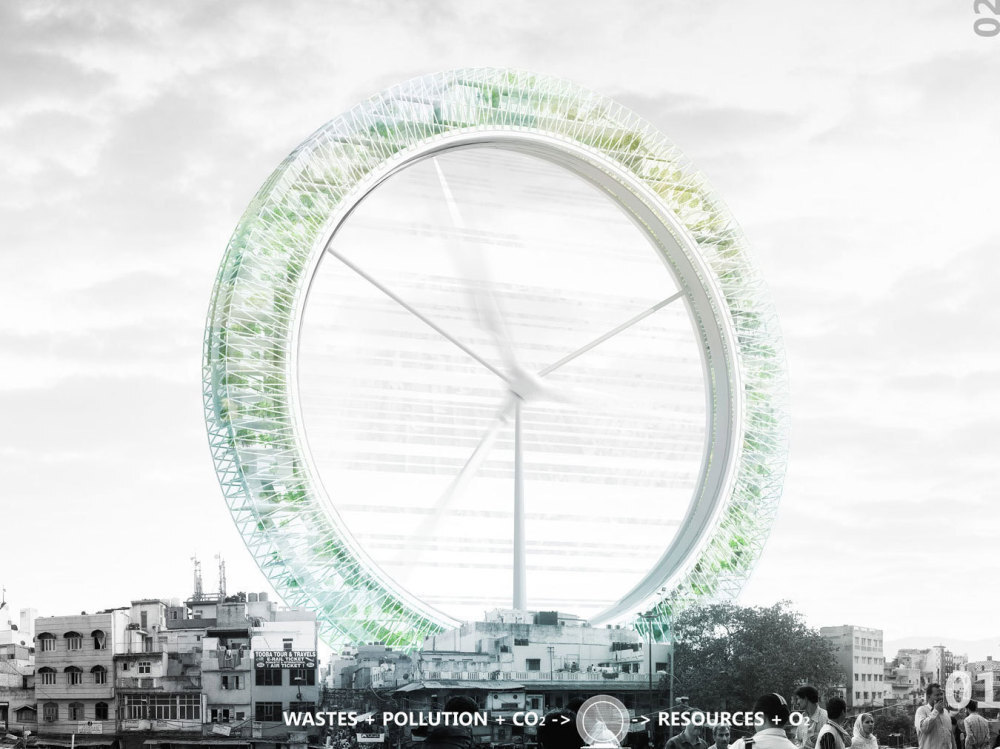 First-place winners Julien Combes and Gael Brule of Atelier CMJN in France designed a giant turbine for cleaning the polluted air above New Delhi, India. Called LO2P, the skyscraper would be a giant loop made of material from recycled cars. Layers of greenhouses would act as filters, absorbing carbon dioxide and releasing oxygen, while the rotating filters would collect particles in the air.

Yoann Mescam, Paul-Eric Schirr-Bonnans and Xavier Schirr-Bonnans, also from France, claimed second place with their design for Flat Tower, a skyscraper that is really more of a dome than a tower. It stretches out across an urban park and railway, but the design allows light to pass through pore-like spaces in the structure. The surface of the dome is equipped to collect solar energy and rainwater.

Third place was awarded to Yheu-Shen Chua from the U.K. for an inventive redesign of the Hoover Dam. In this version, a hanging tower is built down the face of the dam into Black Canyon, and would house a vertical aquarium and viewing gallery.

Although these are all conceptual projects that aren't slated to be built anytime soon (maybe never), it might not be too far off from possibility. As evidenced by the construction of the China Central Television (CCTV) Headquarters in Beijing and the totally nuts proposal for the moving Dynamic Tower in Dubai (no, seriously, look at it), what was formerly the stuff of fantasy could actually become reality. Could you see yourself living or working in one of these towers?