Accessibility links
Water Can't Put Out A Fire-Ant Raft : The Picture Show Fire ants drown when they are alone in water. To survive floods they need a raft, so they build one with their own bodies.

You've seen ants. Thousands of them. And most of the time, you've seen them in colonies, living as a group. But have you seen them float as a group? Apparently a single fire ant will struggle in water, but a cluster of them can bob happily for months. A new study has used time lapse photography to figure out why — and how — that is. 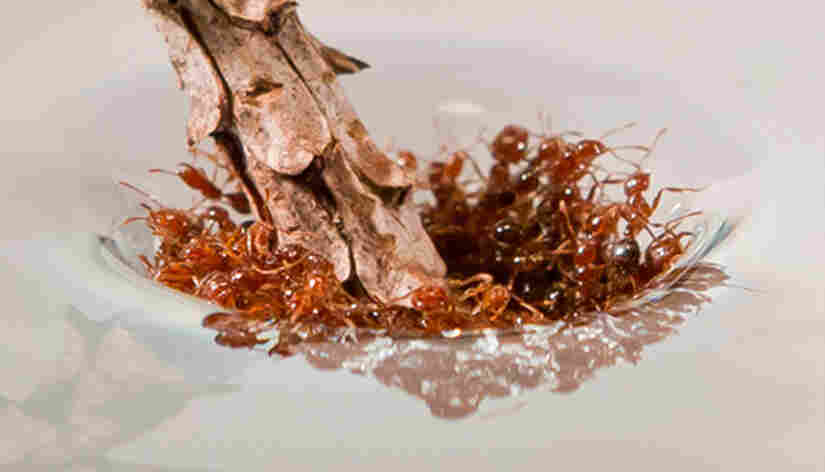 The above fire ants, or Solenopsis invicta, have evolved so remarkably, that they can self-assemble into structural tools utilized by the entire colony. They have been known to build ladders, chains and walls — out of themselves — that ensure their colony remains intact.

To survive a flood, for example, they can link in a matter of seconds by mandibles, tarsal claws, and adhesive pads on their feet — to form, in essence, a raft. In short: by joining this way the ants are able to decrease their mean density as a whole and become a buoyant raft; if left alone they would sink. 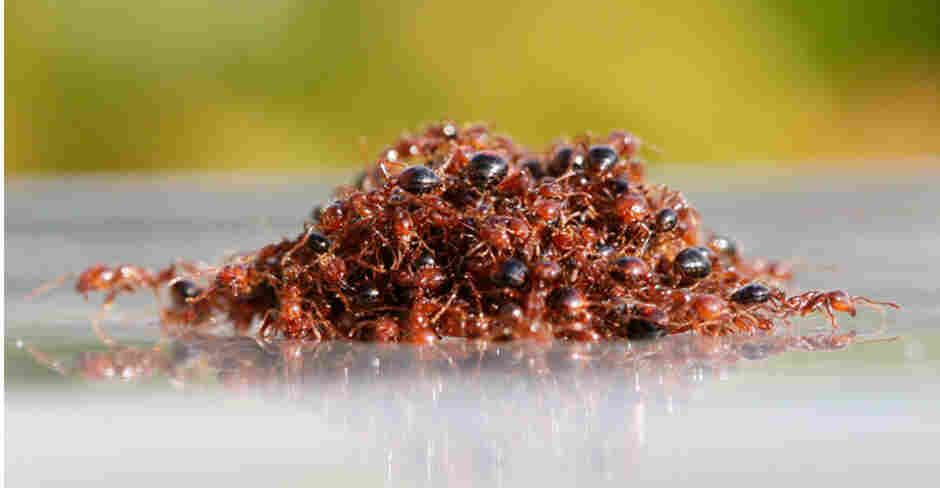 Sightings of ant rafts were reported following flooding from Hurricane Katrina. These findings may contribute to future technologies for floating devices and waterproof materials.