Accessibility links
Marines: 'It Doesn't End The War For Us' : The Picture Show NPR's David Gilkey, embedded with Marines in Afghanistan, asks a few men what they think of the news.

Marines: 'It Doesn't End The War For Us'

Marines: 'It Doesn't End The War For Us'

The news of Osama bin Laden's killing was met with cautious excitement by many men from Bravo Company, 1st Battalion 5th Marines in Helmand River Valley — allegedly one of the most dangerous regions of Afghanistan.

The event is a "notch in the belt," one Marine told NPR photographer David Gilkey, who is embedded with the group. The reigning sentiment was that this is positive, but that the fight goes on: 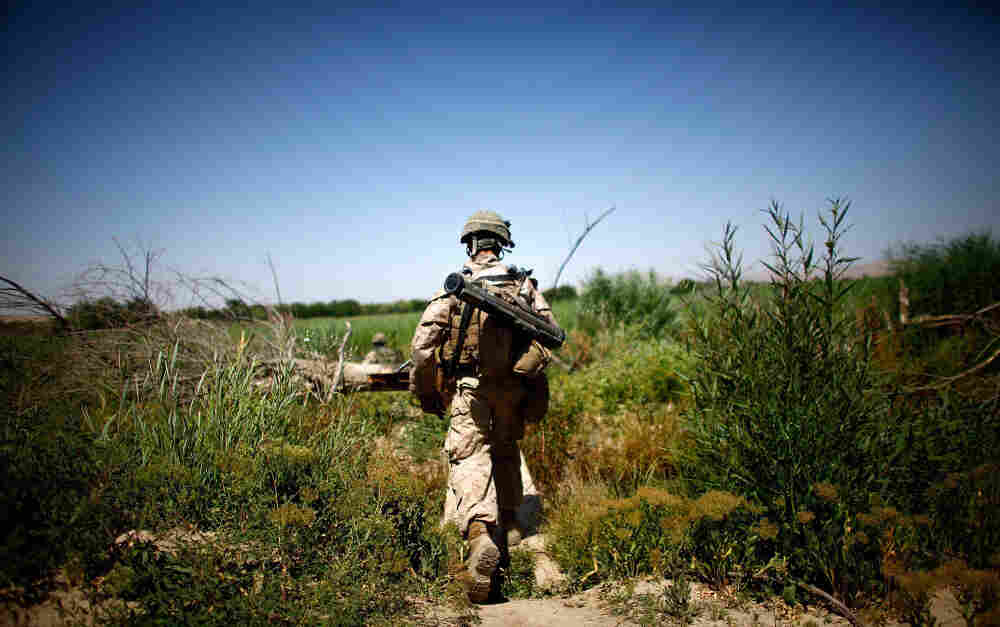 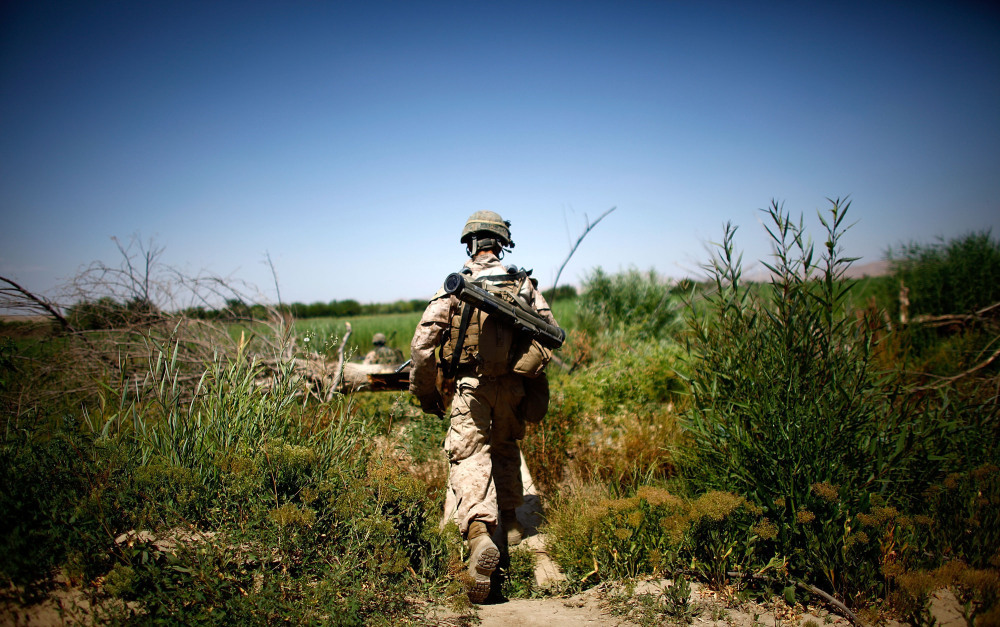 A Bravo Company Marine from Camp Pendleton, Calif., patrols in the Helmand River Valley in southern Afghanistan on Monday.

Here's what some of the Bravo Company marines had to say about the killing of bin Laden:

"We're still here in Afghanistan, Sangin is still very hostile, especially where we're at here, the enemy is still going to fight us, and we have to maintain our composure — not get complacent. Just because we took out the head honcho doesn't mean these guys are gonna throw up their arms and be done with it."

"There's still a lot of work that needs to get done here. It's a huge step in the right direction ... but we still need to finish our mission. ..."

"There's always gonna be insurgency, it's never gonna end. ... This fight's definitely gonna be a hard one to win, but I don't think it's impossible."

"What happens tomorrow? We're gonna just do the same thing. We're gonna wake up and keep doing what we're doing every single day until we're out of here. Because we've got a job here. We've got a mission to complete. And that's what we're gonna do."

"I think that everyone's gonna be real happy about the fact that it's one bad man that can't hurt anybody else, but ... It's one more day. ... It didn't end the war for us. ... I think everybody's just gotta stay focused on what they're doing."