Accessibility links
Japan, Two Months After The Disaster : The Picture Show News from Japan has fallen below the fold but a group of photographers is committed to making people care.

Japan, Two Months After The Disaster

Japan, Two Months After The Disaster

Here's a photo of Kesennuma, a city in Japan, shortly after the earthquake and tsunami struck in March. 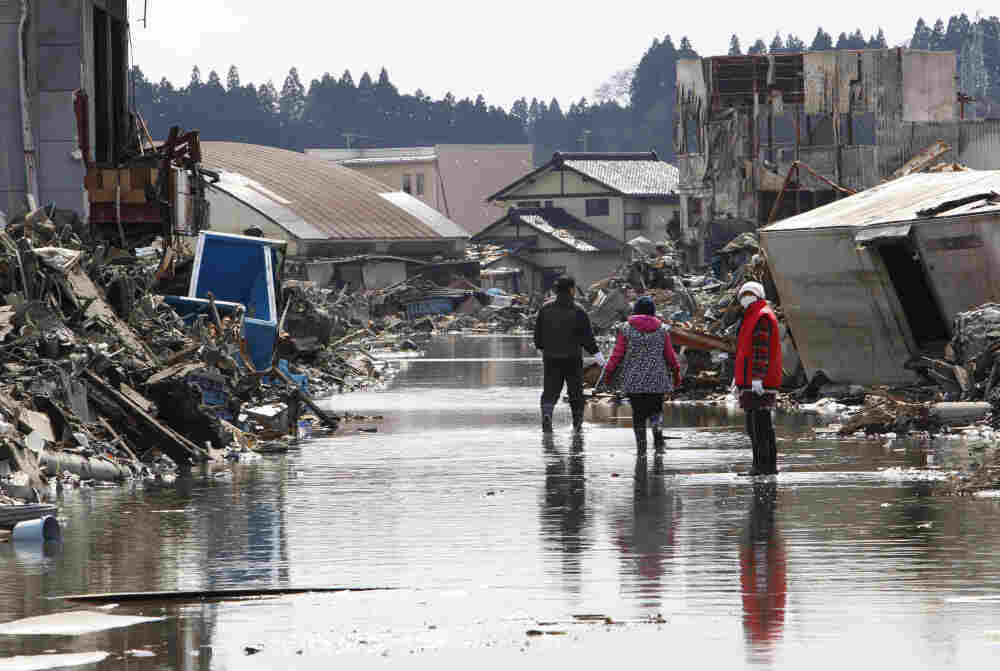 People search for the wreckage of their home washed away by the tsunami at Kesennuma, Miyagi prefecture, March 23, 2011. Shizuo Kambayashi/AP hide caption

Here's a photo of the same city, taken today: 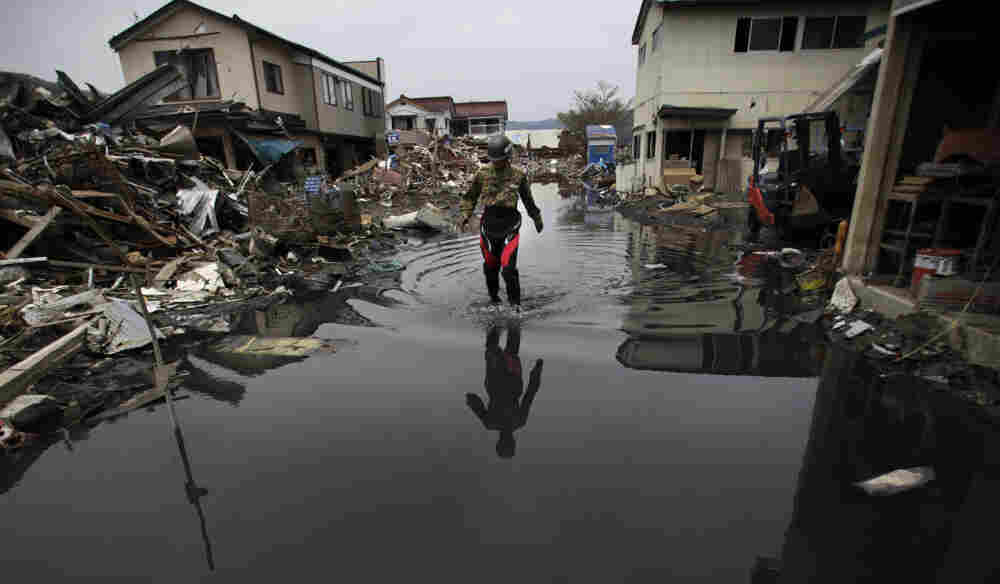 A Japanese soldier walks through a flooded path in a port area in Kesennuma, May 11, 2011. Junji Kurokawa/AP hide caption

Two months have elapsed since the earthquake and tsunami rocked Japan. Headlines about nuclear radiation and demolished cities have, for the most part, fallen below the fold for many major news outlets. But a quick look at the photos coming from Japan shows there's still a long way to go to recovery.

In an effort to keep the general public engaged, 14 photographers who were in Japan after the disaster have teamed up for charity: The 3/11 Tsunami Photo Project is an iPad app with photos and commentary from the photographers; download proceeds go to the Japan Red Cross Society. The photos were taken in the weeks after the disaster, though they don't look too different from the photos being taken today.

"A lot has been said about Japanese resilience and their response to the March 11 disaster," writes Associated Press photographer David Guttenfelder. "But the stoicism hides the deep personal suffering. The humble efficiency makes it seem like help is not needed. I hope that our photographs will help people understand and continue to help Japan."

One of the project curators sent along this selection.