Accessibility links
What Makes Bad Food So Good? Thoughts On America's Most Obese Region : The Picture Show A new collaboration with Oxford American magazine spotlights the South, starting with a dispatch from the most obese county in the U.S.

Southword is a new multimedia collaboration between Oxford American magazine and NPR, spotlighting the people, places and trends shaping the American South.

The first installment takes us to Holmes County, Miss., the most obese county in Mississippi, the most obese state in America. NPR's Debbie Elliott and filmmaker Dave Anderson of Oxford American reflect on their time there — specifically, on what makes bad food so good. 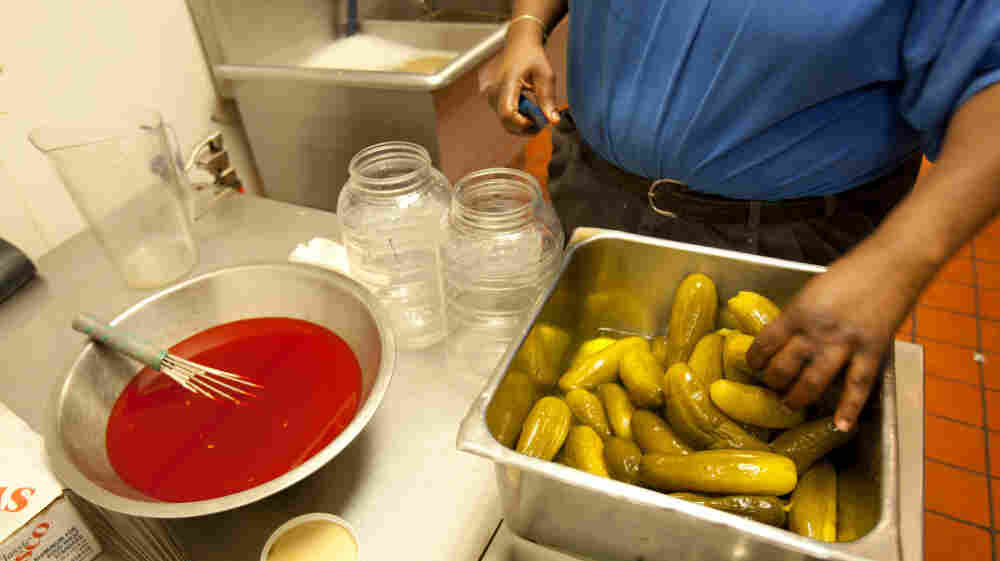 One thing you need to know before going to the Mississippi Delta is what a Kool-Aid pickle is — and how to make it.

Where can you find Kool-Aid pickles? All over the region, including at the Double Quick, a chain of convenience stores, many of which also sell a smorgasbord of fried foods.

What's At The Double Quick?

Hover over the image to see what you're eating.

The Picture Show: What was the best thing you ate in Holmes County?

Dave Anderson, Oxford American: Well, I'm a bit chagrined to report that the best things I had were fried: fried green beans dipped in ranch were pretty yummy. But what I really liked were the fried pies at the Double Quick. To folks who haven't heard of a fried pie, I'd say the easiest way to explain them would be to compare them to a McDonald's apple or cherry pie. The filling is inside some dough that is then fried.

On the flip side, I had a Kool-Aid pickle, which we learned is a popular snack among kids in the region. As I wrote on Facebook the day I got my hands on one: "Yes I tried it. No I shouldn't have done that. Two words: Monster nasty."

We won't get into the irony of the Double Quick's tagline, 'We Keep You Movin.' What are three things you learned in Holmes County — the drawbacks of food so bad it's good?

Debbie: The connection between poverty and obesity. Holmes is both the most obese and the poorest county in Mississippi. One young mother who uses food stamps to feed her two children told me she has no choice but to pass up the produce aisle to stretch her food dollars. In one grocery store I visited, sugary drinks were right in the produce case, and were cheaper than buying a bunch of bananas that were starting to turn black.

How hard it is for people to accept that their weight is a problem. When you look around and most of the people around you are your size or even bigger, it's easy to think you're doing just fine. A few people even used the word "healthy" to describe carrying around the extra pounds.

There's no simple answer or solution to the nation's obesity epidemic. Experts tell me it's a mix of factors that include genetics and changing lifestyles.

For one thing, our work has become more sedentary (I'm sitting in front of a computer right now) and there is a lot more processed and fast food on our plates.

In the South, which leads the nation in obesity rates, it used to be that a fried chicken supper was a once-a-week treat, maybe after church on a Sunday afternoon. Now you can find fried chicken and fried fish and fried potato logs and fried pies at convenience stores in just about any little town. And it's not necessarily being served like my grandmother used to serve it, with lots of fresh vegetables from a backyard garden.

Dave: I learned the term "food desert." Yes, one S. According to the Center For Disease Control: "Food deserts are areas that lack access to affordable fruits, vegetables, whole grains, low-fat milk and other foods that make up the full range of a healthy diet."

I think the key terms there are access and affordable. So, oddly, the Mississippi Delta, a lush agricultural region, is in fact still a food desert. I didn't realize there was so much disparity in quality and selection of fresh fruits and vegetables offered to the public. Usually you just couldn't find them. But when you could find them in a local convenience store, the selection and quality of produce was pretty sorry. It turned out that people who really want quality fresh produce must drive 30 to 45 minutes to find a good grocery store.

I was kind of shocked to learn how bad things had gotten even for young kids. Kids as young as 3 are getting diagnosed for high blood pressure. They have become so overweight that the local school buses now can only fit two kids to a seat; in the past they have been able to average three kids to a seat.

And I learned from Debbie that you can literally see where the Mississippi Delta begins by a shift in the landscape from rolling hills to flat farmland. 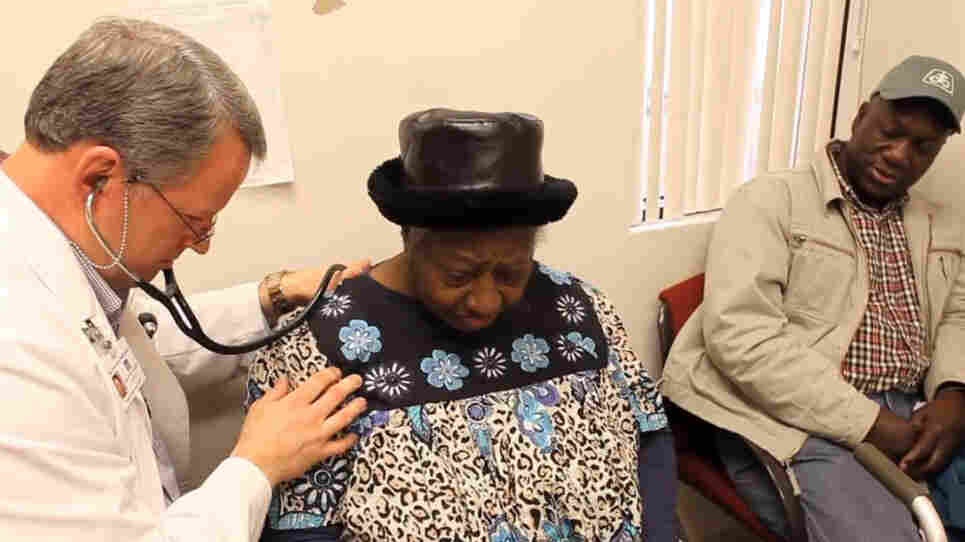 Has reporting on this story changed anything for you personally?

Debbie: Well, I belong in that category of overweight Southerners, and after working on this series, I've had a renewed commitment to making healthier choices. And being on the road a lot, that's not always so easy. But I'm doing better. I try to stop at roadside produce stands and pick up local fruit for snacking. But don't expect me to give up my fried chicken altogether — still have to indulge every now and then!

Dave: Well, all the statistics and anecdotes and seeing young people who had strokes kind of freaked me out. I started a diet (and exercise) right after we went. I lost about 10 pounds (far less then I need to lose). Unfortunately it didn't stick. I remain an example of the problem. 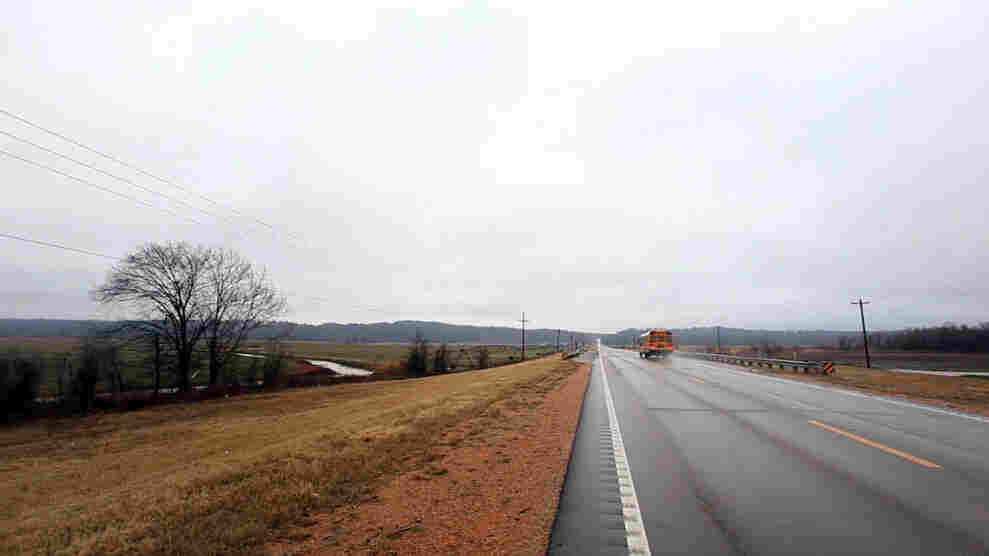 A view from the road in the Mississippi Delta. Dave Anderson/Oxford American hide caption