Accessibility links
Is That Nat Geo Photo ... A Painting? : The Picture Show An image from National Geographic's June issue has people scratching their heads. 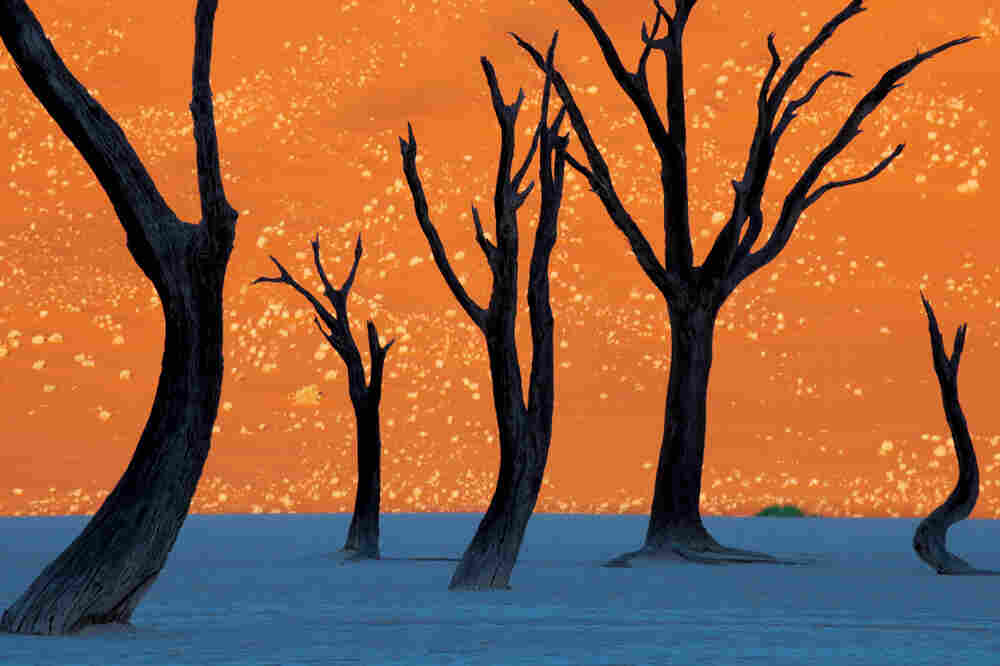 Tinted orange by the morning sun, a soaring dune is the backdrop for the hulks of camel thorn trees in Namib-Naukluft Park. Frans Lanting/National Geographic hide caption 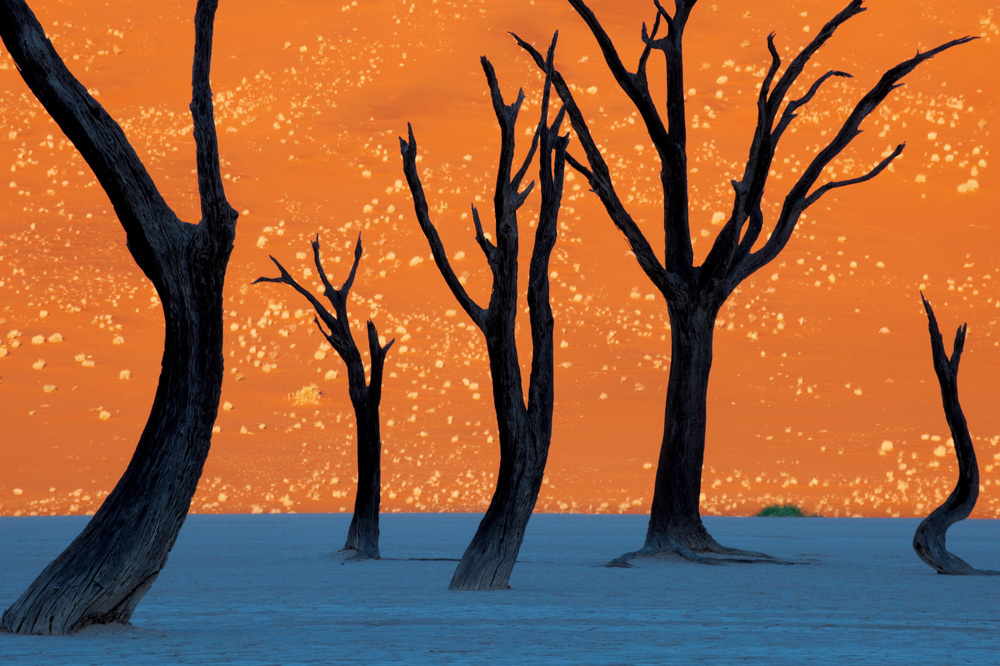 Tinted orange by the morning sun, a soaring dune is the backdrop for the hulks of camel thorn trees in Namib-Naukluft Park.

I can't quite put a finger on what this reminds me of — other than something someone would paint. But it is, in fact, a photo, taken in Namibia by Frans Lanting for a story in National Geographic's June issue.

Lanting explains how he did it in a Nat Geo Q&A:

It was made at dawn when the warm light of the morning sun was illuminating a huge red sand dune dotted with white grasses while the white floor of the clay pan was still in shade. It looks blue because it reflects the color of the sky above. ... The perfect moment came when the sun reached all the way down to the bottom of the sand dune just before it reached the desert floor. I used a long telephoto lens and stopped it all the way down to compress the perspective.

Here's what the scene looks like from a wider vantage point.

The magazine story is about how, after gaining independence in 1990, Namibia became "one of the world's first nations to write environmental protection into its constitution." Today, nearly half of Namibia is set aside as park land. Lanting's photos show flourishing coastal parks and the animals they protect.