Accessibility links
Rural Indian School Profits Off Another Kind Of I-Pad : The Picture Show Three and half hours outside Delhi, a school makes money by producing feminine napkins.

Along The Grand Trunk Road 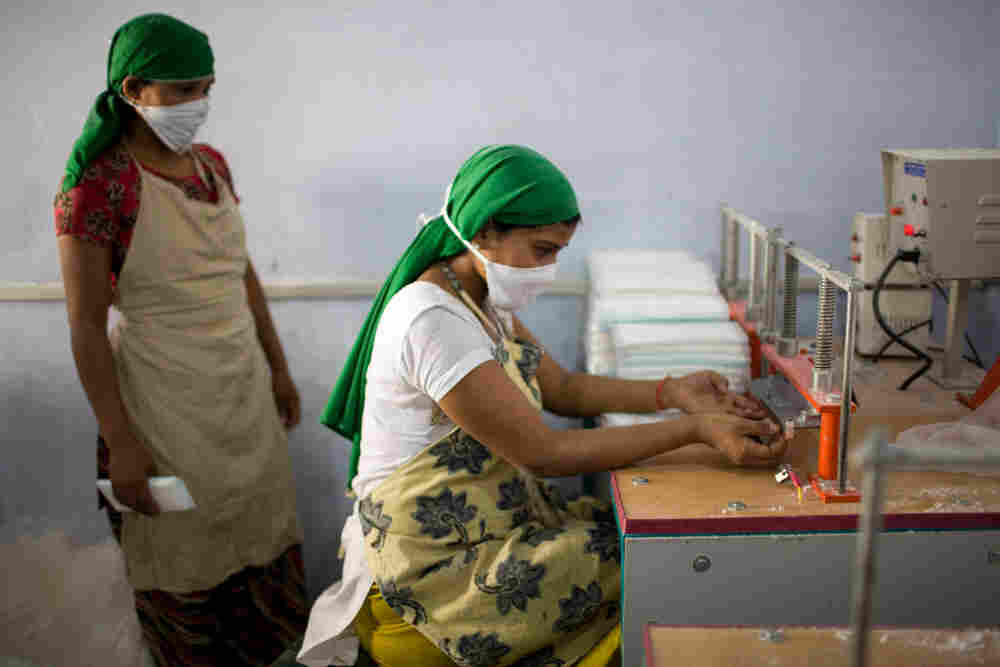 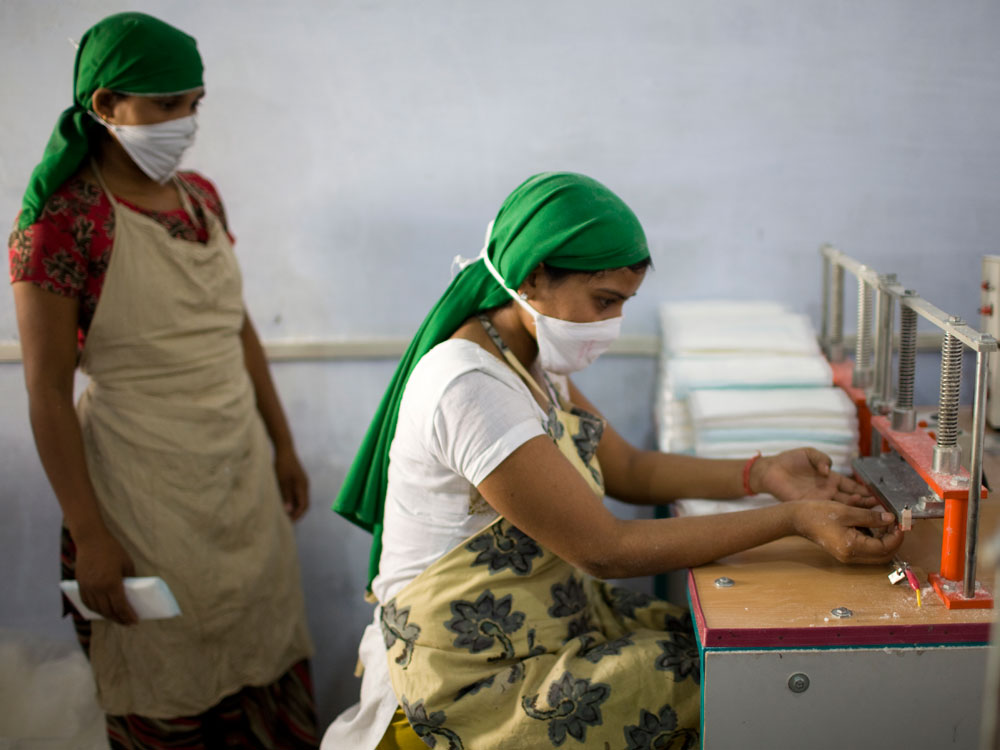 When Sam Singh walked into his ancestral village, three and half hours outside Delhi, declaring he was going to build a school for girls, noone believed him. There were few educational opportunities for women in the rural community that his family was from.

Townspeople questioned why a man who had spent his life in the U.S. would want to pour his savings into such a concept. Kidnapping threats followed.

"Even my wife thought I was cuckoo," Singh told NPR reporter Phil Reeves about his decision.

Ten years later, the Pardada Pardadi school has more than 1,000 students, as you can see in the audio slideshow above.

In addition to the standard math and language classes, girls learn to make goods that can be sold in the area. The most popular product? I-pads — the original kind.

In rural India, feminine sanitary pads are extremely difficult to come by, according to the CEO of the school, who goes simply by Renuka. Factory-produced maxi-pads are way too expensive, particularly for families with several daughters.

Beyond causing women to feel embarrassed, a lack of hygienic cloth causes serious problems. Renuka says that she's seen many women drop out of school and develop long-term health issues due to a dearth of options.

And thus, between math classes and embroidery lessons, the young women at Pardada Pardadi learn to make maxi-pads. A sign on the door proudly declares what the program is about: 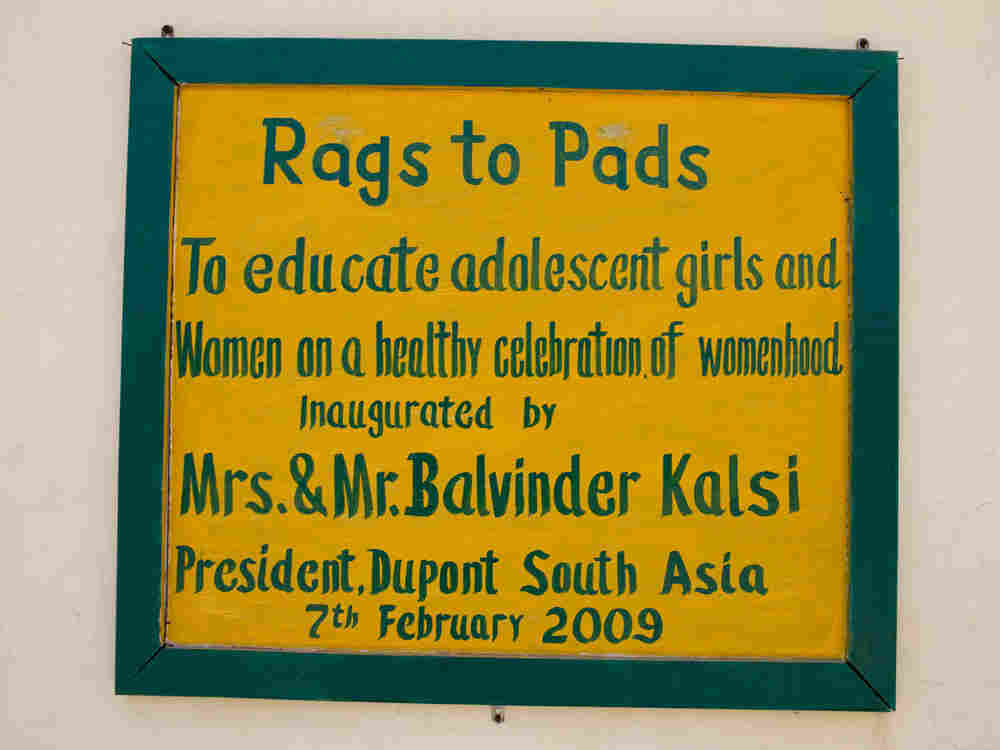 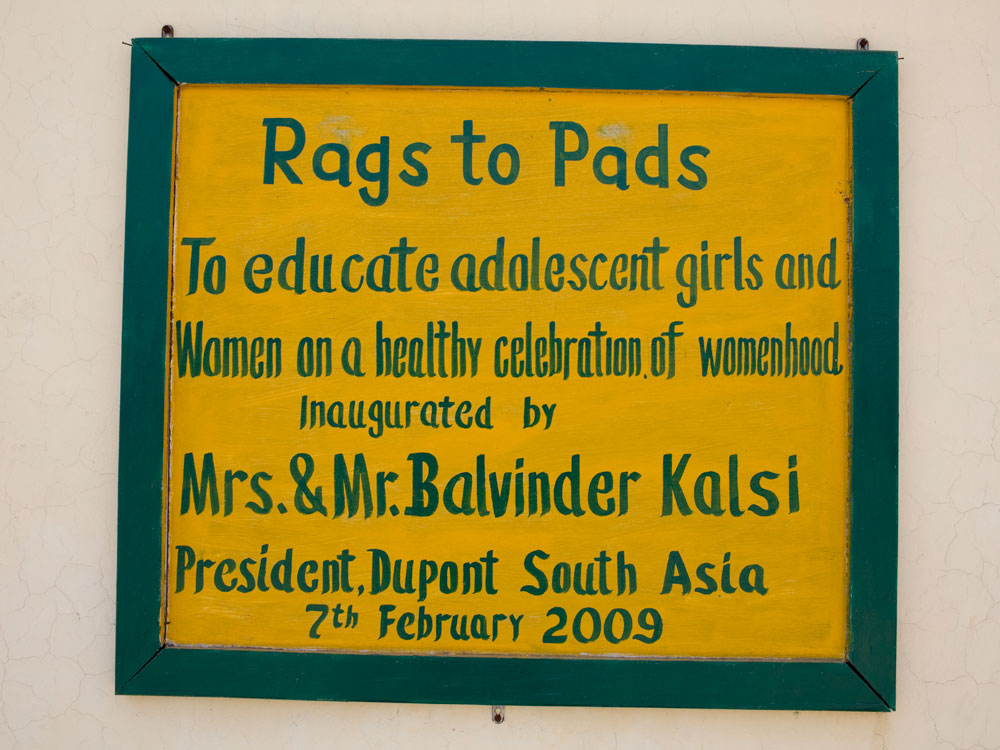 The students purchase some of what they make for their mothers and sisters at a discounted rate. The rest is sold in the surrounding area. The profits from these — and other goods the girls create — are set aside to give to the young women at graduation. And thereby, Renuka says, while making their lives and the community better, they also wean themselves off financial dependence on men.

You can find more photo and stories from India, as part of NPR's Grand Trunk Road project, here. Simply interested in the photos? Find them here.