Accessibility links
How To Turn A Pumpkin Into A Camera : The Picture Show Have an extra pumpkin lying around? Put it to good use — to take photographs.

Every year, this time of year, normal people nationwide gather 'round spreads of newspaper to carve glowing, ghoulish jack-o'-lanterns. And for about a month's-worth of sporadic lunch breaks, we, too, have been carving a pumpkin ... into a camera! Much to our amazement, it actually worked. Here's how we did it:

How To Turn A Pumpkin Into A Camera from NPR on Vimeo.

The pinhole is the simplest of all cameras. At its most basic construction, it's a lightproof container (as small as a matchbox or as large as a truck), with photo paper or film inside and a hole. The way it works is pretty simple, too:

Imagine you're standing in a pitch black room with a tiny hole in the wall. Your friend, who is outside with a flashlight, shines it at the hole. A tiny beam of light will pass through, appearing as a small dot on the opposite interior wall. As your friend moves the flashlight around, the beam of light — and the small dot on the wall — also move. Now your friend goes away, and instead it's daylight. The sun is reflecting off of every point in a breathtaking landscape — and those points are all shining through that tiny hole in the wall.

Things that are bright send more light in, things that are dark send less light. And a faint image of the outside world will appear on the wall opposite the hole — albeit upside-down and reversed. Before cameras, people would trace those images onto paper; the device, sometimes a small box, sometimes an entire room, was called a camera obscura. Today, we use light-sensitive photo paper or negative film. (Well, actually, today we just use digital cameras to photograph landscapes. But this is more fun.)

Here's the rub: It involves a lot of calculation. And a lot of guessing and checking. Things to consider: the ASA of your photo paper (or ISO of your film), the size of the hole, the distance from the hole to the paper and the time of day. There is a ton of room for error. In fact, it's mostly room for error. So we were really lucky to have a few successful images.

Word to the wise: Pumpkins rot quickly. We went through three throughout this process. And the image from our first camera came out completely black because the camera was not sufficiently lightproof. So our final camera was a fortress of impermeable darkness. 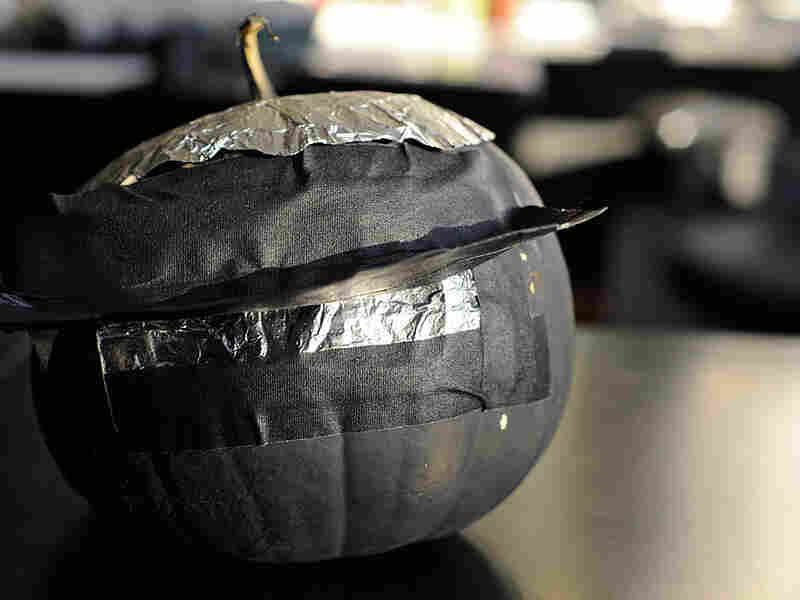 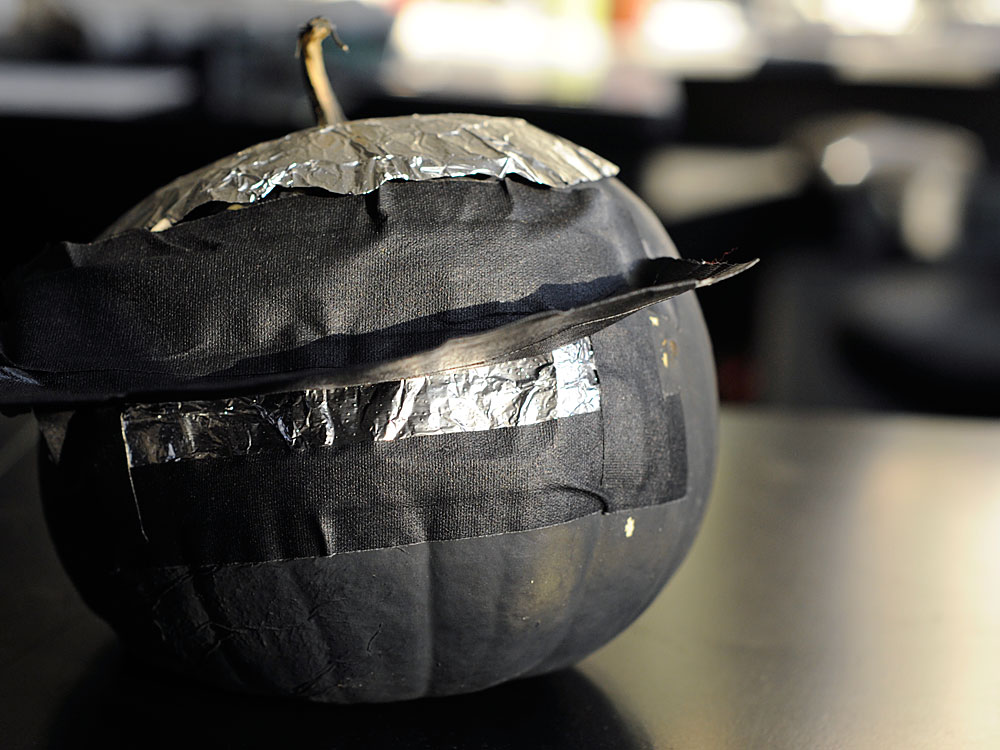 In the end, we highly recommend this project if you can find a darkroom. Although it's time-intensive, meticulous and, at times, a total pain, it's worth it to watch the image emerge in the darkroom. We had no idea what was on the photo paper, and were genuinely terrified we'd have nothing. But that's the magic of primitive photography: there's no instant gratification. It's all about process. And this, rest assured, is a serious process.

Check out these other cool pumpkin cams we came across: one using photo paper and one using film.