Accessibility links
Comfort Women: Untold Stories Of Wartime Abuse : The Picture Show A reporter and a photographer set out to document the untold stories of Indonesian women who had been forced into prostitution during World War II.

Of the many horrors suffered by both sides during World War II, the existence of "comfort stations" is one of the most unsettling: Organized by the Japanese military in occupied countries, these were locations where women were forced into prostitution to "comfort" military personnel. Over the years, many of the surviving women have shared stories of kidnap, coercion, rape and abuse — yet the Japanese government has been reluctant to acknowledge the crimes, let alone extend reparations.

It's an issue that has been brushed under the carpet, not only by government officials, but also by many surrounding cultures. In Indonesia, for example, little has been done to compensate the surviving women and their families; to the contrary, their stories have been suppressed by the society at large, says Dutch journalist and researcher Hilde Janssen. Very few women have ever shared their experiences – until now.

"It's the kind of story that is pushed away because it is very shameful in their eyes," Janssen says. Because sexuality is relatively taboo in Indonesian culture, former comfort women were too guilty and ashamed to share their memories. "But it should have a place in history," says Janssen.

She has been based in Indonesia for more than a decade and recently teamed up with photographer Jan Banning on a documentary project about these surviving comfort women, now in their 60s, 70s and 80s. Together they compiled these intimate oral histories and portraits in a book titled Comfort Women. 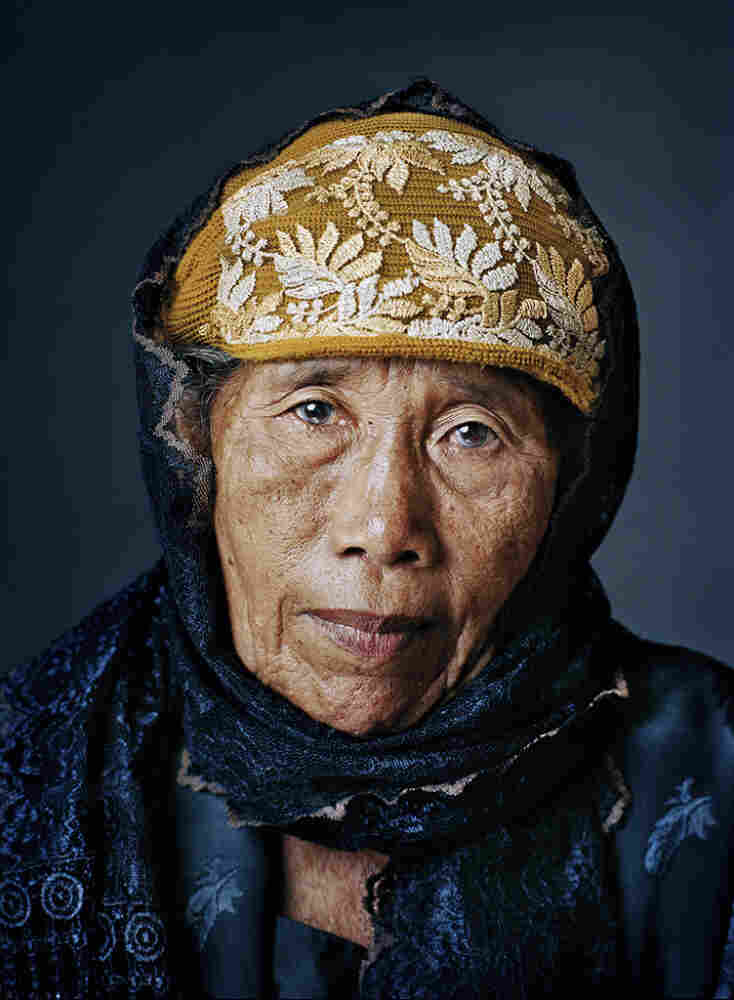 Like Niyem, who, at 10 years old was kidnapped and loaded into a truck full of other women destined for a military camp in West Java. She shared a small tent with two other girls, where soldiers openly raped them. "I was still so young," she is quoted by Janssen as saying. "Within two months my body was completely destroyed. I was nothing but a toy, as a human being I meant nothing, that's how it felt during the Japanese era."

When Niyem managed to escape and return home two months later, her parents didn't recognize her: "I didn't dare tell anyone that I had been raped, I didn't want to hurt my parents. I was afraid that no one would want me, that I would be left out. But people still abused me by calling me a 'Japanese hand-me-down.' Because I had been gone so long, they suspected what had happened. It hurt me tremendously."

Perhaps it's inappropriate to say that Niyem was "lucky" to make it out alive. Many women died during the war; but many more survivors would live with a suppressed emotional trauma for the rest of their lives — too embarrassed to tell even their most loved ones.

"We hope," Dutch photographer Jan Banning says, "even though it is very very late, that somehow this will be re-discussed — especially in Indonesia, moreso than here [in Europe]."

Comfort Women was selected by PDN for its 2011 Photo Annual, currently out now in its June issue. A documentary about the making of Comfort Women will be showing at the Artivist Film Festival in Los Angeles, July 8-10.