Gertrude Stein, once one of the doyennes of American letters, is the center of two concurrent exhibitions in San Francisco. Both tread some familiar territory, like her friendship and patronage of Picasso and other artists. But the exhibitions also reveal some lesser-known sides of Stein.

You will see a lot of Stein herself at the Contemporary Jewish Museum. Curator Wanda Corn says Stein loved to sit for artists. "You can count 25 artists," says Corn, "who at one point or another asked her if she would model for them or sit for her portrait." The show is appropriately titled, "Seeing Gertrude Stein."

Among the most recognizable portraits on the walls is a 1922 photo by Man Ray of Stein sitting with Alice B. Toklas in front of a fireplace in their Paris home. In the foreground the two women sit comfortably in cushioned chairs — though your eye is quickly jerked to the wall behind them, covered with paintings by famous friends such as Pablo Picasso, Juan Gris and Henri Matisse.

If you wanted to see modern art in Paris in the early part of the 20th century, you went to visit Alice and Gertrude.

"It was really, in a manner of speaking, the first museum of modern art," says Corn.

Stein and her brother Leo were among the first to recognize the birth of modern art. They collected Picasso and Matisse before anyone understood their importance. Corn says artists began to vie for a good spot on Stein's wall. "When you were skied, or high on the studio walls, you were perhaps an artist that was young and new to them," she says. "But, the stronger you became in their eyes, then your work was likely to travel down to eye level." 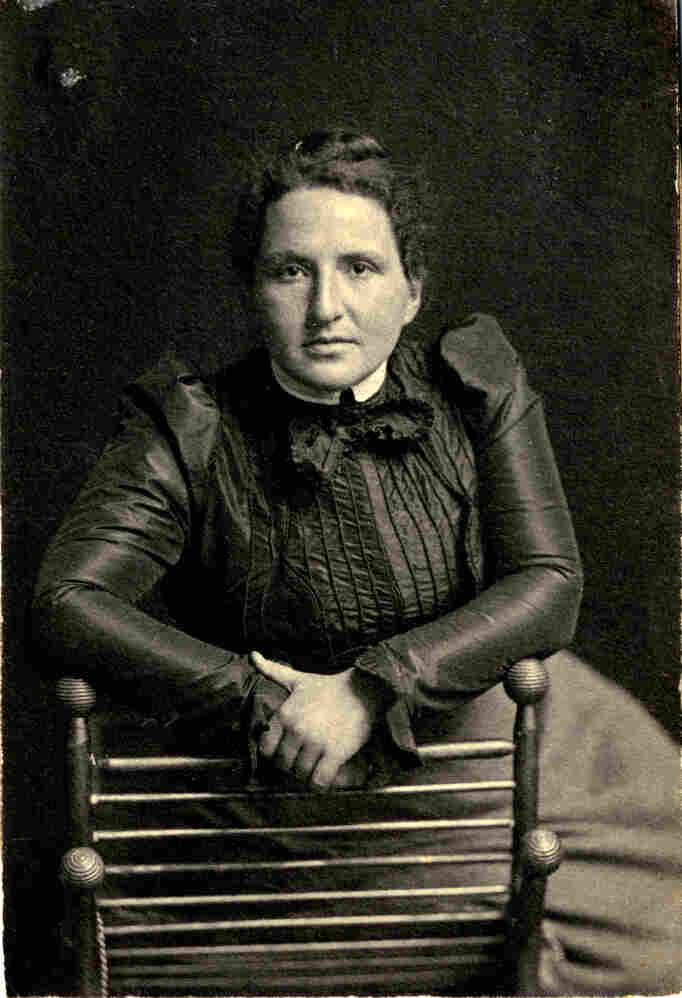 Stein's power in the art world made her friends and enemies. She had a short haircut that made her look a little like Julius Caesar, and the resemblance wasn't lost on artist Pavel Tchelitchew, who had been cast out of Stein's circle. He made an ink and sepia drawing of her in a toga, leaning back in a seat as if on a throne, holding a globe in one hand.

"That hand on the globe is very intentionally not only meant to be just the world in general, but the world of art," Corn explains,"which he is saying she had too much power and authority over."

Corn also wanted to give Alice B. Toklas her due in this show, emphasizing how important Toklas was in her own right. "There was no Gertrude without Alice and no Alice without Gertrude," says Corn. "They were joined at the hip, so to speak, from the time they started their domestic partnership 'til death."

Most of the art that Stein collected can't be found in this show. But go down the street to the San Francisco Museum of Modern Art for an exhibition called "The Steins Collect." Gertrude Stein's brother Michael and his wife, Sarah, lived just around the corner in Paris and were also avid champions of modern art. Curator Janet Bishop says that "they became in these early years Matisse's most important patrons and trusted confidants."

Gertrude Stein was much closer to Picasso, Bishop explains. And, she adds, the Steins introduced the two artists, "which had to have launched one of the greatest artistic rivalries in the history of art."

Though Gertrude Stein's siblings were in many ways just as influential as she was in helping discover and shape modern art, we most remember Gertrude's legacy because of her success as a writer — and her love of her own image.

Stein would probably approve of the many works done after her death that make up the last part of the exhibition at the Contemporary Jewish Museum. Curator Corn hopes people will see a whole person — "for people to be able to see her in her complexity, rather than just to reduce her to a single word."