Accessibility links
Photo History: The Fashions Of Women Of Color : The Picture Show Minh-Ha T. Pham, a visual arts and fashion scholar at Cornell University, started a blog featuring old photos of minorities and the clothes they wore. Her subscribers submit photos and stories of their own family members. Pham hopes the blog will translate into a photography exhibition.

In the past hundred years, trendy American women have worn everything from flapper dresses to bobby socks to bell-bottom jeans. But when we're talking about the history of fashion, Minh-Ha T. Pham, a visual arts and fashion scholar at Cornell University, says there's something — or someone — we often leave out: women of color.

Enter Pham's blog, "Of Another Fashion." There, Pham features old photographs of African-American, Native-American, Asian-American and Latin-American women — and the clothes they wore. Many of the pictures are submitted by readers and include stories about the women in them.

"In general, I'm trying to put together a collection of photos and stories that ... will illustrate the rich and complex texture of ... women of color — who have been both shaped by and shape American fashion in different ways," she says over email. 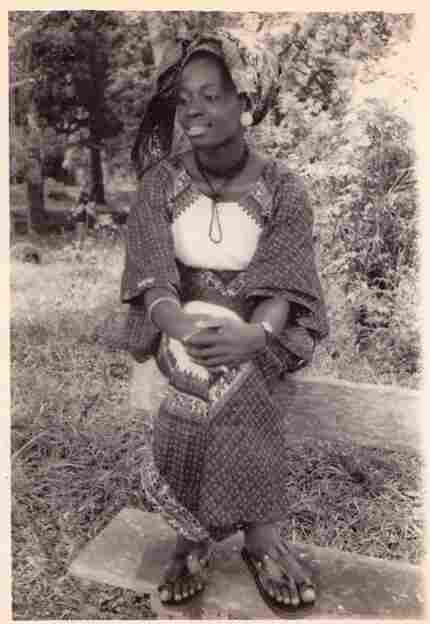 "This is my mother, Alice Antwi. She grew up in Kumasi, Ghana. She describes herself as someone who went 'with the flow' of fashion which, for many Ghanaians at that time, meant Western fashion. But back then, she told me, you wore whatever you had at the time." Ama Kyere via "Of Another Fashion" hide caption

toggle caption
Ama Kyere via "Of Another Fashion"

Pham got the inspiration for her blog after reading a Washington Post article featuring Lois Alexander Lane, who founded the Black Fashion Museum in the 1970s.

"As an academic, I've read a good amount of fashion histories and yet never encountered anything about Lane or her legacy," Pham says. And neither had Pham's friends, many of whom studied fashion. It inspired her to delve into the fashion histories of minorities in America.

The scope of Pham's blog is broad: It includes pictures of women of color throughout the 20th century in high fashion, mass-market items and hand-me-downs alike. She also features women abroad, including her mom, whose personal style is influenced by American movies and magazines. 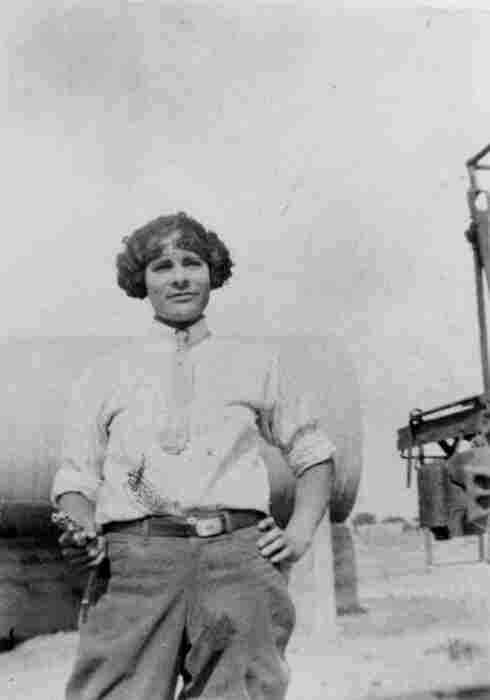 A woman wears pants and wields a gun in the 1920s. Los Angeles Public Library via "Of Another Fashion" hide caption

toggle caption
Los Angeles Public Library via "Of Another Fashion" 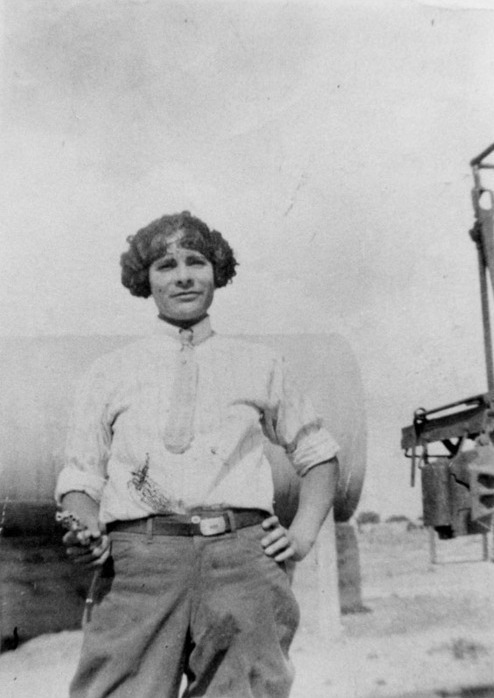 A woman wears pants and wields a gun in the 1920s.

Los Angeles Public Library via "Of Another Fashion"

But the photo that has gotten the most attention on her site isn't of some midcentury fashionista: It's a picture of a Mexican-American woman wearing pants, a button-down shirt, a tie — and holding a pistol. This, during the 1920s, the era of the flapper.

"This woman's decision to dress not in the flapper style but in pants in the 1920s is not only a fashion choice but a very brave choice because it bucks gender norms and expectations," she says.

Pham adds, "For me, this makes her all the more fashionable."