Accessibility links
So You Think You're A Superfan? : The Picture Show Remember that time you met Bono? Or the dude from Def Leppard? We asked for your photos, and here are our picks!

NPR Music's blog The Record currently has a series of radio and Web stories about fans supporting the musicians they love, called That's What Fans Are For. Last month, we asked you to send us photos of yourself with your favorite musician, and to tell us about the time you waited outside the club in the freezing rain for hours and finally got to — gasp — MEET THE BAND! 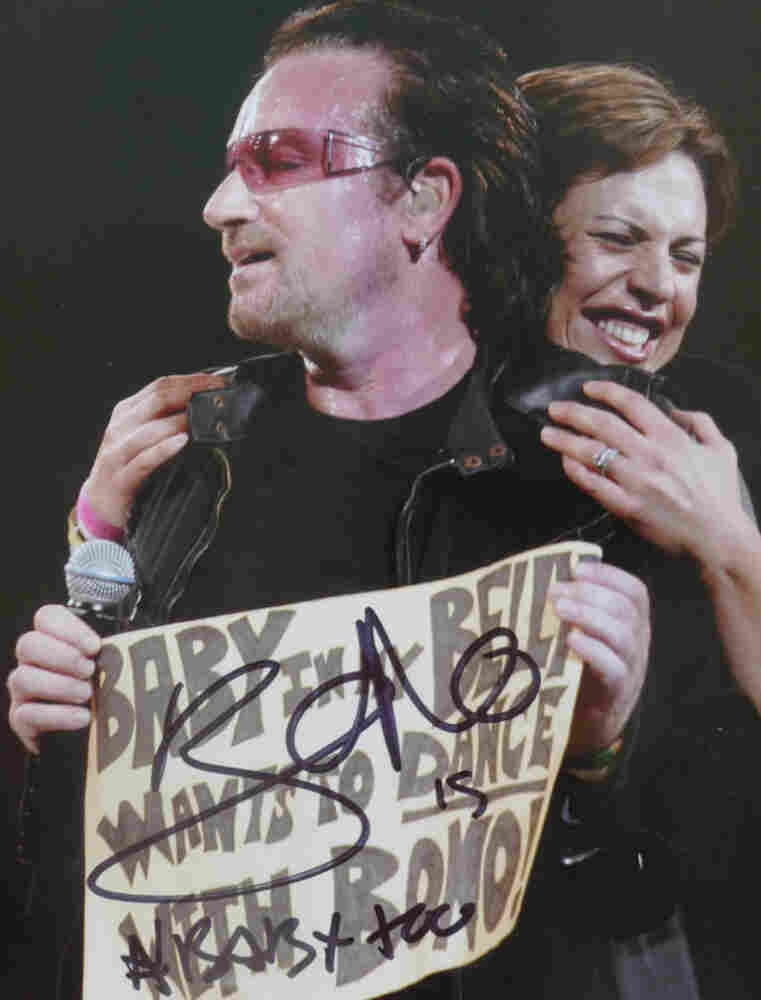 "Taken during the U2 Vertigo Tour in Boston, 2005. I was pulled onstage when Bono saw my sign: 'Baby in my Belly wants to Dance with Bono!' He recently signed the picture at a show during the U2 360 tour!" Courtesy of beth.anderson2007 via flickr hide caption

Well, the photos came flooding in, through Flickr and Twitter and Facebook, and we found some gems. Specifically, we found an oddly disproportionate number of Def Leppard fan pics, and discovered that you probably don't "wanna fall in love" with Chris Isaak because you'll have a lot of competition. From Kelly Maddy's ballroom dancing moment with Henry Rollins to Amber Avalon getting Bret Michaels to autograph her shoulder — which she later tattooed on — here are a few of your stories: